Model fan celebration of protagonist, 14th Super Kids land Tamiya World Modeler’s contest was held at the Super Kids land head office of Nihonbashi Osaka. On this day, the pride of work Kansai model fans bring together 104 points. From battleship to scene of four wheel drive mini, works rich in variety was filled the venue.
This time, the brilliantly won the Super Kids Land Awards, is followed Takashi Yamaguchi became the second Grand Prize to last year, “Force Z”. The theme of the Royal Navy battleship Prince of Wales of 1/350, epic that was incorporated to make it thoroughly until the details are now imposing of winning. But was this year’s theme challenges department enjoy what works from collecting of attention that the “ship” the, Mr. Kiyoshi Otsubo of “torpedo! I was surprised to. ” Style that lively that captures the moment of torpedo is wonderful. But fun work other than work that was winning the venue was full, it is regrettable and is not able to introduce the all by HP. Next time If you are interested, please come by all means to the venue. It is a guarantee that you will want to make a kit model and if you look.
In addition, Super Kids Land Award in this winning works, Tamiya Award (single, scene awards), challenges department grand prize, each piece of ideas Prize until May the Shizuoka Hobby Show will be held, on display at the Tamiya headquarters Please come and visit us if you are a chance to visit Shizuoka so. Well next time after one year, and whether the encounter with any fun work? Expectations will bulge from now. I am looking forward to boast of work of everyone. 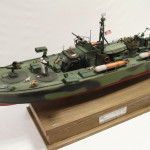 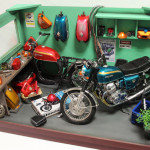 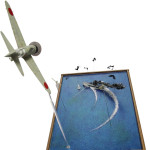 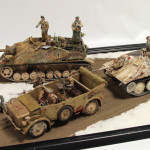 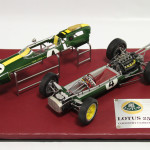 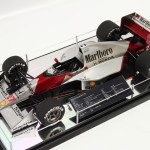 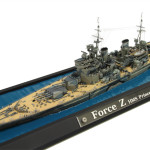 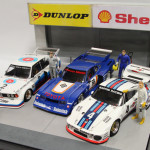 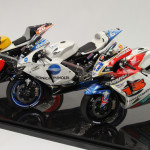 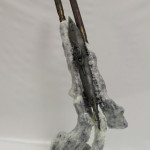 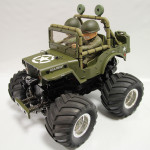 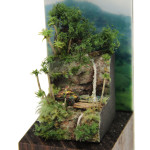 TOTTORI – When scattered wreckage believed to be the remains of the Imperial Japanese Navy battleship Musashi, which was sunk during World War II in the Philippines’ Sibuyan Sea, was found earlier this month, it sparked interest in the site and the legendary vessel.

An increasing number of people have visited the grave of the ship’s captain and a museum dedicated to the vessel, while related books have been selling well.

Relatives of crew members who perished in the sinking and people with connections to the warship hope the renewed interest will help convey the experience of the war to the next generation.

The Musashi and its sister super-dreadnought, the Yamato, were Japan’s biggest warships and among the largest battleships ever built.

An increasing number of people are vising the museum at Mitsubishi Heavy Industries Ltd.’s shipyard in the city of Nagasaki, where the battleship was built. More than 50 items are on display, including a model of the Musashi.

The number of visitors has been on the rise since Microsoft co-founder Paul Allen said he had found the warship. Before the news broke of the discovery, the museum had 15 to 20 visitors a day, but that number increased to more than 60 at one point.

Many people are visiting the grave at Tozenji Temple in the city of Tottori, where Vice Adm. Toshihira Inoguchi is buried.

Inoguchi was the last captain of the Musashi. According to Takao Kaneda, 59, the head priest of the temple, the grave had not been well known.

Only members of the Maritime Self-Defense Force and those who are related to the Musashi had visited the grave. Since the news that the wreckage was found, more people, mostly seniors who experienced World War II, have visited there with food offerings to pray for him.

“I hope (news of the ship’s discovery) will help younger people know about the war,” Kaneda said.

Shipments of the book “Battleship Musashi” by the late Akira Yoshimura, which is regarded as a masterpiece, jumped between March 1 and March 18, according to publishing house Shinchosha Co. Some bookstores in Tokyo ran out of their stock.

Sales of plastic models of the Musashi have also jumped, said a spokesman for Tamiya Corp.

Relatives of the dead sailors hope the rekindled interest in the warship will help convey the experience of war.

“I’m glad to know that an increasing number of people are visiting the grave,” said Isamu Inoguchi, 76, a son of Vice Adm. Inoguchi who lives in Nakano Ward, Tokyo. “I hope the attention on the Musashi will help them know and learn about the war and history.” 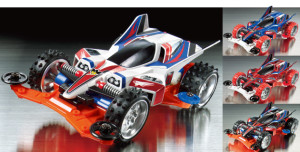 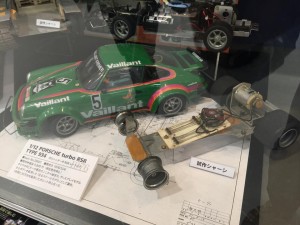 Colo Aniki No. 2
Item No: 63609 March 14日年2015 (Saturday) Release 750 yen (base price 694 yen)
A5 size 546 issue page: Shogakukan [Colo comic No. 2 adults die give to Colo graduates] ” CoroCoro Comic “you can not experience in, Colo of Aniki magazine packed with cartoon game Hobby, No. 2 is finally the emergence of popular,” Colo Aniki “. In addition to the series second episode of the large read the echo newly written by the “Roaring Brothers Let’s & Go !!” author of the hip was Tetsuhiro teacher manga “Roaring Brothers Let’s & Go !! return racer’s”, that “dash! Four wheel drive wax “is resurrected finally by genius-Hiroyuki Takei teacher of the hands of the cartoon world, dash legend of the new century is to start from here! One book essential to all four wheel drive mini fan. This is not to be missed! 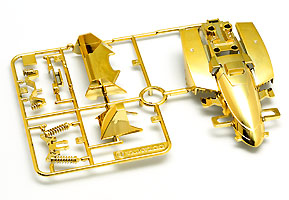 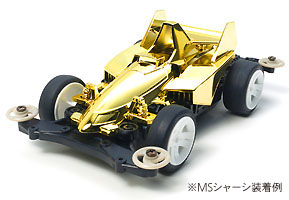 ※ chassis is not included. MS / MA and can be mounted on the chassis.

★ March 14 from (Saturday) Start ★ be held in such nationwide model dealer “Let’s go to the hobby shop! campaign 2015”. When you apply it to collect the points of speed lottery that get one in every 1,000 yen Tamiya product, ultra-premium Tamiya goods that was well-known brands and collaboration will hit in the lottery!

HOKUTAN × TAMIYA suitcase
most ancient as fiber processing manufacturer in existence, during wartime to manufacture the trunk case for transporting the goods of the Imperial Japanese Army. And sturdiness that has been backed by the tradition, simple proven luxury suitcase of HOKUTAN in design. The two companies that stick to making things is was realized by sympathy, in limited to 15 people a TAMIYA collaboration model.

MANGART BEAMS T × TAMIYA
original parka
born in Harajuku in 1976 as a pioneer in the select shop. Then, also popular as the original brand of apparel and accessories, current continues to affect also to the various culture not only fashion and BEAMS. This time, the original parka of authentic design of Amekajiteisuto that me made ​​for Tamiya to 50 people. 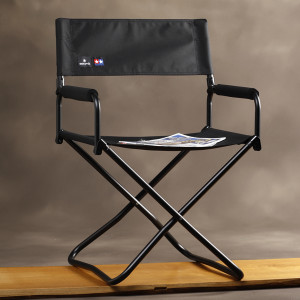 snow peak × TAMIYA Garden chair
Niigata Prefecture Sanjo departure, popular outdoor brand snowpeak in the world. Innovative product development and craftsmanship I have attracted the attention of outdoor fans in shiny high-quality products. Comfortable well also, a special specification model that contains the logo of both companies W name to a popular garden chair in 50 people in making a firm. 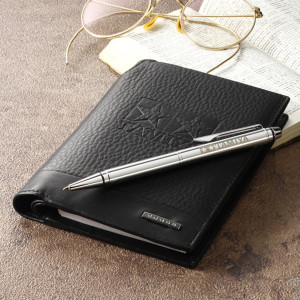 CROSS × TAMIYA Jotta (Notepad) and pen
writing instruments America boasts the oldest brand CROSS. Since 1846 of its inception, has been rolled out innovative products in design and functionality. Jotta you were using the finest nappa leather this time (note holder) and accessories pen set of, the special specification to 100 people who engraved Tamiyarogo to each.

★ How to apply
In a semi-ticket lottery that get in the shop to turn off the “application ticket”, please apply by collecting the application number necessary to hope prizes.

[1] to apply a dedicated application postcard

★ Turn off the “dedicated application postcard” in the campaign participation shop, please use. Paste the “application ticket” of the required number in your application, all the necessary information, please fill out. It becomes invalid if there is an omission. ★ Please paste your sure the 52 yen stamp on postcard.

[2] The applicants in the postcard

★Telephone number
The (one) prize to apply ※ The size Those who wish BEAMS original parka also fill out please. ★ Is either this time, retailers name you purchased a Tamiya product? ★ What did you know this campaign? (Example: over-the-counter posters, website, such as magazine advertising) [destination] Yubinbango422-8610 Shizuoka Suruga-ku Ondabara 3-7 Tamiya Sales Section “Hobby Shop 2015” coefficient [deadline] May 15, 2015 (Friday) the day postmarked [prize dispatch] ★ on the lottery, the winner will ship the prize in mid-June. ★ I will return to the winning announcement concluded shipping of prizes. 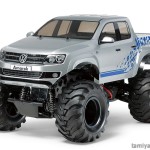 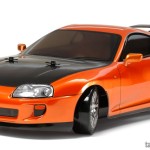 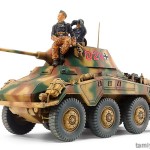 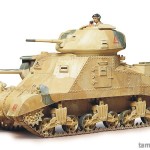 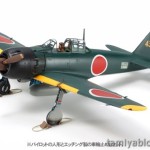 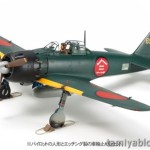 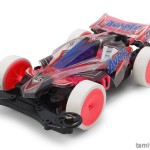 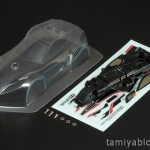 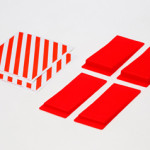