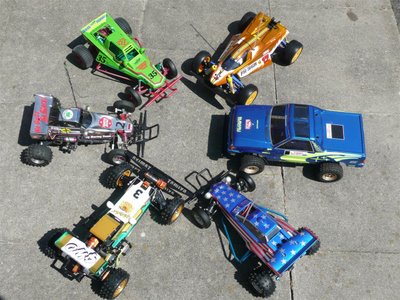 The title is changed from a Pet Shop Boys album called Alternative and featuring B-sides and alternative versions of some of their songs. I really enjoy the Tamiya re-releases as they are a great opportunity to try alternative paint schemes and modifications on those lovely classics without regrets and worries about failure or “value depreciation”. I build the original versions in box-art and try stuff I always wanted to try on the re-release versions. Hope you like some of them and maybe be inspired to try your own alternative ideas on them. Once again thank you Tamiya for those great rereleases, which other company offers such a chance? 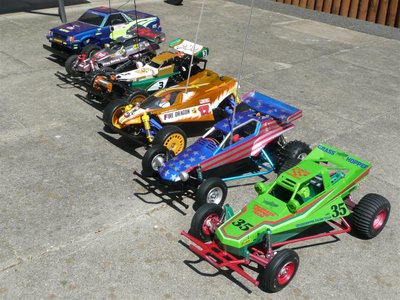 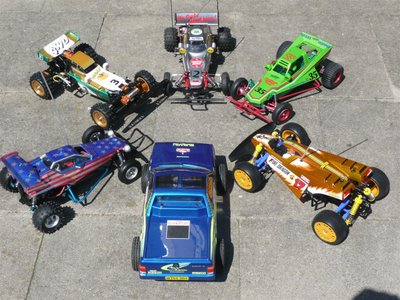 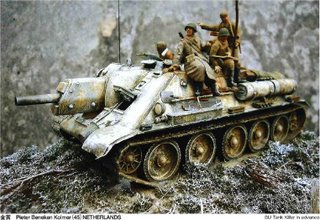 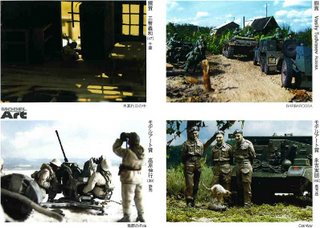 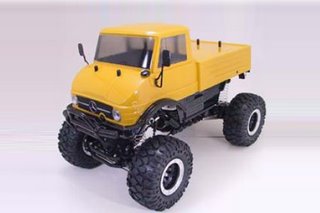 It is interesting and very pleasing to see that Tamiya again used a vintage classic for the body of their second CR-01 kit, will be interesting to watch if this series will also in the future bring more classics, the team of tamiyablog.com hopes so. The chassis and technical specifications are the same as at the Tamiya Toyota Land Cruiser 40 – CR01 so details won’t be repeated here, except some facts about the Mercedes Unimog:

Unimog designates a range of multi purpose four wheel drive medium trucks produced by Mercedes-Benz, a division of Daimler AG. The name Unimog is an acronym for the German “UNIversal-MOtor-Gerät”, Gerät being the German word for machine or device. They are built in the Mercedes truck plant in Wörth am Rhein in Germany.

New Unimogs can be purchased in either of three series.

1. Medium series 405, also known as the UGN (“Geräteträger” or equipment carrier), is available in the U300-U500 model.
2. Heavy series 437, also known as the UHN (“Hochgeländegängig” or highly mobile cross country), is available as the U3000-U5000 model.
3. U20 is the smallest Unimog. It is based on a shortened U300 frame and has a cab over engine compartment from the Brazilian Accelo light truck (Caminhões Leves) series.

The first model was designed shortly after World War II to be used in agriculture as a self-propelled machine providing a power take-off to operate saws in forests or harvesting machines on fields. It was designed with permanent 4WD with equal size wheels in order to be driven on roads at higher speeds than standard farm tractors. With their very high ground clearance and a flexible frame that is essentially a part of the suspension, Unimogs are not designed to carry as much load as regular trucks. Unimog series is improved constantly and still produced, that is now already 61 years!

Due to their off-road capabilities, Unimogs can be found in jungles, mountains and deserts as military vehicles, fire fighters, expedition campers, and even in competitions like truck trials and Dakar Rallye rally raids. In Western Europe, they are commonly used as snowplows, municipal equipment carriers, agricultural implements, construction equipment and road-rail vehicles.

Unimog series numbers like 401, 406, or 425 in this article are the factory numerical designation (“Baumuster” in German). Unimogs also have a sales model number like U80, U120, or U1350. Each series can have several model numbers, as they are equipped with different engines. 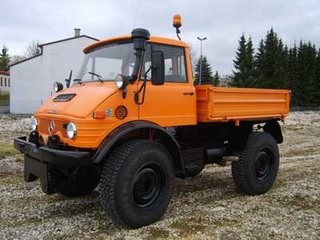 Tamiya will also release a special lexan colour for it, 86056 PS-56 Mustard Yellow.

As a visitor has correctly commented, did Tamiya release so to speak the “Junior” version of the new Unimog in the mid eighties (item number 19009). Though the early Mini 4WD models from Tamiya were mostly “Junior” versions of already existing RC-models, there are quite a few body designs that were first released as Mini 4WD models and then later as RC-models. However, the Unimog is quite unique as it took Tamiya more than 20 years to release a “big brother” for their Unimog “Junior”! It’s a “late”, but very welcome release indeed! 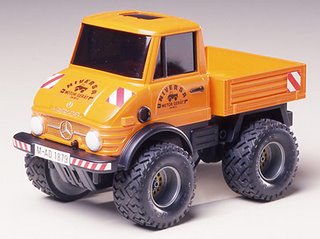 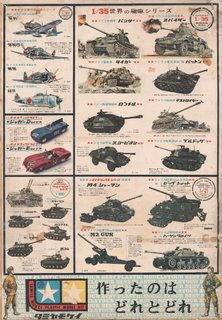 Tamiya’s current confidence is not just a model not only the body but it’s good, and not in the building. After-sales service, public relations, market research, study and try to look astonishingly dense activities. It also turned as a manufacturer of plastic model from the beginning. This is our laboratory’s oldest save the poster to the public.

A highlight is 1 / 35 series of new products as “light tank American Destroyer” is being introduced. Carefully 1 / 35 as a model dimensions and “TKK25 motors, C battery x2” written in so far as the model of apparently was trying to file. In fact, this comprehensive catalog describing the 1964 version of it. However instead of being released, and the blank kit No. 10 has a speed contest M41 is a last minute as previously reported. New collection of the museum will be a huge problem, pocket Destroyer T92 series are utilized. It is not just a typographic error in the World Series of Stalin tanks and Crusader’s name is printed on the coming and going wrong.

It is difficult to understand in this photo, but Patton bulldog and as far away as polychlorinated caterpillar! (Of course the original rubber caterpillar). By the way, the bottom of the illustration is Japan’s Shigeru Komatsuzaki soldiers artist, but the ride is the right person in a stream that had been released, but this person is left after a 10-year wait for further vehicles.