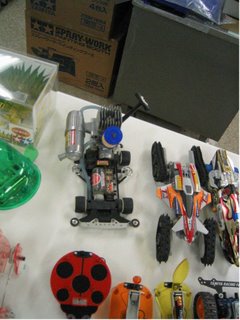 Thanks to bakaguyjean for the photos 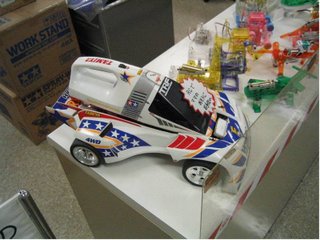 Thanks to bakaguyjean for the photos

Report from Dazmeister who was there (many thanks for allowing us to publish them here):
“When I went on the Tamiya factory tour on Monday I saw the development guys working on a lexan Countach but was not allowed to take photos. Another car I saw was a Wild Willy style Tamtech gear with battery in the rear with a poorly fitting Jeep Wrangler shell, I think this was a development mule for a GB01 Wild Willy. Sometimes these things do not make it into production but this had perfect scaled down Willy/Blazer tyres so it must be a very strong possibility.
…
The Countach body I saw was the same dimensions as the ABS original so will be a 1/12th scale on the same chassis as the Porsche 934. When comparing the original 934 to the new Tamtech 934 by eye they look exactly the same dimensions.
…
When I went to the Tamiya HQ on Monday I saw a Tamtech Gear with scaled down original Willy/Blazer tyres in the development office. The chassis was GB01 with the battery pack at the pack like a Willy 2 but topped with a poorly fitting Jeep Wrangler shell. The wheels looked like scaled down Willy 1 wheels too so this must be a future 2007 release as they wouldnt make the tooling for nothing.” 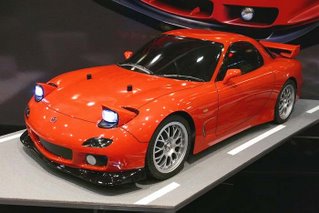 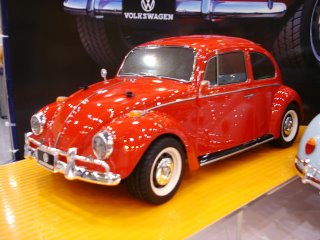 Source and more can be found here 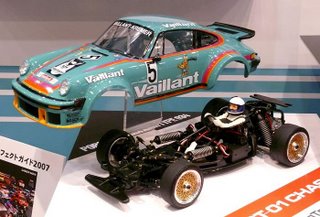 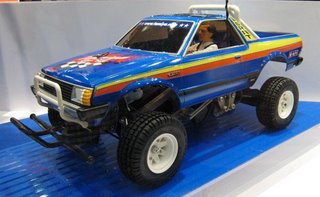 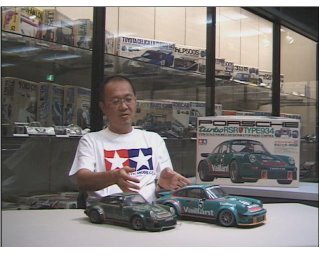 The opportunity which makes the Q.1 electromotive RC car

At that time, the fact that I speed am present tremendously by the racing car of 1/8 was done. However, sound being large, in order to be able to send, because the wide place it was necessary, when the RC car is made by electromotion, that with your own hobby, proposed desired ones to the company whether it is not to be possible at the various place. Exactly, because plan of 1/12 Porsche scale model was the under way, the president this that to be a story which you say whether it cannot make the RC car, could do the RC car that as an opportunity, it is.

Because we like this work, there is no hardship, is, but because that time when it developed there was no private motor of the RC car, some motor is good from the motor for industry which is marketed? With the test machine was made in order to select the fact that you say. In a manner of speaking, it is the measurement equipment. The data was taken in various ways with that. At that time, various technical basic research was done in addition to extent and the motor where the data becomes thick. From among such, being original, it had making the RC car private motor, it is.
As a funny episode, Porsche of the actual car met to the company in order this to make the scale model it is, but riding that, it went to the demonstration where the various manufacturer of Nagoya RC gets together. So, [huruchiyun] doing this RC Porsche, when it can send the electric battery and the motor at all in the different thing, it was faster than the engine car. The person of the manufacturer of the engine car which that is “just a little demonstration you stopped and” with, there was also a kind of thing which is said.

Because it became that this Porsche anniversary model appears, when you say that smell of oil does returning to starting point once more in opportunity, interest of the RC that car, as a car, perhaps, difficult to understand, but, we would like to make the kind of model which smell of such genuine car does, when is, we would like to keep making the kind of model to which dream keeps spreading from the model. 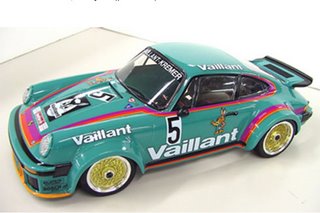 Following the announcement of the Porsche Turbo RSR Type 934 as Limited Edition R/C and Collector�s Club releases, Tamiya now presents this car as an R/C assembly kit in the TamTech- Gear series on a brand new chassis. This newest vehicle is in the same scale and coloring scheme as the original R/C car from 30 years ago and marks a departure from the buggy and truck styles of previous TamTech-Gear releases.

Released with changes as the re-released Frog. Probably as with the rerelease body set there will be no metal core in the roll bar. So it seems the re-release wave is not over yet!