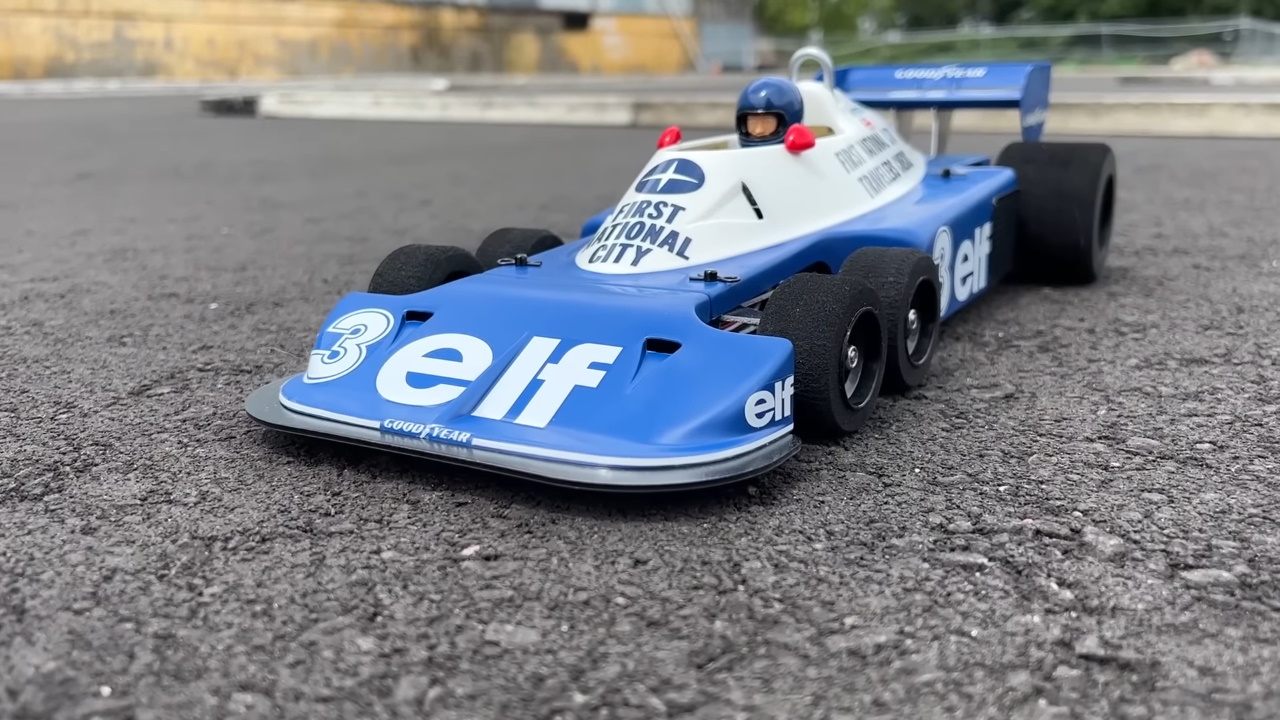 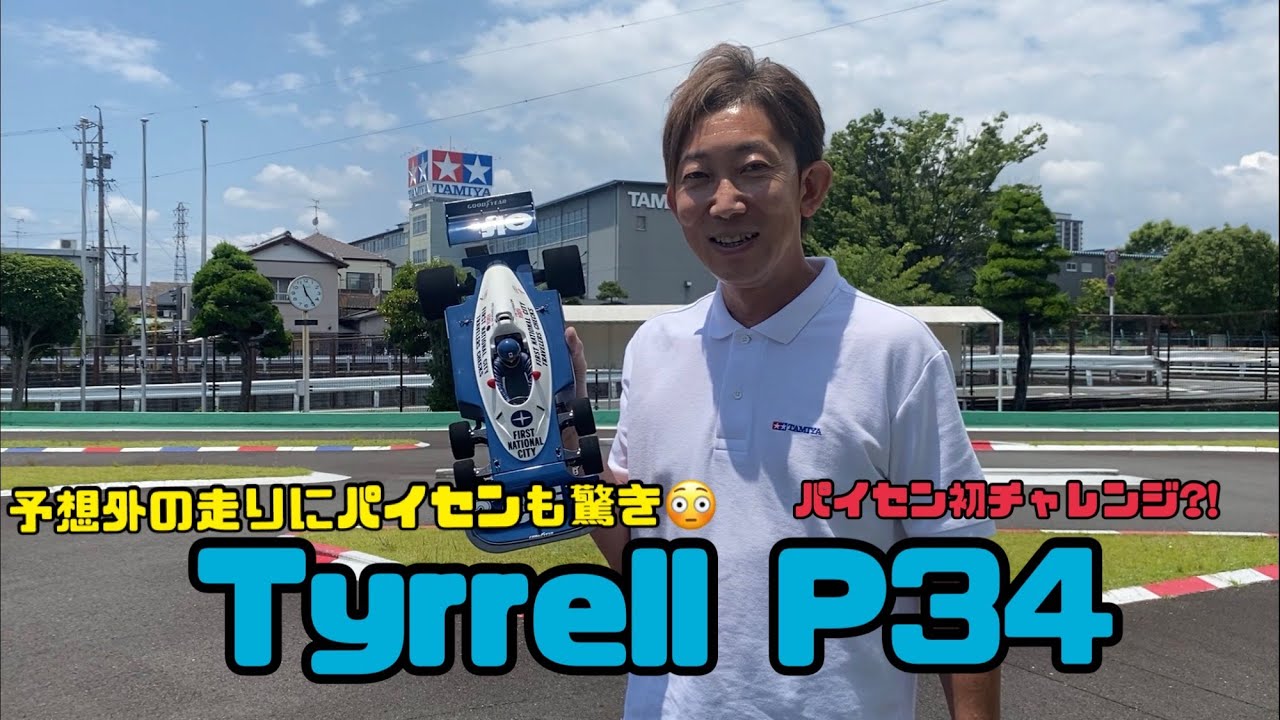 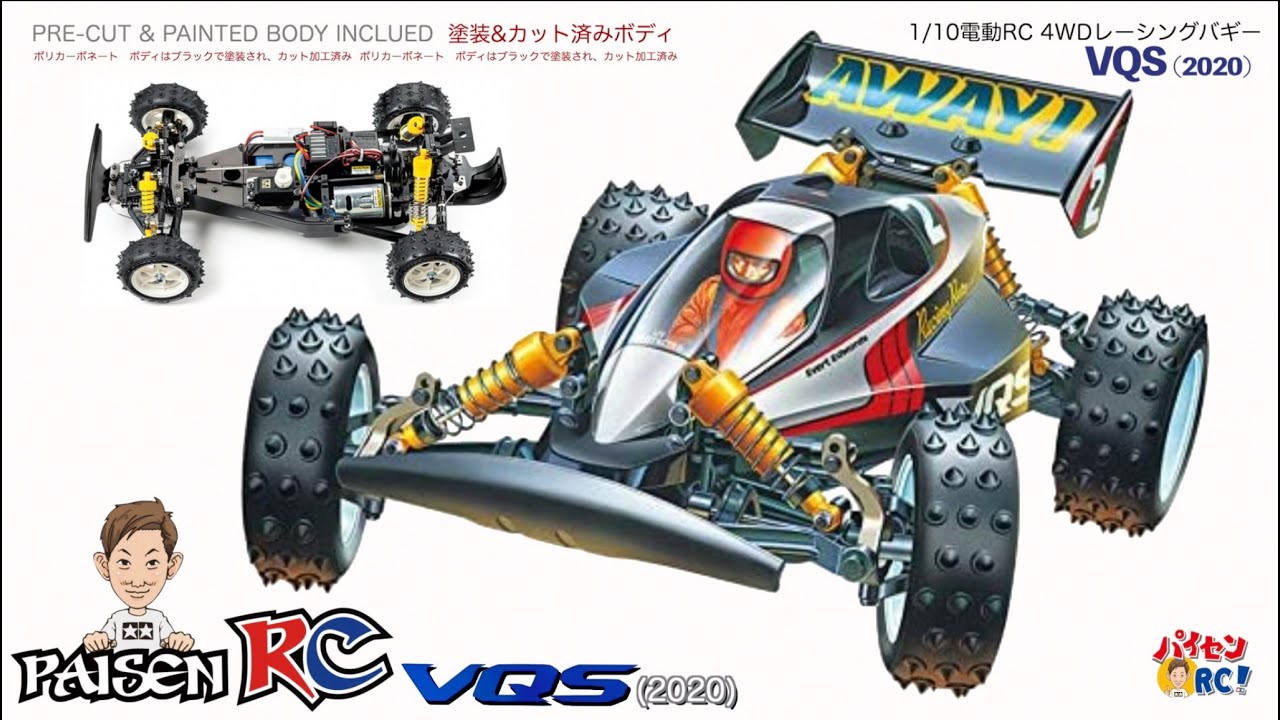 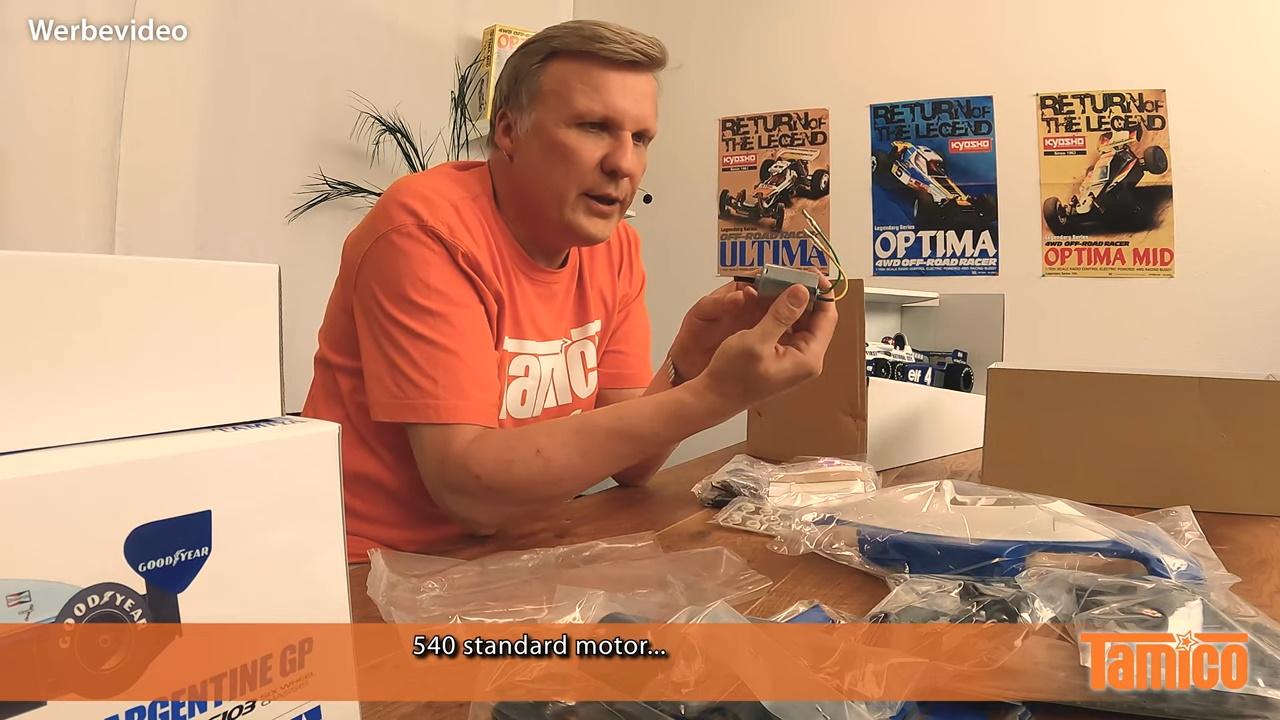 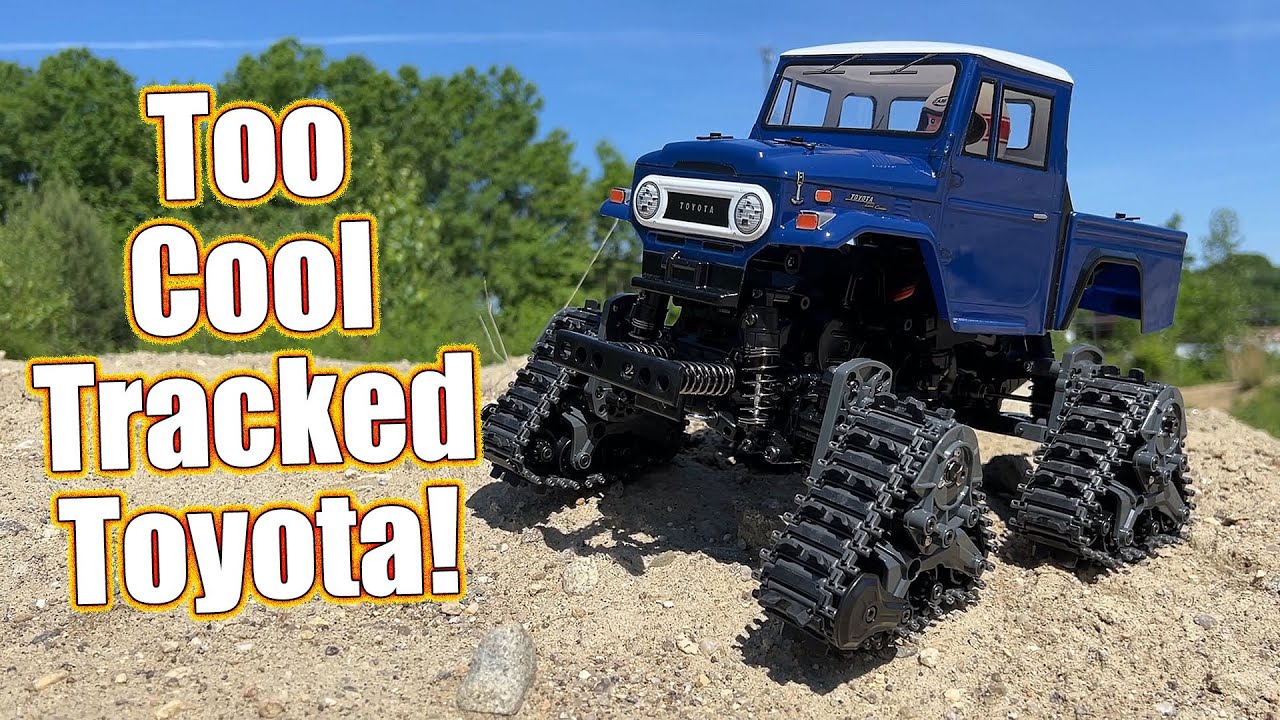 The Tamiya Toyota Land Cruiser 40 is back as a kit with their Quadtrack system. The new GF-01FT, is a full build up kit that fulfills a fun modeling experience and when completed turns into a fun terrain terrorizing machine too. The Tamiya Quadtrack system is one of the best we tested for an RC. So if you want a tracked RC vehicle, this fun kit is once to consider!
Source: RC Driver 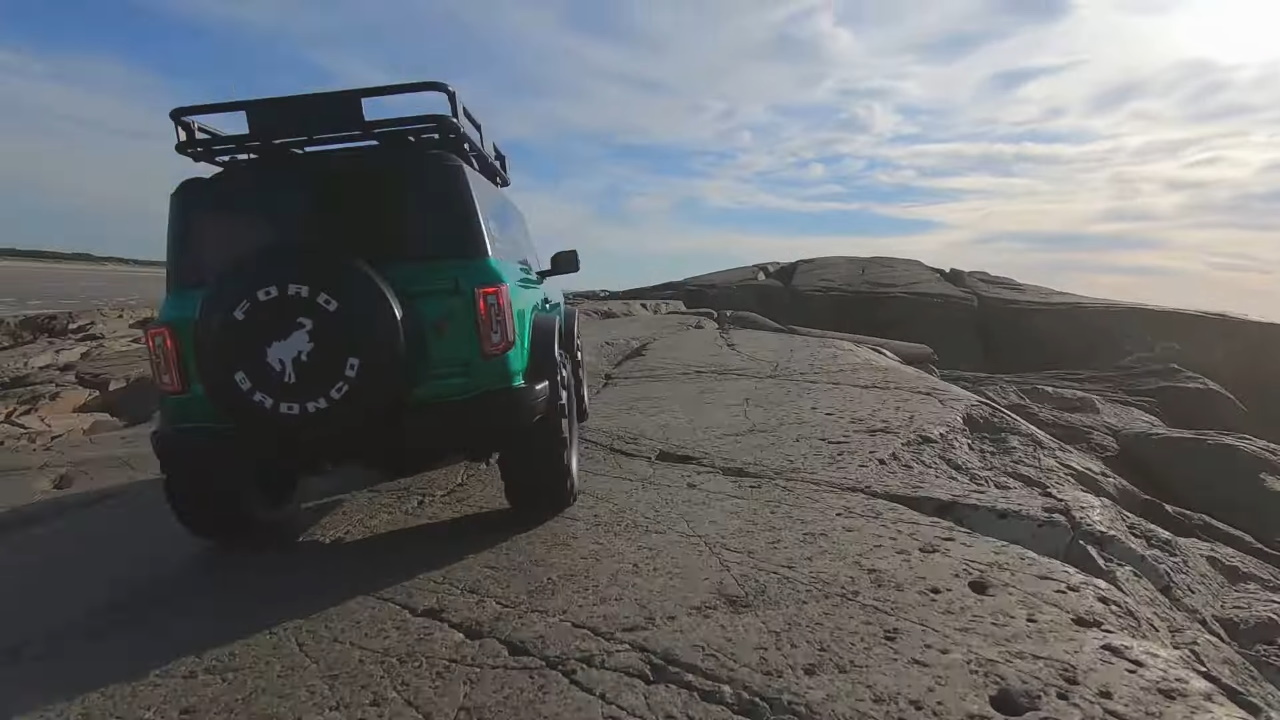 When it comes to fun RC build models, Tamiya creates some amazing kits and the 2021 Ford Bronco CC-02 is a stunning 1/10 replica. Tamiya went with the 2-door version of the new Bronco and also added a bit more detail by including a roof rack, and bull bar up front along with some other impressive accessories. Greg will go over all of that here along with an amazing drive of this beautiful crawler along the coast of Maine. If you’re looking for a great RC modeling experience or you’re just a new Bronco fan, then you need to see this kit!
Source: RC Driver

We have another Tamiya Lunch Box Mini SW-01 found to feature! This time however it’s an XSA version. This means it’s an Expert Semi-Assembled kit from Tamiya. The iconic little mini size van comes built from the factory with the motor installed, body painted and decaled and the only thing you need to do is drop in your choice of electronics. For some drivers, this is a great opportunity to reuse some old RTR electronics they may have lying around. In this video Greg shows how easy it is to install some spare radio gear he has and then takes the Van out for a drive and remembers just how much fun this Tamiya model is!
Source: RCDriver

Well, it’s back Tamiya fans! The Tamiya Thunder Shot found here: https://snp.link/38e9db67 has been rereleased once again and if you missed the original or 2005 buggy, you don’t want to pass up on the Thunder Shot 2022. The buggy will bring back lots of memories for some and if you’re new to the hobby, this is a fun way to experience the early days in RC. The Thunder Shot 2022 is a full build up 4wd off-road buggy kit and has a few tweaks from earlier versions. In this video Greg will go over some of the basics of this buggy and give it a classic bash run in a dirt parking lot. This is truly a fun kit, see for yourself!
Source: RC Driver 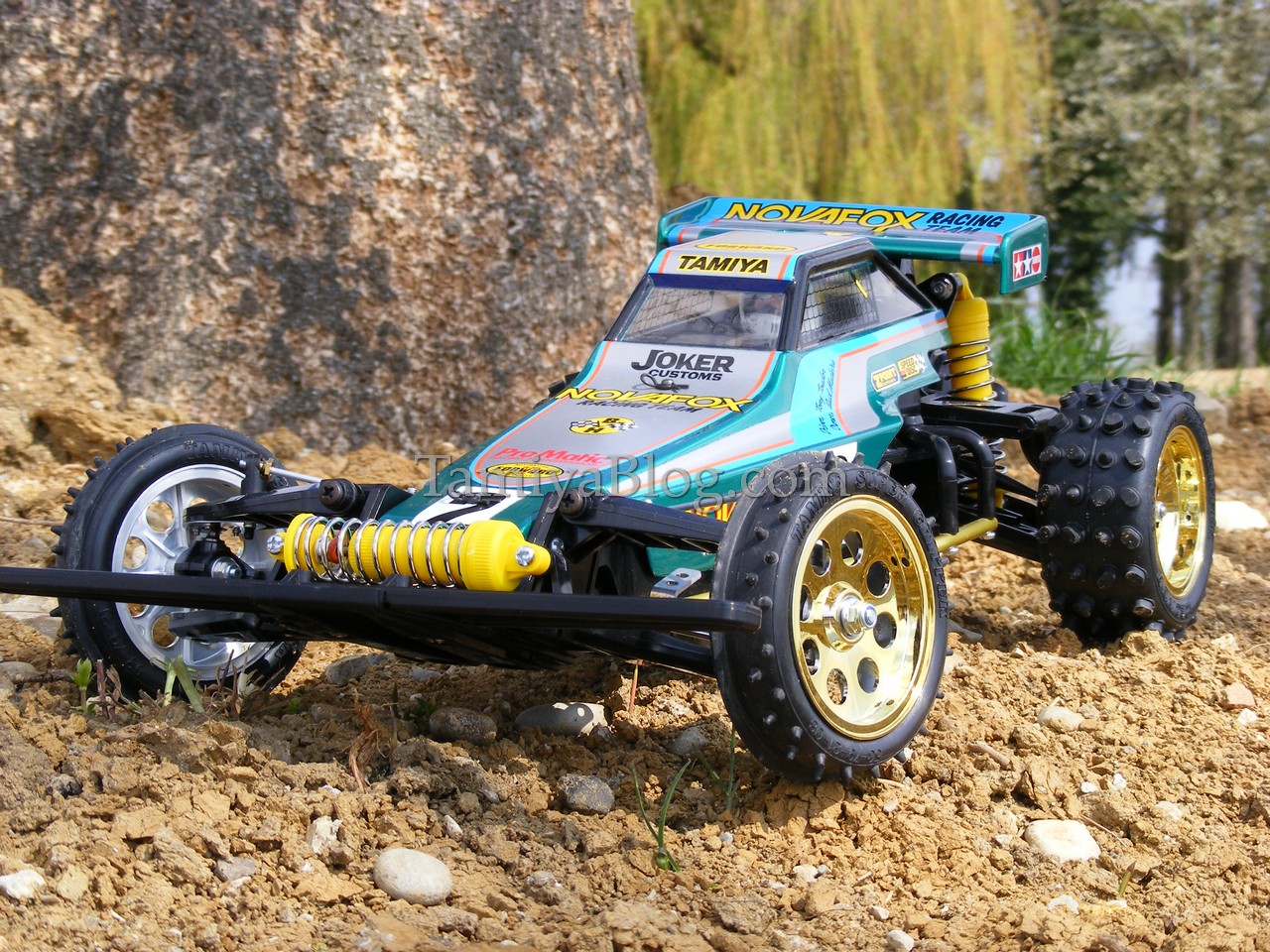 The Tamiya “Fox” was my third Tamiya buggy back in the good old days.
And yes, I loved this car. Compared to my “Falcon” and “Grasshopper” the suspension worked really well. Incidentally, it was the first Tamiya vehicle to feature the “modern” yellow C.V.A. dampers. And the car wasn’t just fast, it looked fast too. The flat and slim design shaped a whole generation of buggies in the 80s and 90s.
And when Tamiya brought out the re-release of “The Fox”, the “Novafox”, I had to get one right away, of course.

Still, it took a while for me to finally finish it.
And that almost annoys me a little, because the “Novafox” looks so damn good now.

Back then, 1985 to be precise, the “Fox” could well be considered the first attempt at a competitive 2WD buggy, which, as we know, it never really was.
But for the ambitious leisure driver, the car was really more than good to use. And I had a lot of fun with my Fox back then when we competed with Hornet, Frog, Falcon, etc.

And with the closed chassis, the car was well protected against dirt, which of course was less good for quick maintenance at races.

But now to the “Novafox”.

As with every Tamiya re-release, building it was tremendous fun. It was like a little throwback to building my first “The Fox” back in the 80’s.
The “Novafox” is already almost completely equipped with ball bearings. We also gave him the 4 standard 1150 bearings for the front wheels, who are not included with the kit.
And of course a Tamiya “Sport Tuned” motor could not be missing. To give it a little individual “touch”, I use the “2WD Front Rib-Spike Tires” No. 54896.
The wonderful golden “Aluminum Nerf Guards” are an old Hop Up part from “Parma” which I had at home for almost 20 years. And goes wonderfully with the golden rims and the metallic green paintscheme.
We are extremely happy with the result and look forward to the soon to be released re-release of the famous “Thunder Shot”, one of our absolute favorite 4WD buggies from the 80s.

But for now, enjoy the “Novafox” ! 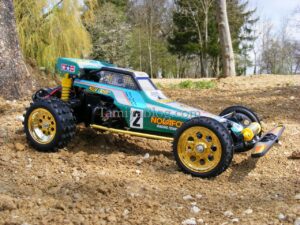 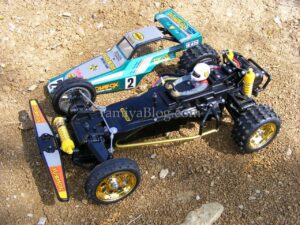 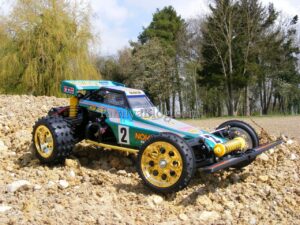 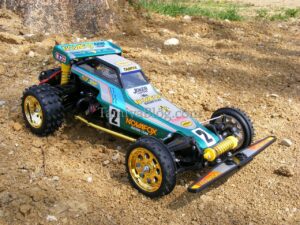 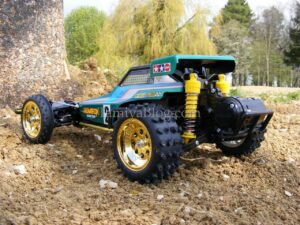 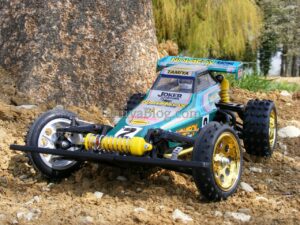 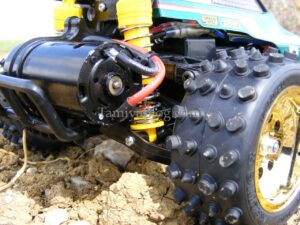 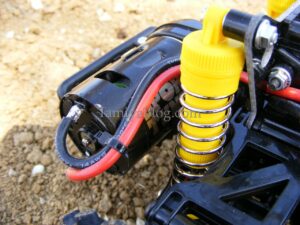 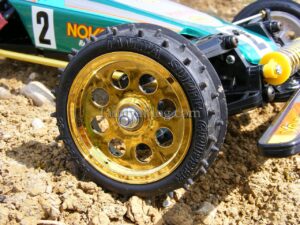 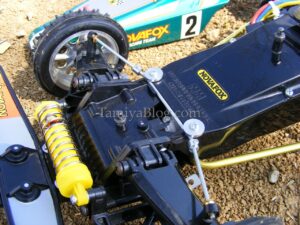 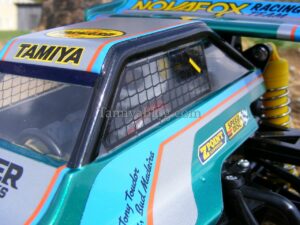 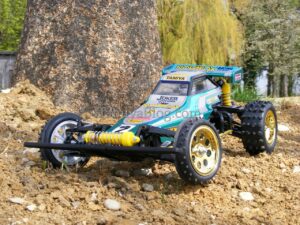 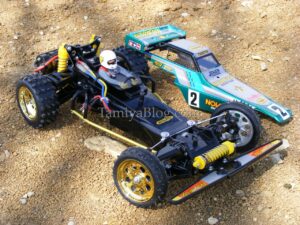 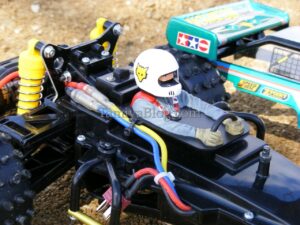 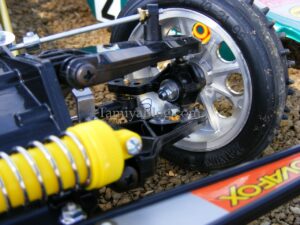 Thank you for watching ☆ ★ I brought the Yaris WRC this time !! Yaris runs insanely. Running around the slope, 🤣 It may break, so please do not imitate it 🤫 (laugh) It’s getting hotter recently, and it’s raining more … ☔️ Everyone, please be careful about heat stroke and enjoy the RC car ☆ ★ I’d like to continue shooting in various places, so if there are recommended parks and spots Please comment ☆ ★ (Please note that some parks do not allow RC cars to run.) Also, we are looking for requests, so I would like to see this video ~ or go here. We look forward to your comments 🔥 Thank you for watching ☆ ★ ————— Paisen RC
Source: Paisen RC Mini