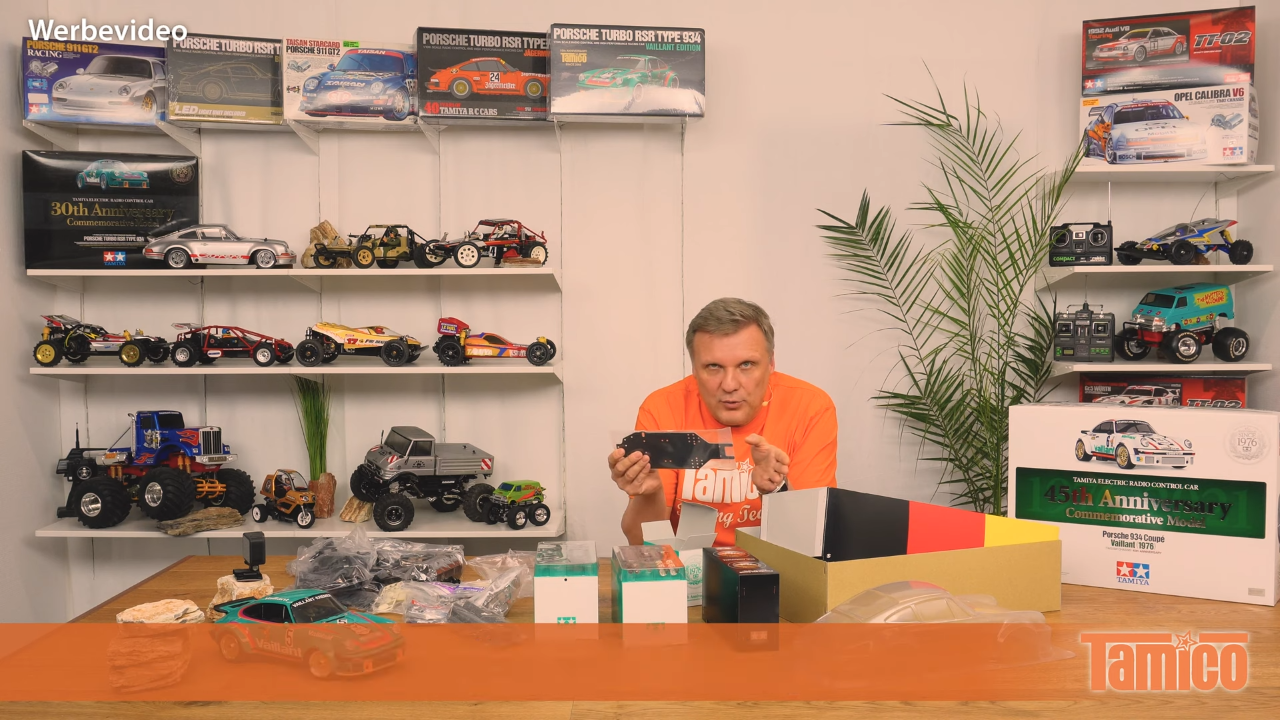 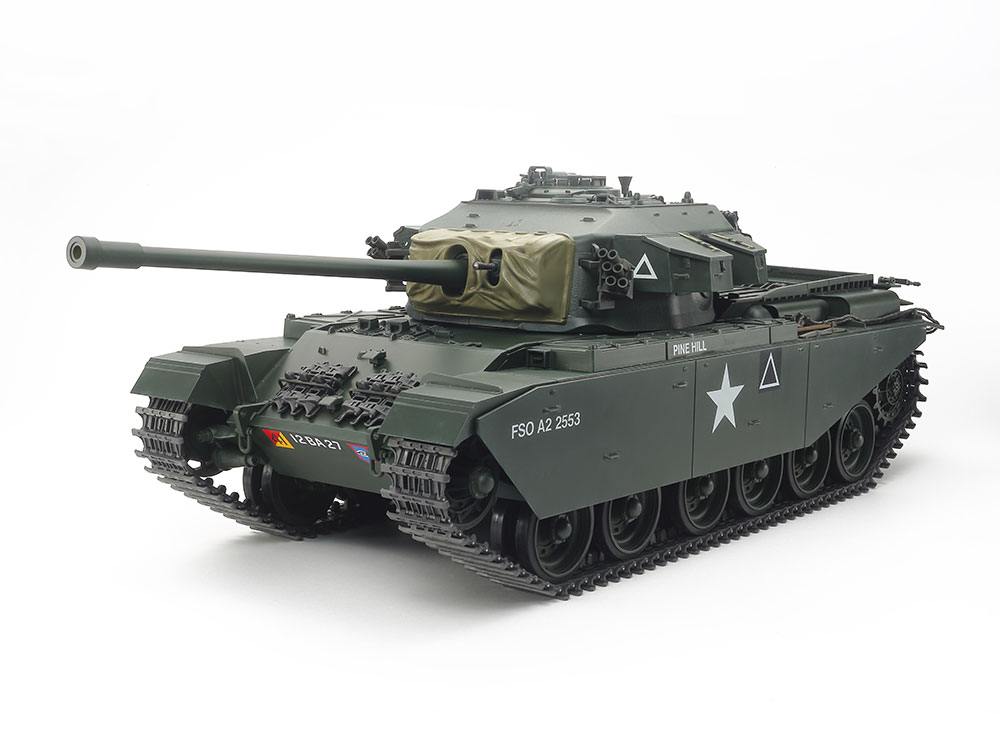 About Centurion Mk.III
At the end of World War II, the Centurion was developed by the British Army as a vehicle that can compete with powerful German tanks such as Tiger and Panther. The main gun is equipped with a 17-pound gun, which boasted the best anti-tank capability in Britain at that time, and equipped with equipment that sets it apart from conventional British tanks, such as slanted armor and Horstmann suspension. Although it was not possible to put it into action during World War II, it was the first to enter the Korean War that broke out in June 1950. The improved Centurion Mk.III that was dispatched to this battle replaced the main gun with a 20-pound gun and greatly enhanced the attack power. He saved the Allied forces from the predicament many times and was called one of the strongest tanks in each country that participated in the Korean War. Since then, many advanced types have been developed, and Centurion has been deployed by various countries such as India and Israel, as well as European countries. It has been at the forefront for many years in conflict zones, further solidifying its position as a masterpiece tank.

Fusion of big-scale power and realistic action
This is an assembly kit for an electric radio control tank that reproduces the British Army main battle tank Centurion Mk.III on a 1/16 scale. -Not only the powerful appearance with a long barrel 20-pound gun, but also the details such as the cast skin and the texture of the welded pattern are realistically modeled. ● Single pin type resin tracks are already assembled. -The barrel of the 20-pound gun is made of high-precision aluminum cutting. The tip is a clear part. -For the canvas cover of the shield, we also prepared parts for the display that were particular about the details. -In addition to forward / backward movement and left / right rotation, you can freely control turret rotation and vertical movement of the barrel. -The suspension is a Holstman type similar to the actual vehicle. -If you install the separately sold battle system, you can enjoy playing against other 1/16 RC tanks.

Adopts a 4ch transmitter equipped with function buttons
The RC mechanism uses a 2.4GHz radio set that can be easily enjoyed by multiple units without worrying about interference. The stick-type 4ch transmitter is equipped with 10 function buttons that correspond to the various functions of the tank with one push, as well as the trim lever for each channel. In addition, various settings such as button functions on the LCD screen, channel swap that can change the channel position, and servo endpoint adjustment are possible, and various information can be displayed. It is also characterized by being able to store up to 5 models of uniquely set data.

Basic specifications
● Body length 476 mm, width 214 mm, height 189 mm, total weight 3.8 kg ● The heavy sound of the V-type 12-cylinder gasoline engine that delivers 650 horsepower creates a tremendous sound. -A large bass reflex type speaker unit that uses a metal baffle plate is mounted on the front of the vehicle body, and you can enjoy the true sound linked to each action even when firing the main gun or coaxial machine gun, turning the turret, or raising and lowering the barrel. ● A full set with a multifunction unit, 2.4GHz band specification 4ch radio, running battery, and charger. 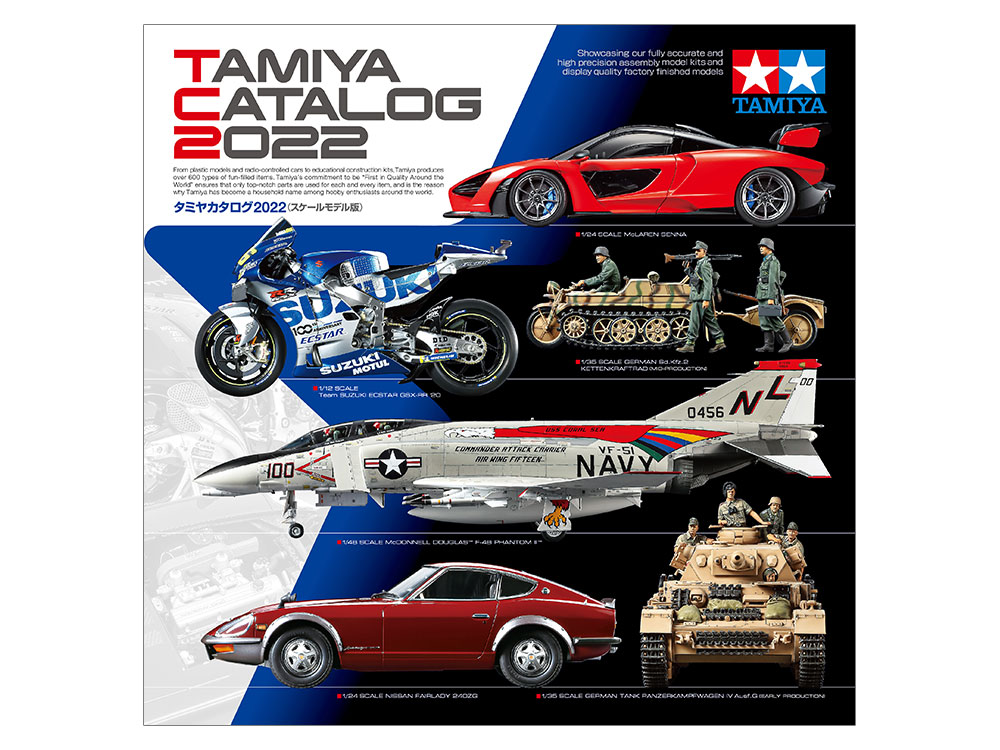 Among Tamiya’s abundant lineup, catalog 2022 (scale model version) that includes a wide range of completed models, mini 4WD, fun work series, make-up materials, tools and paints, especially scale models, will be published this year as well. increase. This is a must-have book for users and has a lot of charm. Cover size: 26 x 25.5 cm, 97 pages in total. 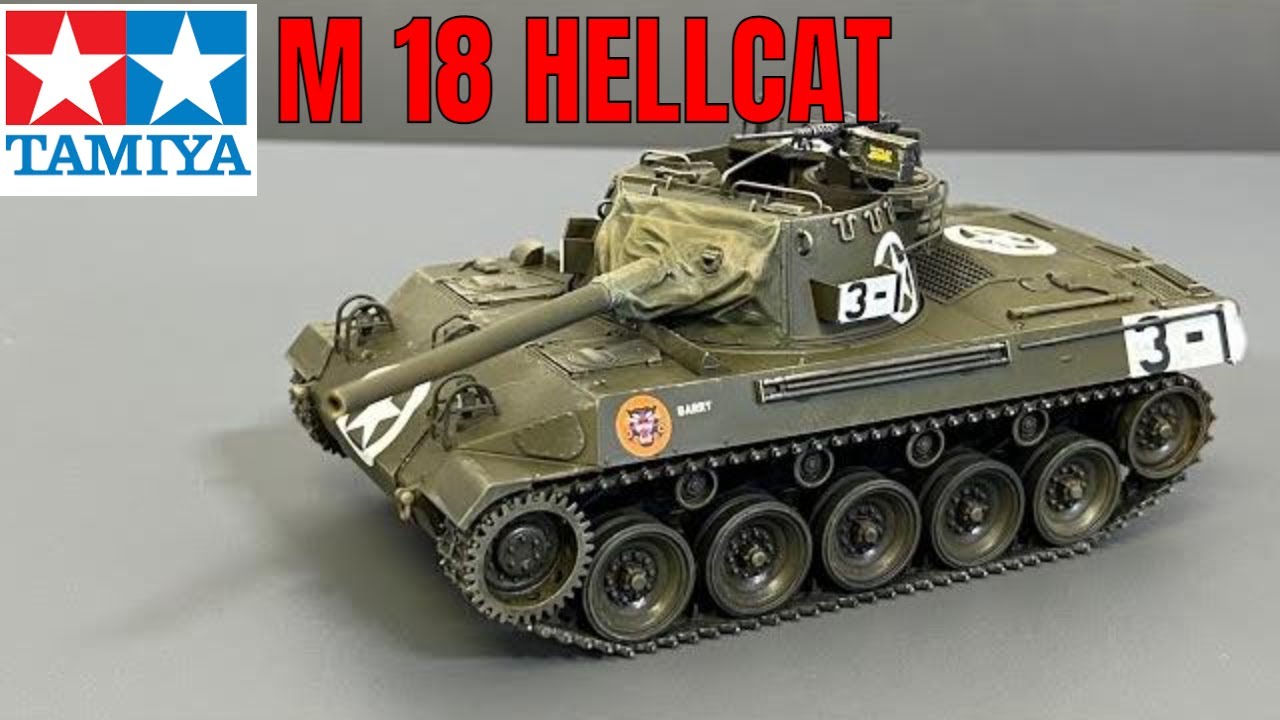 Presented by the chairman Mr. Shunsaku Tamiya and Dr. Taki at a Japanese RC tank event. 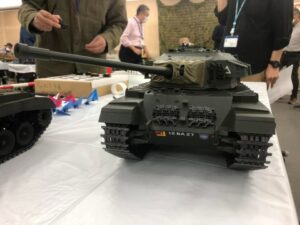 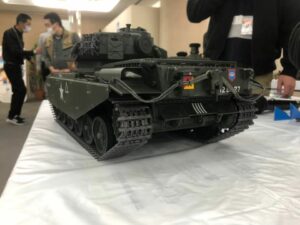 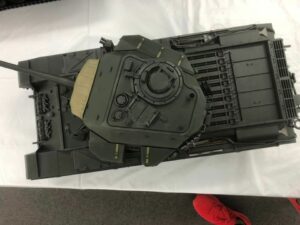 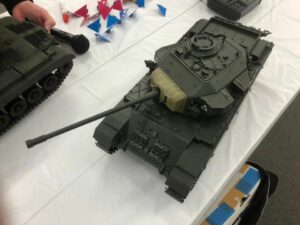 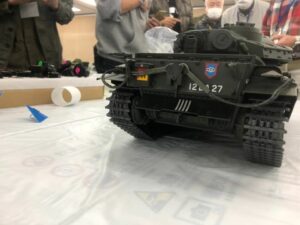 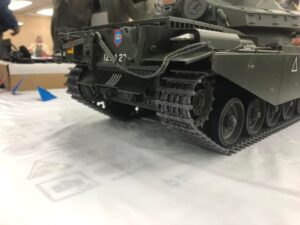 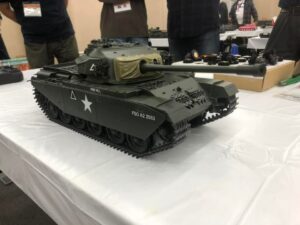 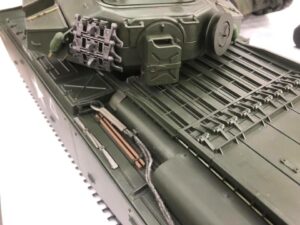 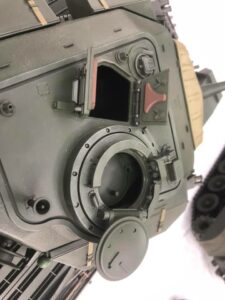 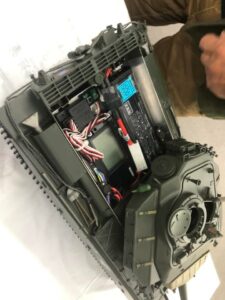 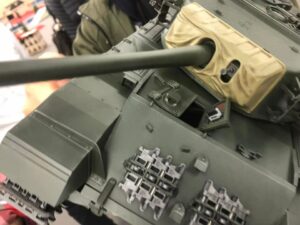 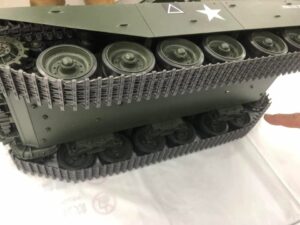 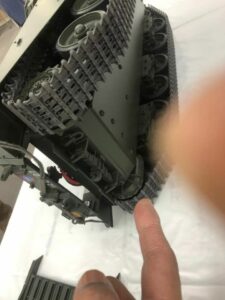 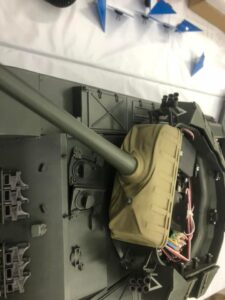 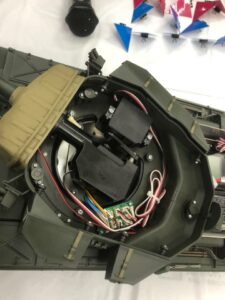 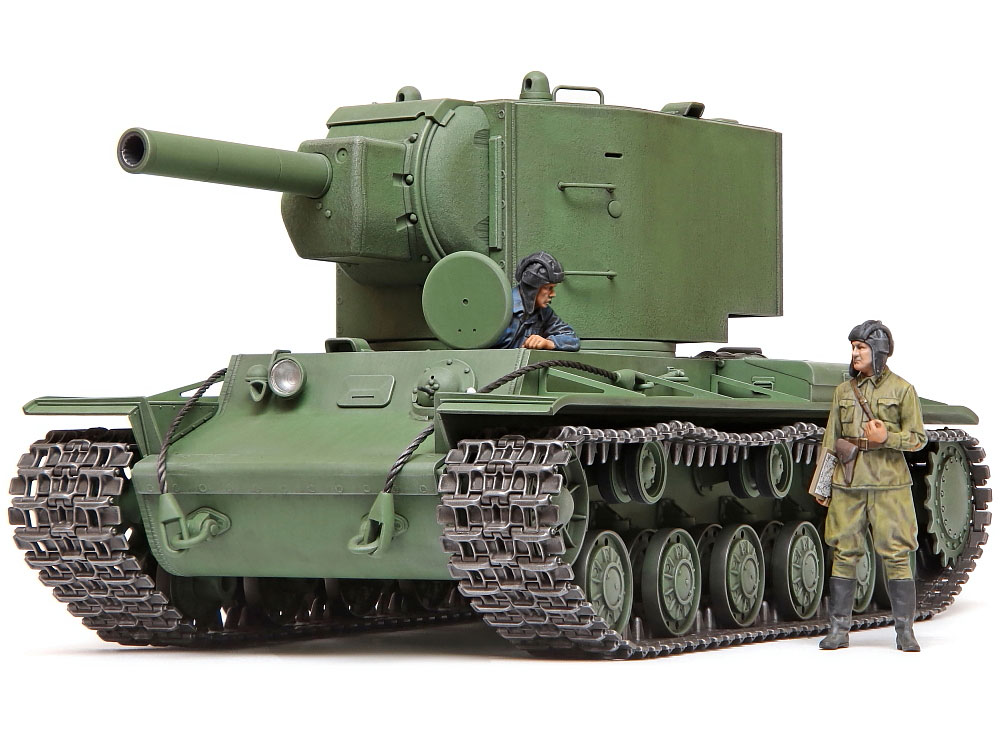 About the KV-2
In December 1939, the Soviet Union formalized the KV-1 as the next-generation main heavy tank, incorporating many modern equipment such as diesel engines and torsion bar suspensions. The KV-2 is a heavy tank for breaking through positions that further enhances the attack power of this KV-1. The body is based on the KV-1, and the main gun is replaced from a 76.2mm cannon to a huge 152mm howitzer. The turret has become an extremely tall box to ensure internal space. Handing over to the military began in July 1940, and more than 200 vehicles were completed. The KV-2, which struck the German invasion in June 1941, suffered from troubles such as breakdowns due to excessive vehicle weight, but some vehicles fully utilized the powerful defense power and the power of the 152 mm howitzer. Take advantage of the lonely struggle. It stood in front of the German troops, which continued to make good progress, and became an important force until they were ready for a counterattack.

Model outline
KV-2 1/35 scale, plastic model assembly kit. ★ Overall length 204 mm, overall width 95 mm. Based on the actual vehicle coverage, the powerful figure that surprised the German army is modeled with a high sense of reality. ★ The huge turret realistically expresses the rough texture and welding pattern of the armor surface in detail. ★ Hatch of each part of the car body can be assembled by choosing opening and closing. ★ Tracks are connected to the straight part. The slack at the top is also finished naturally. ★ A full-body image of the commander standing outside the car and a half-body image of the occupant leaning out of the hatch are set. ★ Two types of markings are available. 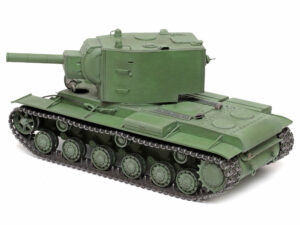 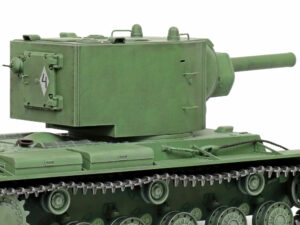 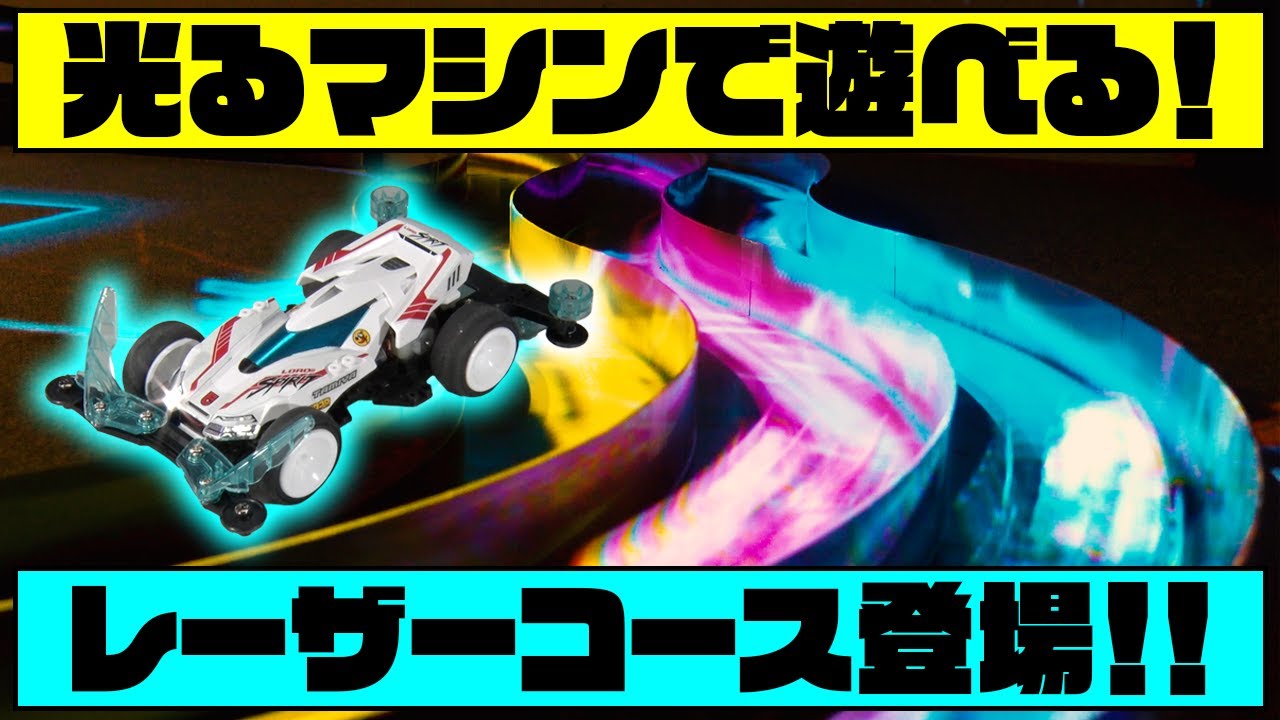 The state-of-the-art digital circuit is finally open to the public! Your machine is like a laser mini 4WD!? Click here for details! 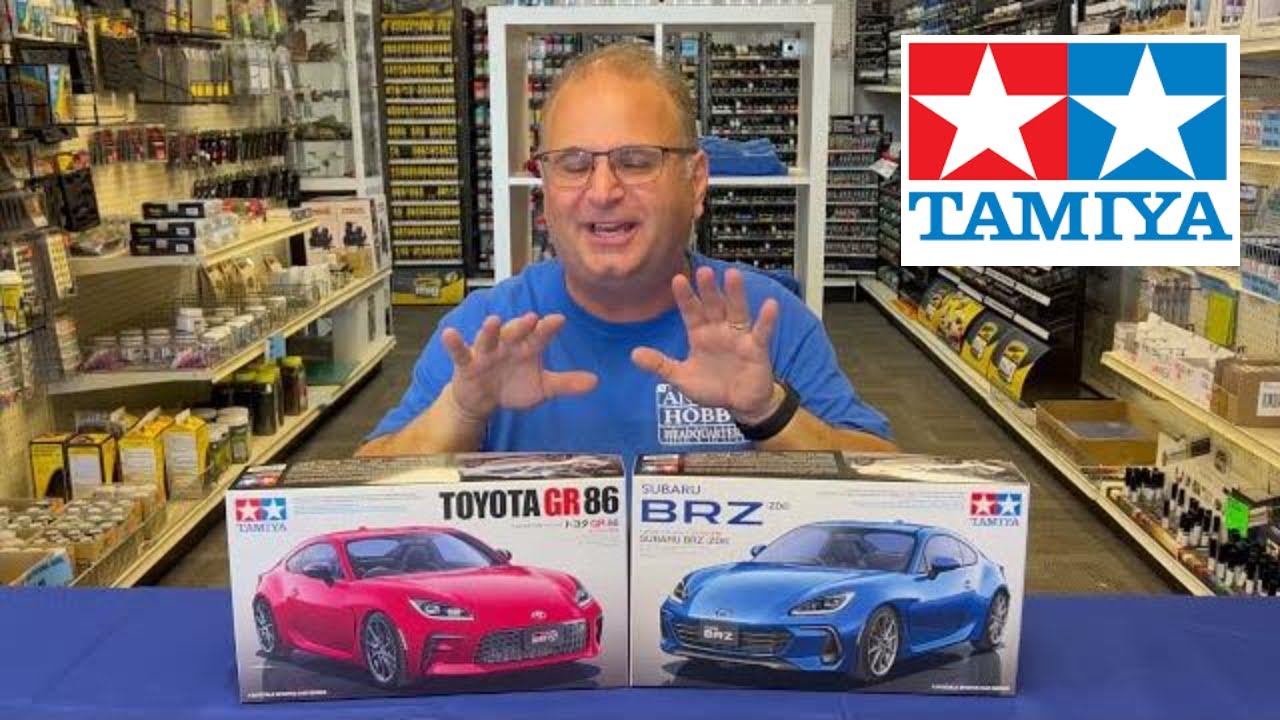 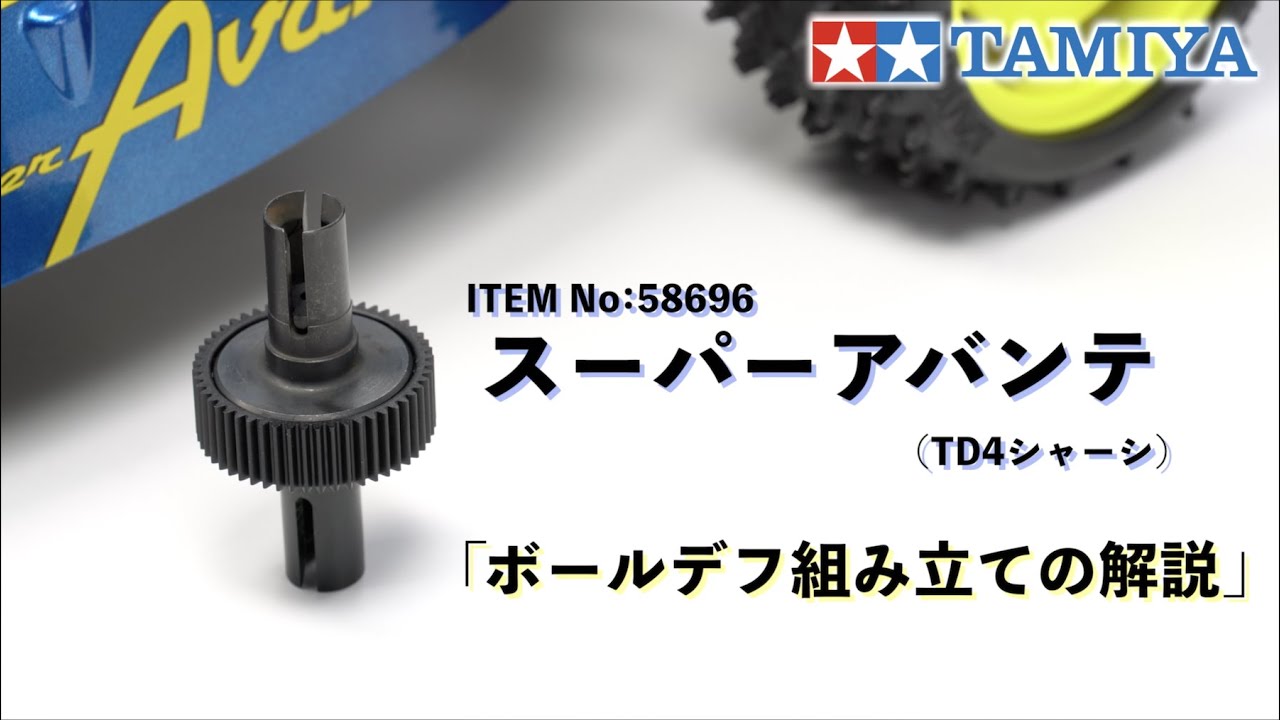 This is a video that introduces the ball differential assembly that comes with Super Avante (TD4 chassis). Please refer to this video when assembling it.