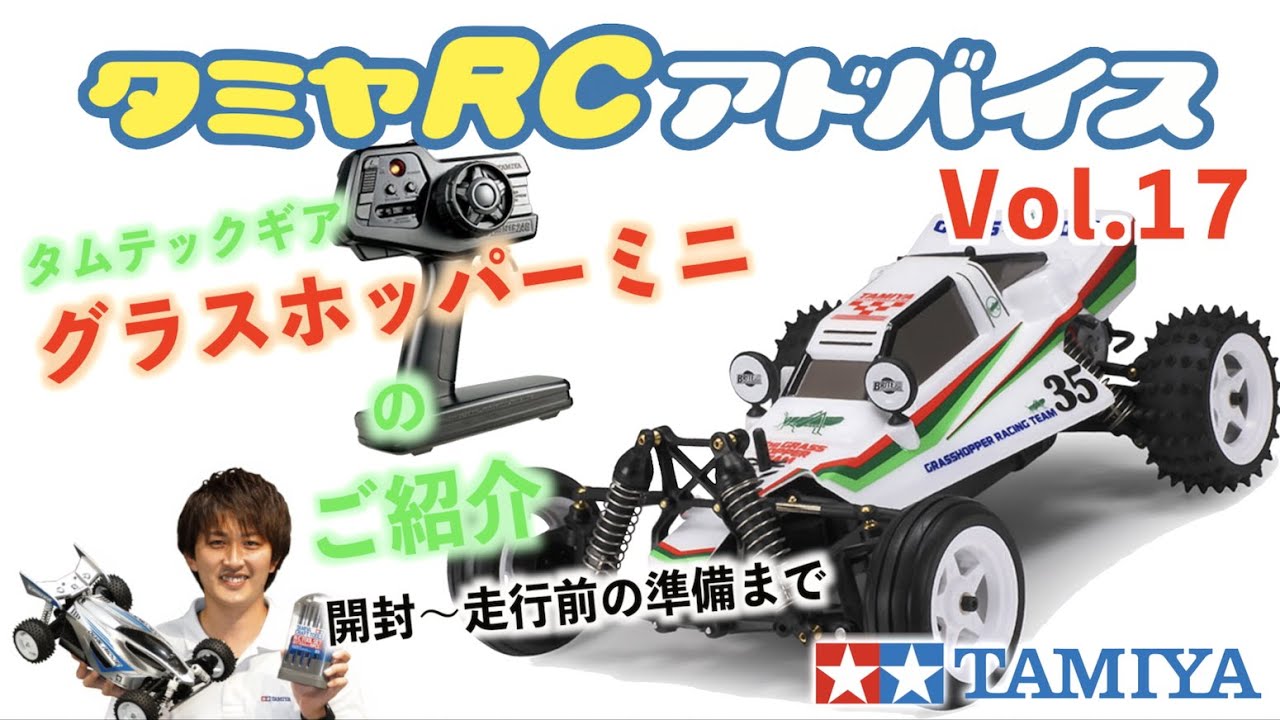 The Tamtech Gear Grasshopper Mini is a pre-built RC car that packs a high-performance mechanism into an A4-size package. We’ll show you in detail how to unpack the buggy machine and prepare it before driving, so you can enjoy it both indoors and outdoors. 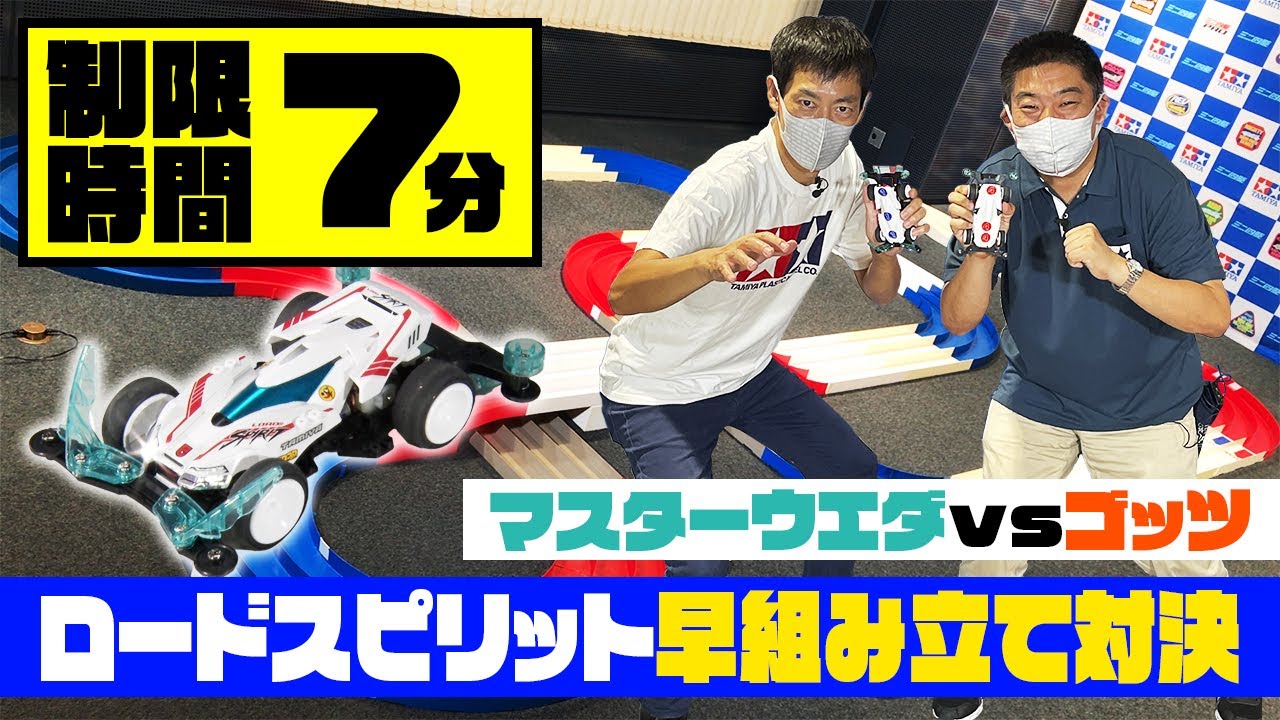 The “Lord Spirit” is now on sale and it’s time to assemble it! The time limit is only 7 minutes!
Master Ueda vs. 10 years of mini 4WD experience! It’s a serious battle between two veterans on the edge of their limits. 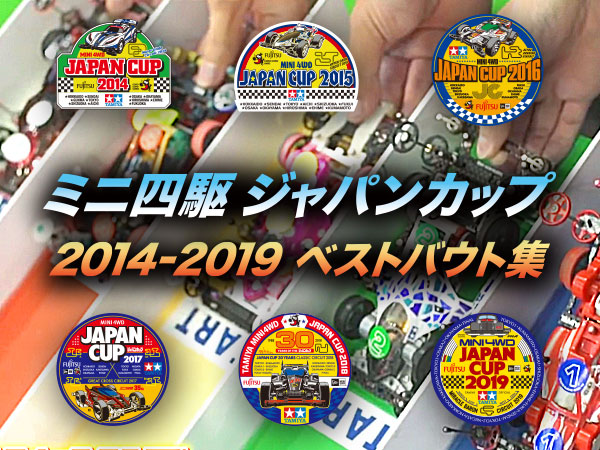 The Japan Cup is held once a year to decide the fastest machine in Japan. The best battles from 2014 to 2019 are shown here!
Source: Mini 4WD Channel 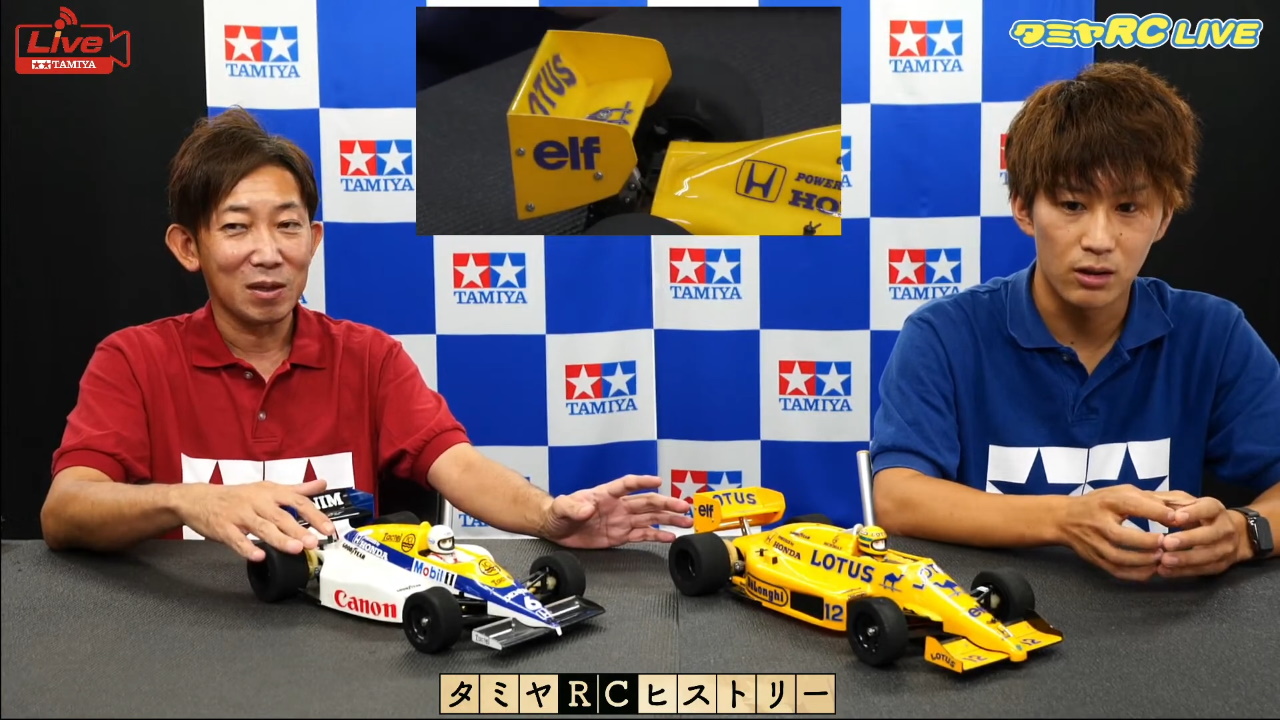 We will introduce the optional parts that can be used for the new shaft drive 4WD buggy “Super Avante” which will be released in November. Tamiya Maezumi (a.k.a. “Paicen”) explains about the new optional parts which will be released at the same time as the kit, as well as the recommended parts which are now on sale to improve the driving performance!
The announcement of the excellent work of RC movie contest “#Tamiya RC movie festival (Twitter)” on Twitter (2) will be delivered. Tamiya Sunahara (a.k.a. “Rikkun”), who is also in charge of Tamiya RC driving movies, will introduce the points of RC movies!
In Tamiya RC History (17), we take a close look at the machine released in 1987! “In Tamiya R/C History (17), we will take a close look at the machines released in 1987, including the Lotus Honda 99T, the Williams FW-11B Honda F1, and the Midnight Pumpkin. 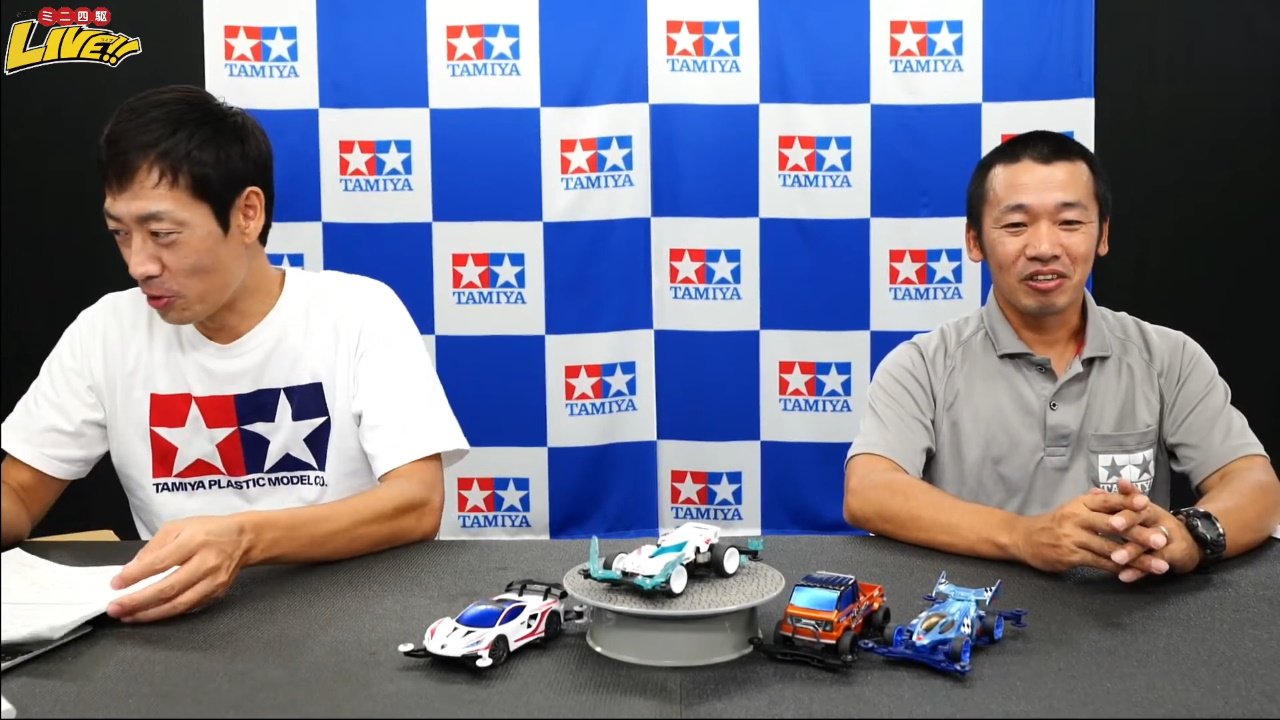 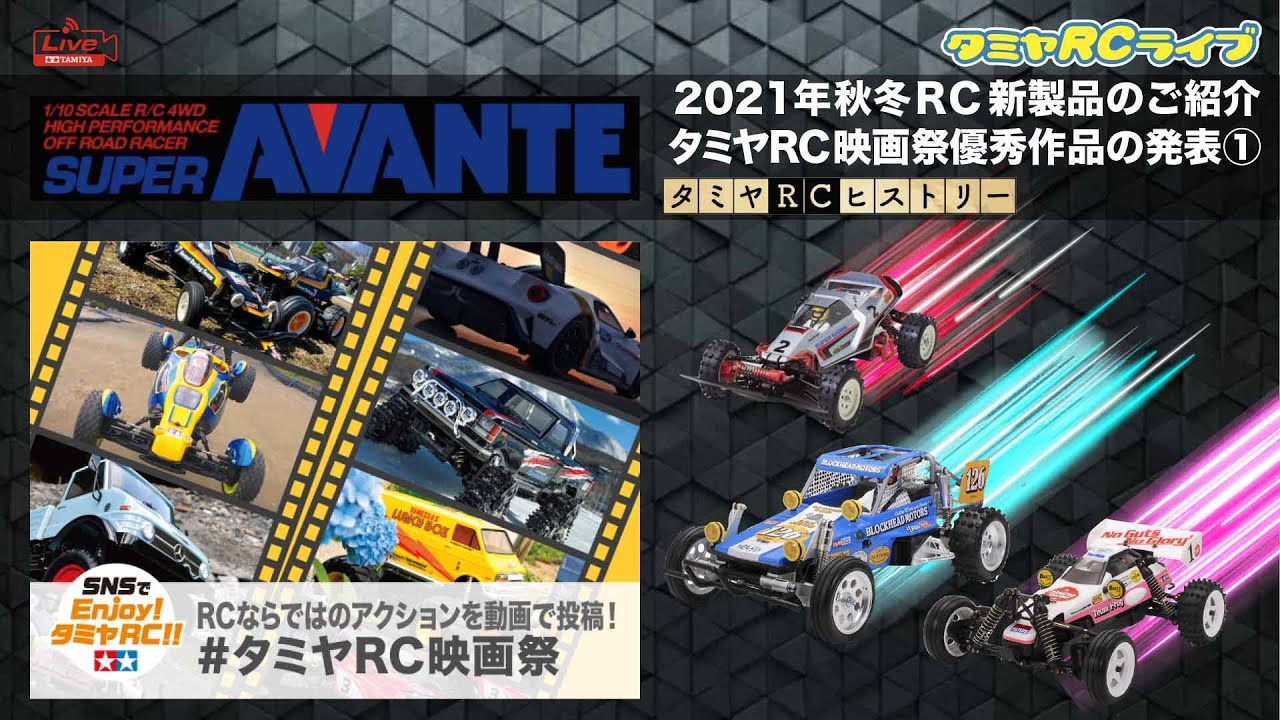 We will introduce the details of new Tamiya RC products which will be released in autumn and winter of 2021.
Products to be introduced
Super Avante, Wild One Offroader BHM, Mighty Frog Mini, Toyota GR86, Subaru BRZ, 1992 Audi V8 Touring, Saint Dragon
The announcement of the excellent work of the RC movie contest “#Tamiya RC movie festival (Twitter)” on Twitter (1) will be delivered. Don’t miss the rich variation of RC movies!
Tamiya RC History (16) features the off-road models “Clodbuster”, “Super Sabre” and “Thunder Shot” which were released in 1987.

This is a compact R/C model featuring high-performance equipment for a great drive, as well as a lightweight single-seater buggy-inspired body molded in polycarbonate. Four separately sold R6/AA batteries give an hour of driving in normal mode or 25 minutes in power mode, and a trigger type transmitter is included.
GB-01S chassis
Based around a sturdy box frame, the GB-01S buggy chassis also features 4-wheel independent double wishbone suspension and punchy rear-wheel drive, with the power source along the chassis centerline for great balance and a low center of gravity. Its efficient gearbox uses full ball bearings and a planetary differential, plus a slipper clutch and reliable universal drive shafts. 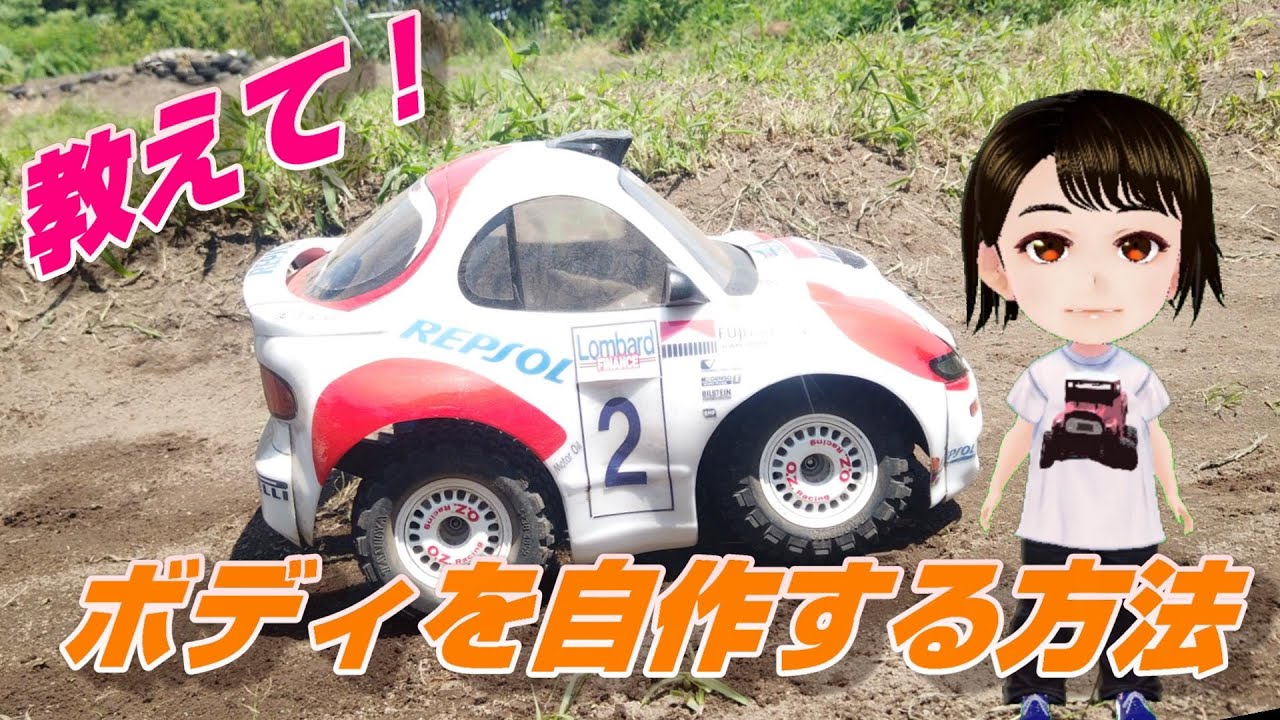 I tried to make it like a factory tour how the comical Celica body made by Otsukai Chaly was made.
This time, the VR character (self-made avatar) Suzu-chan explains.
Large Celica is vacuum formed by making a wooden pattern from 3D CAD.
It is a full scratch build body (self-made body).
Dedicated mirrors, grilles and hubcaps are made of elaborate chemical wood.
Source: おつかいchaly 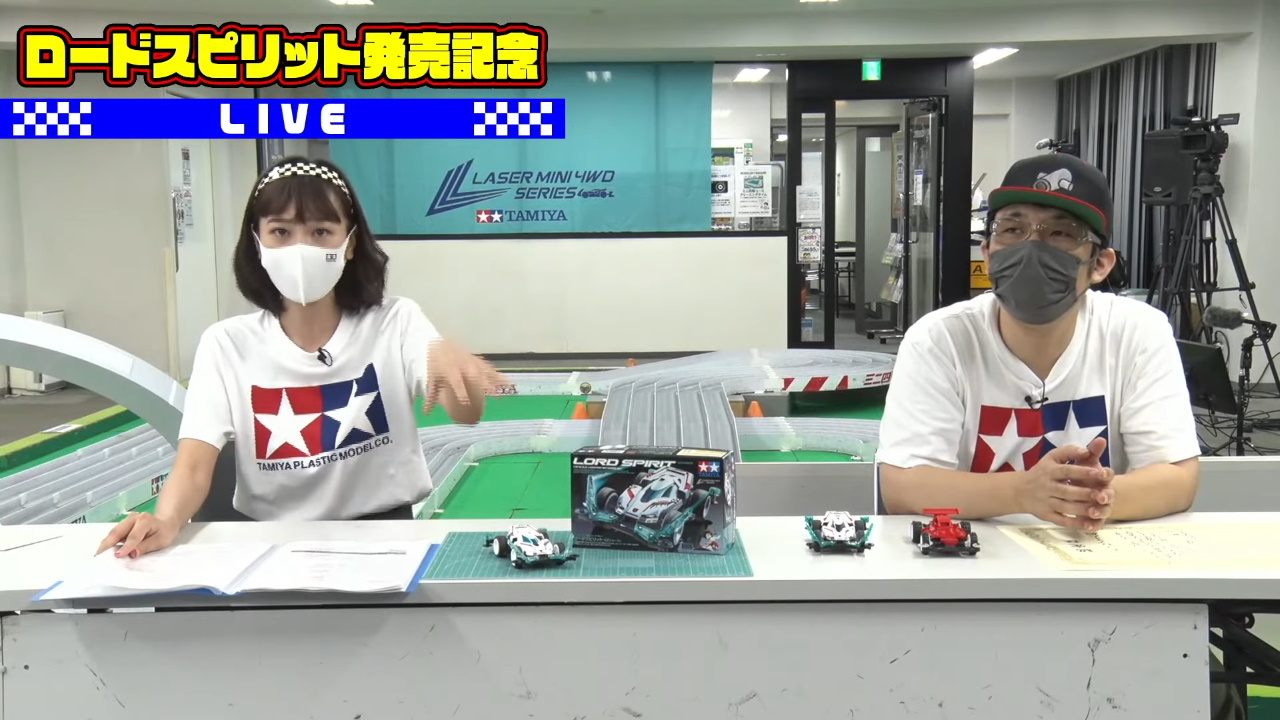 The world’s first live broadcast of Tamiya’s new RC cars will be held. “The world’s first live coverage of Tamiya’s new RC cars, including the Super Avante and Wild One Off-roader Block Head Motors (Youtube)! The Super Avante MS (Paisen spec) may also make an appearance?
TA08PRO high-tech lecture will be delivered by Takayuki Kono, who was involved in the development and test driver of TA08PRO, together with the driving scene of TA08PRO Kono specification.
The Tamiya RC History features a close-up of the off-road models introduced in 1987. Stryker, Hot Shot II 4WD and Lunch Box will be featured!
Cast
Tamiya Satoshi Maezumi, Riku Sunahara, Takayuki Kono