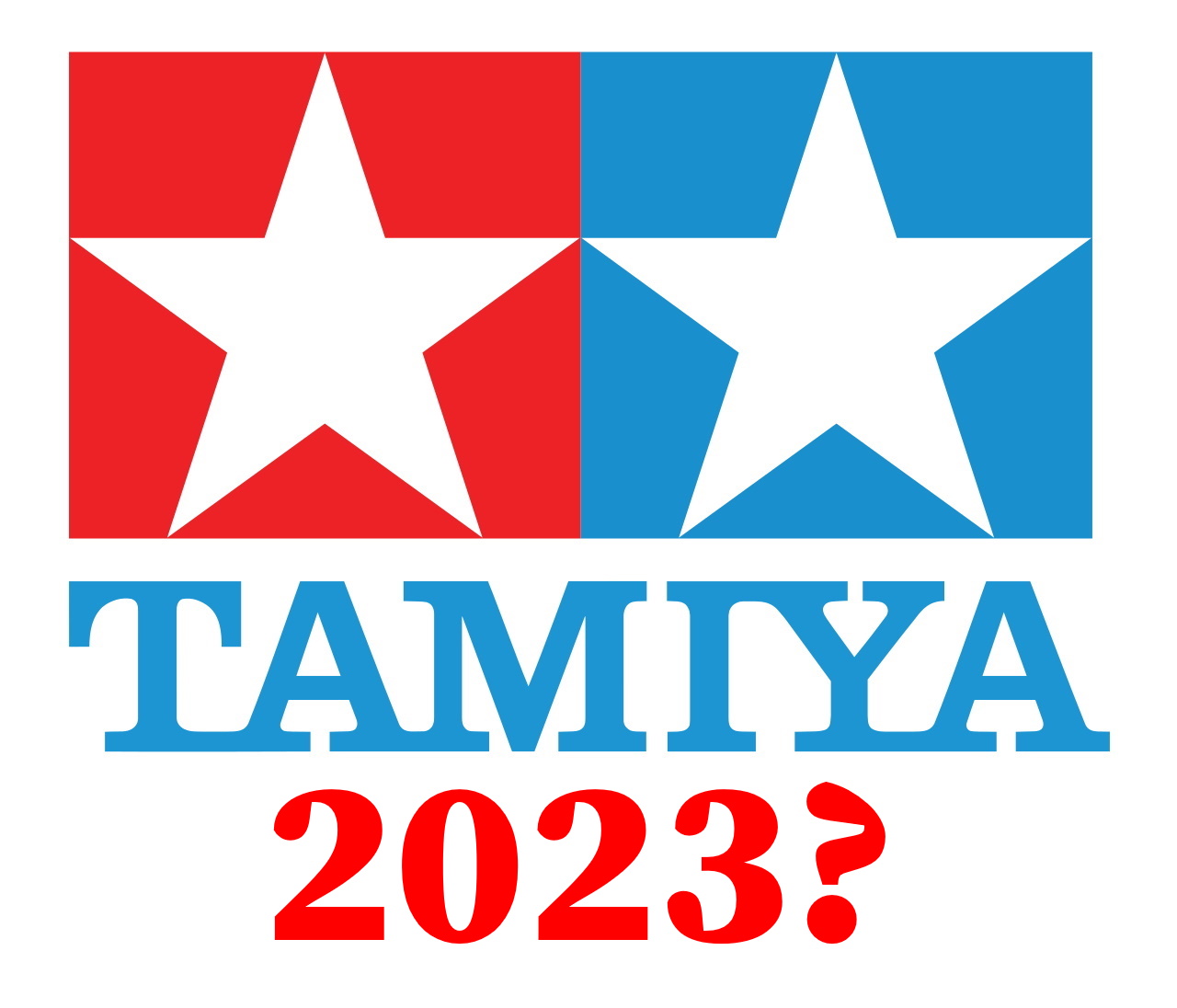 a) which products do you think Tamiya could release this year (static, RC, Mini 4WD, anything else) and

b) which products would you personally like to be released (regardless of if their chances are realistic)?

Feel free to use the comments here (comments are shown after being checked which can take some hours) or at our Facebook and Twitter pages.

*
***
TamiyaBlog
sincerely thanks all of you
for our continuously growing community
and wishes a better new year full
of joy, health and peace
with Tamiya!
***
* 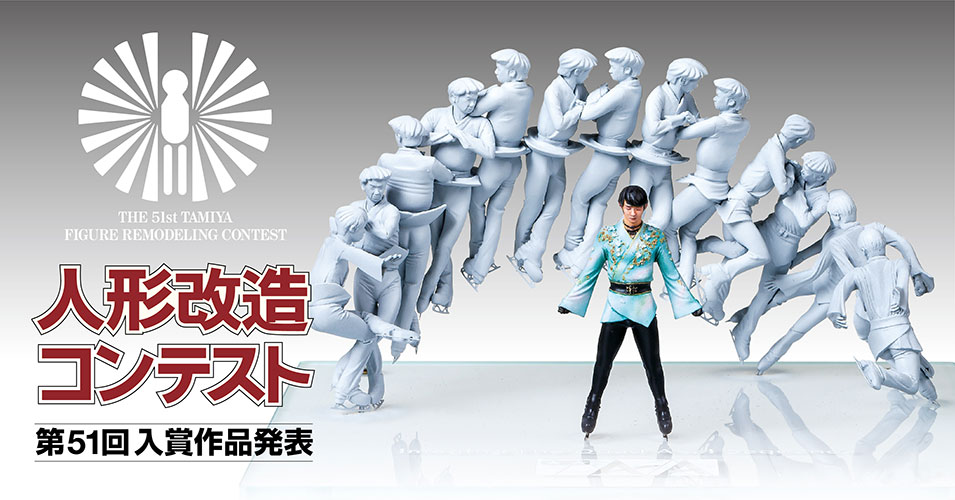 ● TAMIYA Figure Remodeling Contest
The Tamiya Figure Remodeling Contest is an annual competition in Japan
where 1/35 scale Tamiya military figures (roughly 5cm tall) are remodeled
into various subjects, being given new or updated parts in the process – as
long as it started life as a 1/35 Tamiya military figure, almost anything
goes! Entries range from slightly altered poses and paint jobs to complete
overhauls into wildly different subjects, each given unique life by the
interests of its creator.

Thanks to the support of our fans, the doll modification contest has passed the 50th anniversary mark and we have welcomed it with renewed spirit. The judging process was also difficult this year, as we received a number of works that made us think, “I didn’t know there was such a thing.

00:00 – What is the Doll Remodelling Contest?
00:45 – The Gold Prize of the 51st contest went to Kunihiko Sato. Mr Sato, who had previously specialised in historical works, took up the challenge of creating a famous sketch by Katsushika Hokusai, painted some 200 years ago. The work is three-dimensional, but cleverly incorporates Hokusai’s brushstrokes, and the mysterious finish gives the impression of the outlines of the two-dimensional original painting. The most remarkable feature of the dolls are their costumes. The finely detailed kimono patterns on each of the dolls are a masterful feat that belies the age of the 76-year-old artist. Ms Sato has entered 51 consecutive contests since the first contest, breaking the record.
02:40 – The silver award went to Shojiro Morio, who recreated figure skater Yuzuru Hanyu’s quadruple axel performance as a series of photographs. He paid careful attention to the movement of the costume and hair, dividing the momentary movement into 13 cuts and integrating them without stagnation. The contrast between movement and stillness with the pre-acting puppet in the centre is also exquisite. The contrast between the movement and stillness of the puppet before the performance in the centre is exquisite.
04:39 – Takuya Watanabe created the dynamic swing of Yakult’s Murakami, the youngest ever triple crown winner, who drew attention in professional baseball in 2022. The catcher and umpire are also carefully finished in detail, and the tense scene is well presented as a group portrait. This is his first attempt at a contest on a seasonal subject, and he won the bronze award with flying colours.
06:11 – Despite the protracted Corona disaster, the Japanese women’s curling team brought a bright topic of discussion to the contest, with Norio Mushiaki’s recreation of their silver medal-winning team at the 2022 Winter Olympics in Beijing winning the Topic Award. The skillful composition of the work shines through, with the base (court) sloped and arranged so that the movements, serious expressions and bright smiles of all the members can be clearly seen.
06:43 – The Idea Award went to Hisashi Murayama, who created a work depicting himself with the vast Mt Fuji in the background. The camera frame of the smartphone can be detached, so that the scenery seen through the viewfinder can be enjoyed as another way of showing the work. The delicate finish of the doll as well as the reproduction of the spokes of the motorbike are highlights of the work.
07:15 – Think for a moment like solving a riddle, and then you’ll be like, Oh, I see! I’m convinced. The work by Yuji Aoyama, winner of the Effort Award, in which riders named after different motorbikes are assembled, is fascinating for its unique ideas and the imbalance between machine and rider.
07:47 – Kiyoshi Okuyama’s Field Kitchen won the MM Award. A dining scene with a gathering of old and new dolls. It is a basic work of doll modification that can be enjoyed even with a little modification based on soldier dolls.
08:19 – The ten honorable mentions are listed in alphabetical order. In addition, the work used for the cover of the pamphlet is also listed.
Beginners are welcome. First of all, hold the doll in your hands and let your imagination run wild. What ideas would you put into a 5 cm tall doll? 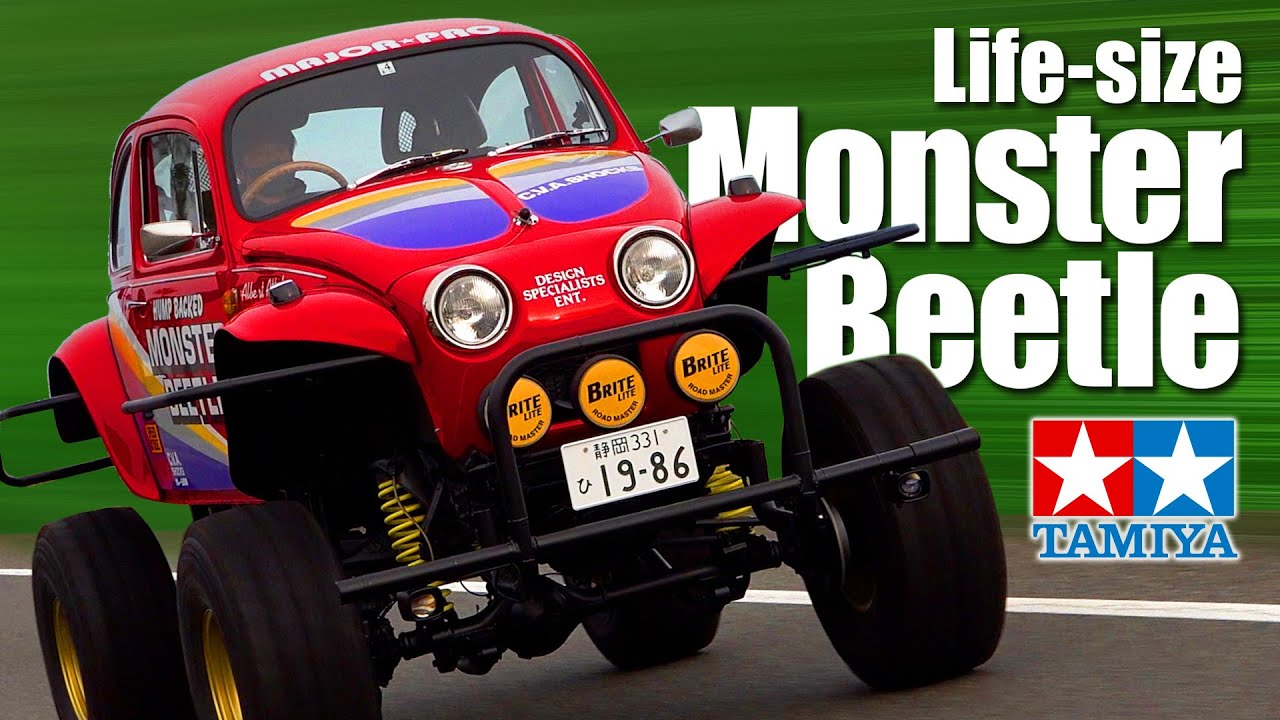 Wishing a happy holiday season to all Tamiya fans across the globe!
Have a happy Christmas! 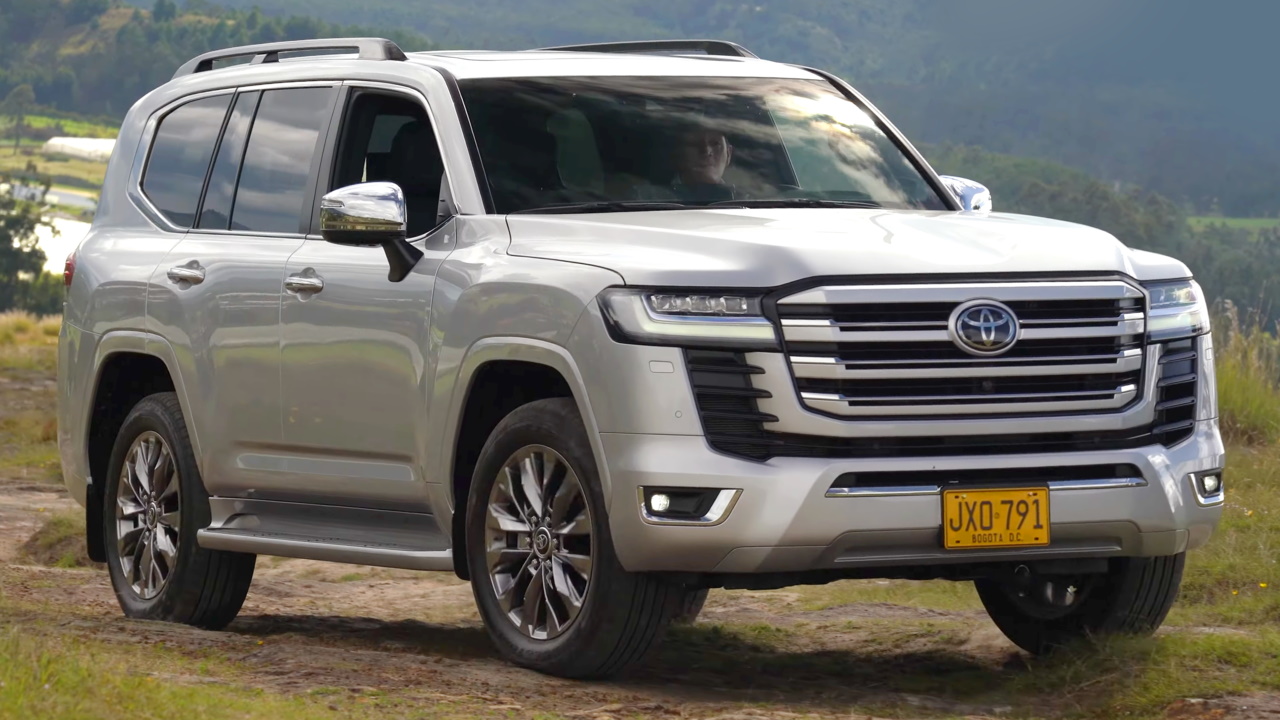 Very exciting future releases, we can’t wait to see them live at the Nuremberg Toy Fair.

No details or photos yet, will upload such as soon as we have them. 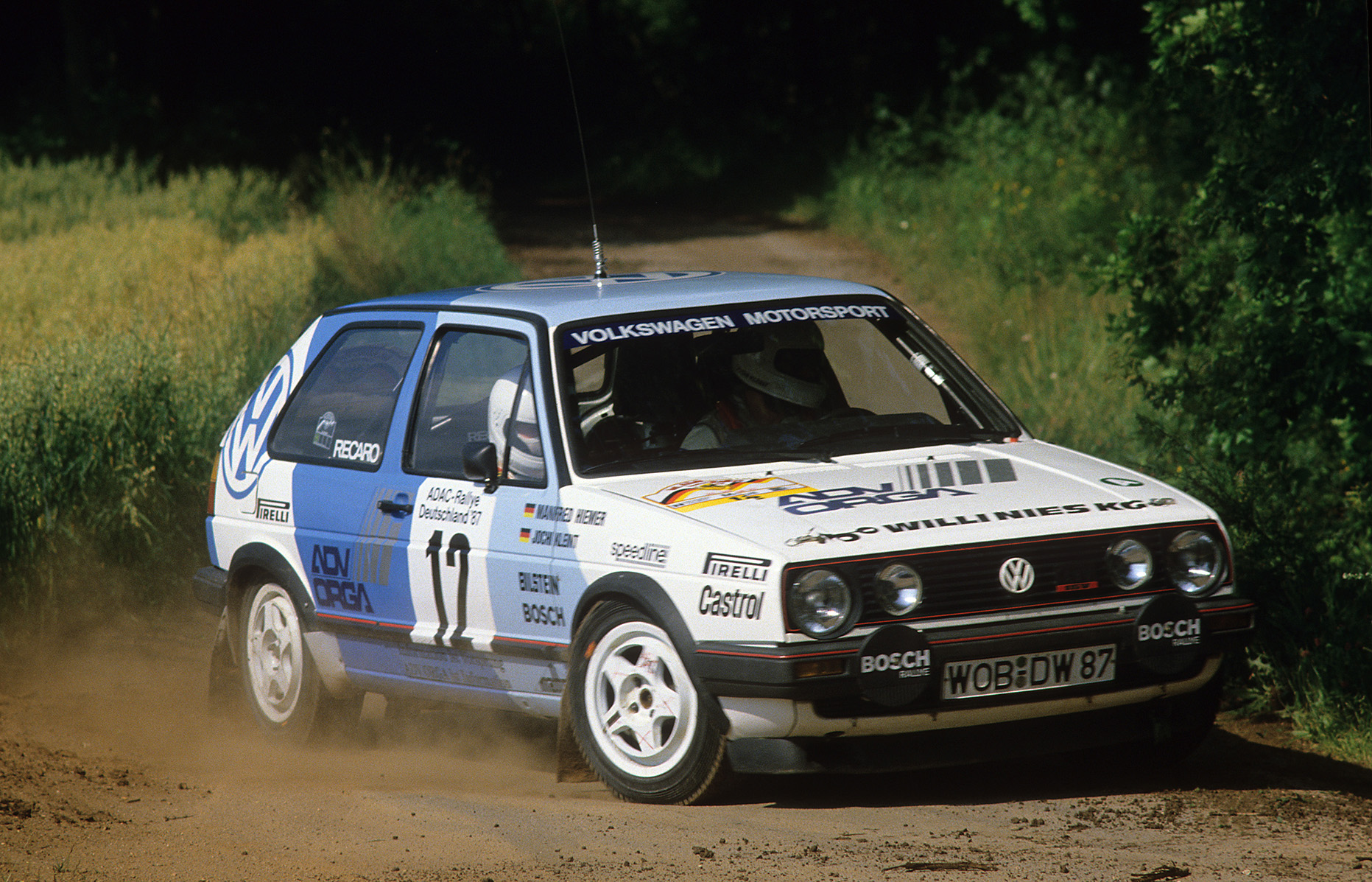 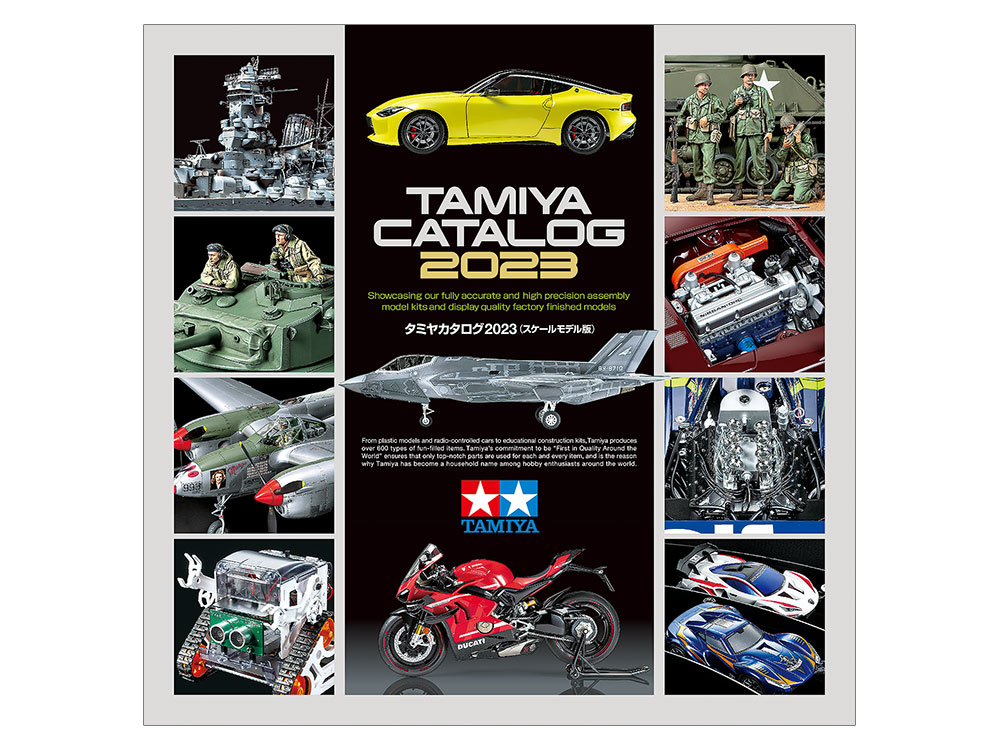 Among Tamiya’s abundant lineup, Tamiya Catalog 2023 is issued, which includes a wide range of scale models, mini 4WD, fun craft series, and makeup materials. The 9-part cover is laid out with scale models, mini 4WD, microcomputer robots, etc. New products such as 1/24 scale NISSAN Fairlady Z (RZ34), 1/12 Ducati Superleggera V4, 1/48 Lockheed Martin F-35A Lightning II, 1/35 British Cruiser Tank Comet, etc. I introduce it with a large-sized double-page spread photo. In addition, items such as craft tools, paints, and airbrushes that are indispensable for model making are also worth paying attention to. A Tamiya color compatibility table based on lacquer paint is also useful. It’s fun to check out the new products, as well as think about the next kit to make. It’s a charming book that makes you excited just by looking at it. Size 26 x 25.5 cm, total 93 pages. 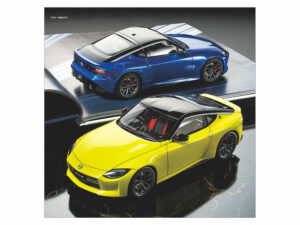 Two shots of 1/24 NISSAN Fairlady Z (RZ34) decorate the top . Realistic reproduction of a sharp appearance that incorporates a design that makes you feel the homage to the successive Z on each part of the body. 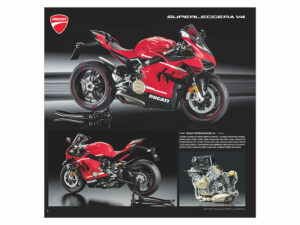 The large-format photo of the 1/12 motorcycle series is the Ducati Superleggera V4 . The form that has been refined with aerodynamics in mind is modeled as it is on the actual vehicle. 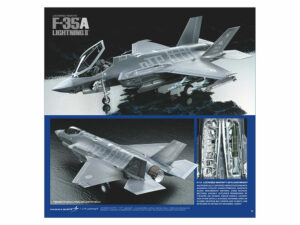 1/48 Lockheed Martin F-35A Lightning II . In addition to shots that capture the unique form of a stealth fighter, detailed cuts are also introduced of the fuselage arsenal reproduced with precise molds. 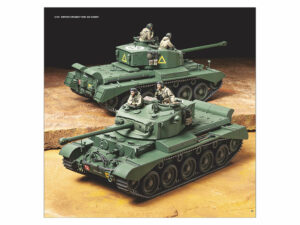 British cruiser tank Comet that appeared at the end of World War II . A modern style with a long barrel 77mm gun on a flat body. 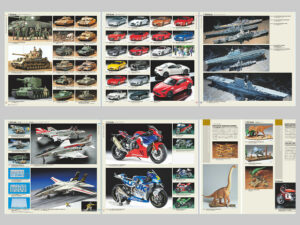 In addition to tanks, sports cars, ships, airplanes, motorcycles, and even dinosaurs, a wide range of lineups are condensed into one volume. There is no doubt that you will be thrilled with the variety of contents. 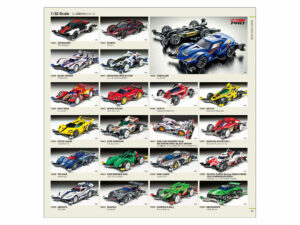 On the Mini 4WD page, we introduce a variety of lineups at once, such as Chevalier, which has a knight-like styling, and machines that were active in manga and anime. 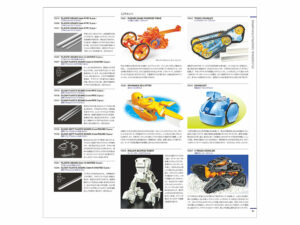 A craft series where you can learn while having fun with various mechanisms . Materials and parts that stimulate the inspiration of original work are also posted. 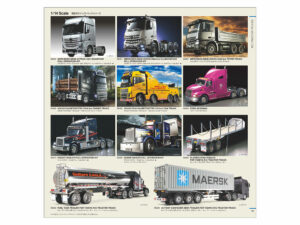 We also picked up items from the 1/14 electric RC big truck series , which can be said to be a running scale model . The force that overflows from the paper is transmitted. 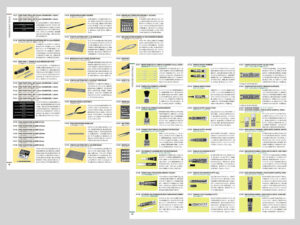 Craft tools and make-up materials are indispensable for improving efficiency and creating a beautiful finish. Check out the new products added each year. 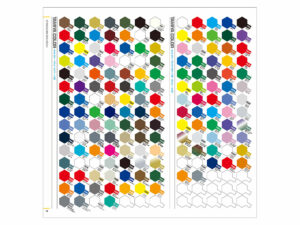 A wide variety of Tamiya colors are posted with color samples. We also cover sprays for polycarbonate. 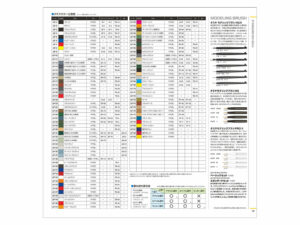 Posted Tamiya color compatibility table . Based on lacquer paint, you can see acrylic paint and spray paint corresponding to each color at a glance. 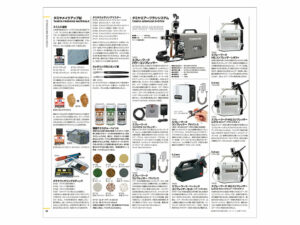 Compressors and air brushes carefully explain the characteristics of each model. It is convenient for consideration before purchase. 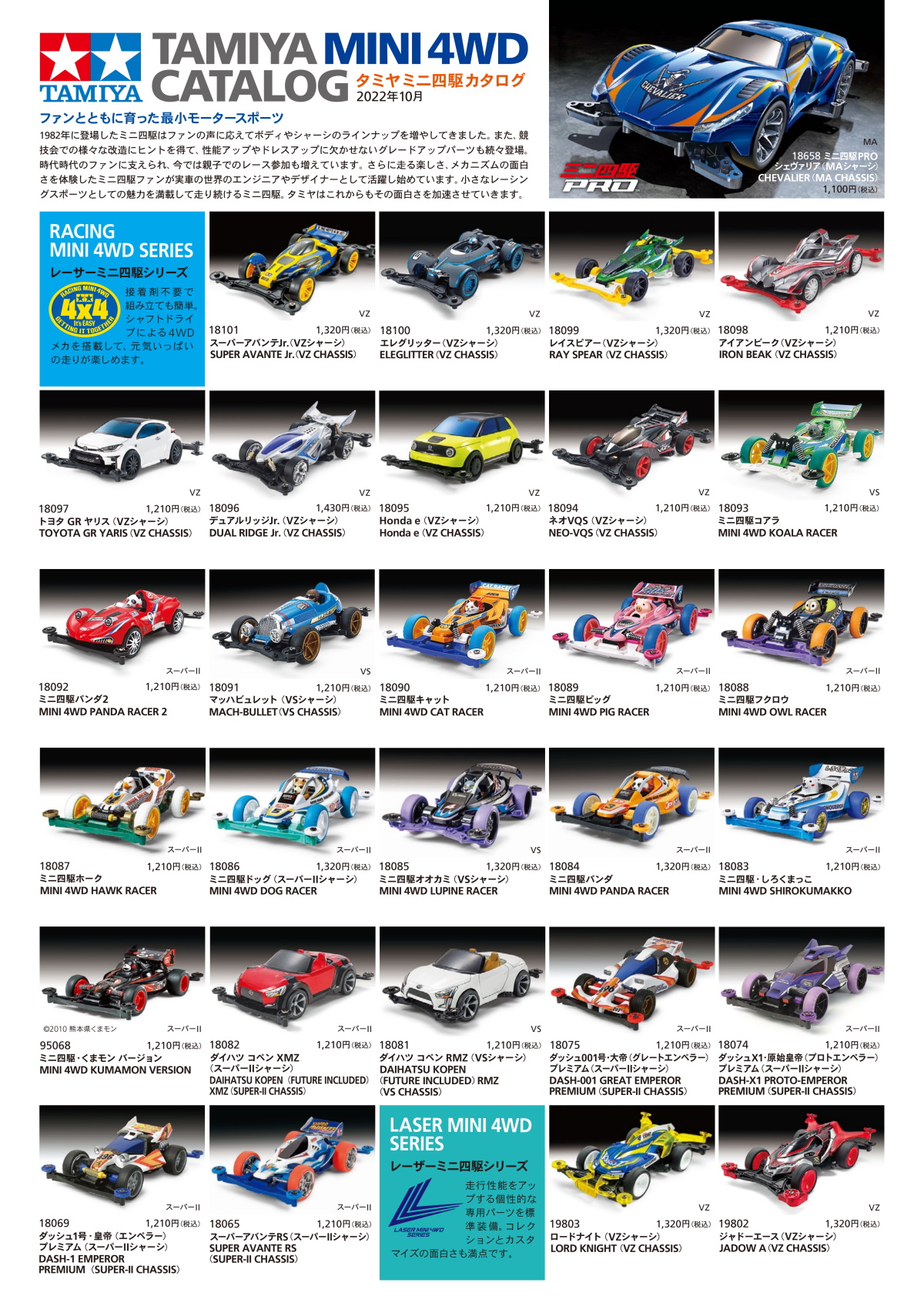 Click on the image to open(download the PDF catalogue

The charm of Hobby RC is that you can choose your favorite body and drive it. So this time, I will introduce how to replace the body and points to note.
Products introduced in the video:
02:07 51528 TT-02 B parts (suspension arm)
02:21 54604 Body mount extension set 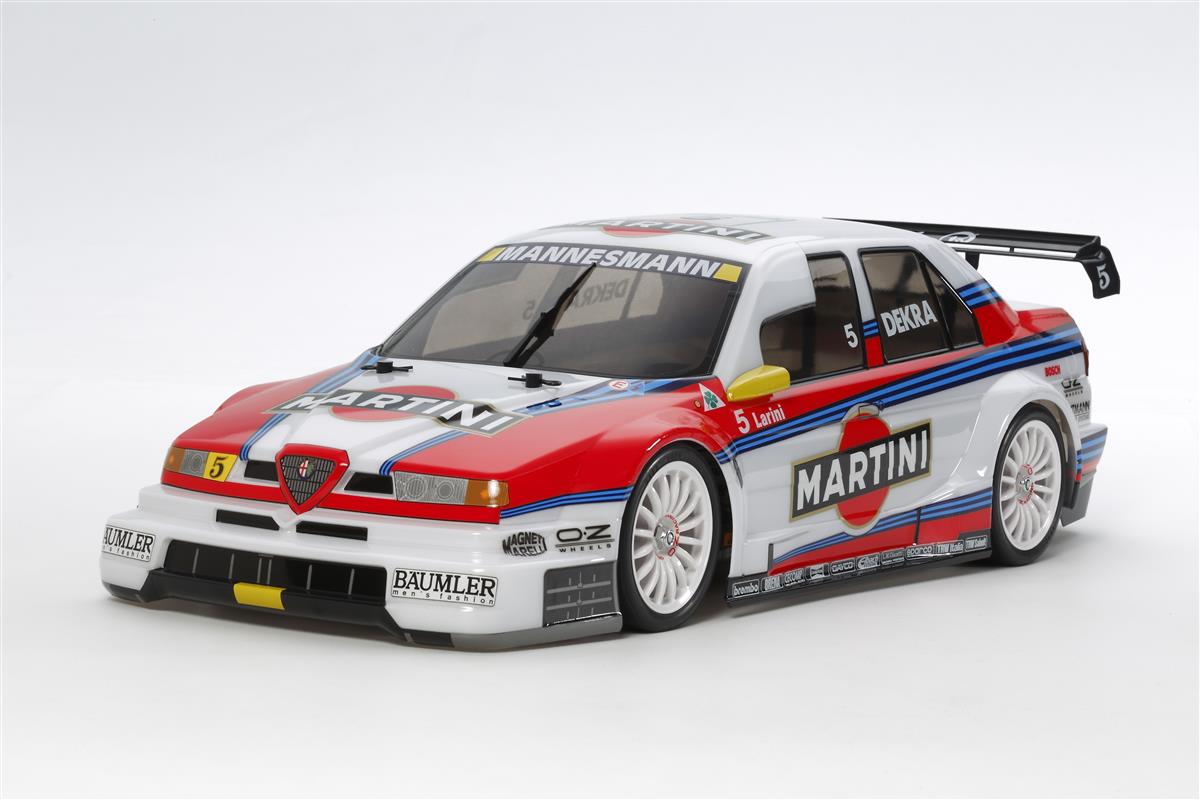