The first mini four-wheel drive that appeared in 1982. It is a long life hobby that reaches the 37th year in 2019. Why does this make people so addicted?

A toy that gets hooked with two AA batteries

There is a regular boom in children’s play, and the trend is getting obsolete. Under such circumstances, the toy that is addicted to many children for about 37 years from its first appearance is the “Mini 4WD.”

Beyond the real world, the mini 4WD has also appeared in manga many times. At that time, children who were children grew up to be adults, and the “Mini 4WD World” has been passed on from parents to children. Why is it getting popular after overcoming the epidemic? 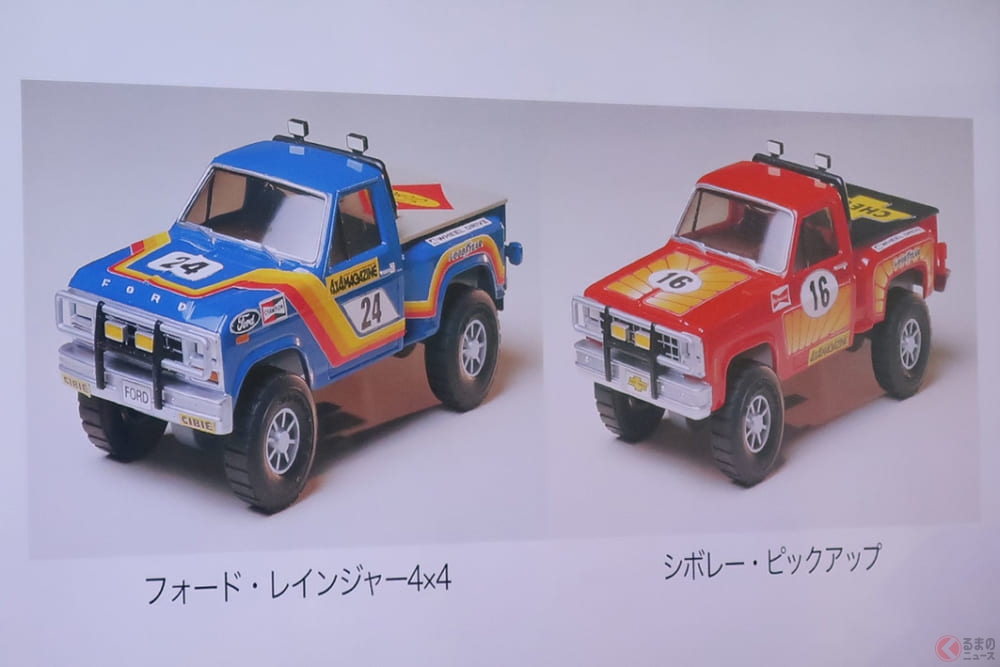 Even now, in addition to serializing in a number of manga, the Mini 4WD, which is held in numerous competitions throughout the country, is the “Ford Ranger 4 × 4” released by Tamiya, Inc. in 1982 and the “Chevrolet Pickup 4 The history starts from × 4.

At that time, Ford and Chevrolet pickup trucks were popular models and appeared as the first mini-four-wheel drive featuring a four-wheeled runnability. Then, in 1987 the theme of the mini 4WD manga ‘Dash! Shikichiro] (Tokuda Zaurus / Shogakkan) has started serialization and will gradually gain popularity as it is animated in 1989.

At the same time, we held the “Japan Cup”, a national tournament for mini 4WD, and promoted it in various ways including the appearance of the original character “mini 4 fighter”, but the end of the animation and mini 4WD With the growth of the main layers of the first mini 4WD boom comes to an end.

After that, the manga “Batsunichi Brothers Let’s & Go !!” (Tetsuhiro Kotatsu / Shogakukan), whose serialization began in the middle of the 1990s, reignited again and became popular again nationwide. This is the second boom of the Mini 4WD.

After that, with the various effects such as the end of animation, the growth of children, and the play of other genres as well as the first boom, popularity has fallen and the second mini 4WD boom will end again around 2000. Since 2000, although the popularity has fallen, the mini 4WD genre has been established by the holding of official tournaments and various activities at various places, and supported by some fans.

In around 2010, the third mini 4WD boom will be the result of major layers that were enthusiastic at the time of the 1st and 2nd returning to the Mini 4WD again and reselling products from that time etc. It’s coming.

Around this time, we will establish a business model as a “Mini 4WD to be enjoyed by parents and children,” such as showing the children’s interest in the Mini 4WD in addition to the main group at that time.

In addition, the sales strategy targeting the father of the company return seems to be successful by opening Tamiya’s official shop “Tamiya plastic model factory Shimbashi” in 2008 near Shimbashi station in Tokyo.

The Mini 4 Fighter explains about the still popular “Mini 4WD” as follows.

About Mini 4WD that children and adults can enjoy

It is a racing hobby with a total length of about 15 cm that incorporates two AA batteries and one motor. With a limitless possibilities within a small size, such as customization with upgraded parts to pursue driving performance and a contest expressing individuality, as of April 2019, we have sold approximately 180 million units in total. You are

More than 300 types of Mini 4WD and more than 400 types of upgraded parts have appeared in 37 years from the first Mini 4WD in 1982 to 2019, and a steady walk with customers of Mini 4WD users as Long Life Hobby I have repeated it.

About the secret of the popularity

Communication that talks about Mini 4WD on SNS through the Internet and smartphones is increasing regardless of the country or age. In addition to sharing and exchanging the fun of Mini 4WD, many users and communities that host and host races can now be seen.

Among them, the contents and scales are diverse, from small-scale ones such as “manufacturing workshops” to large-scale race events such as hundreds, and they show miniaturities different from official competitions. The way to enjoy 4WD is even more widespread.

In addition to making announcements of such events on Tamiya’s official website and official application, we are supporting by renting the tournament banner. In addition, we hold event hosted by mini-shikashi station of permanent store of circuit with approximately 500 stores in the whole country and hold thing more than 2,000 times a year when we put thing of Tamiya sponsors together. By making contact with local dealers and customers, we are activating the Mini 4WD.

Mini 4WDi supports the popularity of traditional toy-only children’s toys, which have evolved into community tools that involve adults.

From the mere “play” in pursuit of speed, “miniaturism 4 mini” that “connected fun” also became an element of the play triggered by various aspects. In the future, there will be a “mini 4WD app” that can be enjoyed on smartphones, and there may be an arrival of the fourth boom.