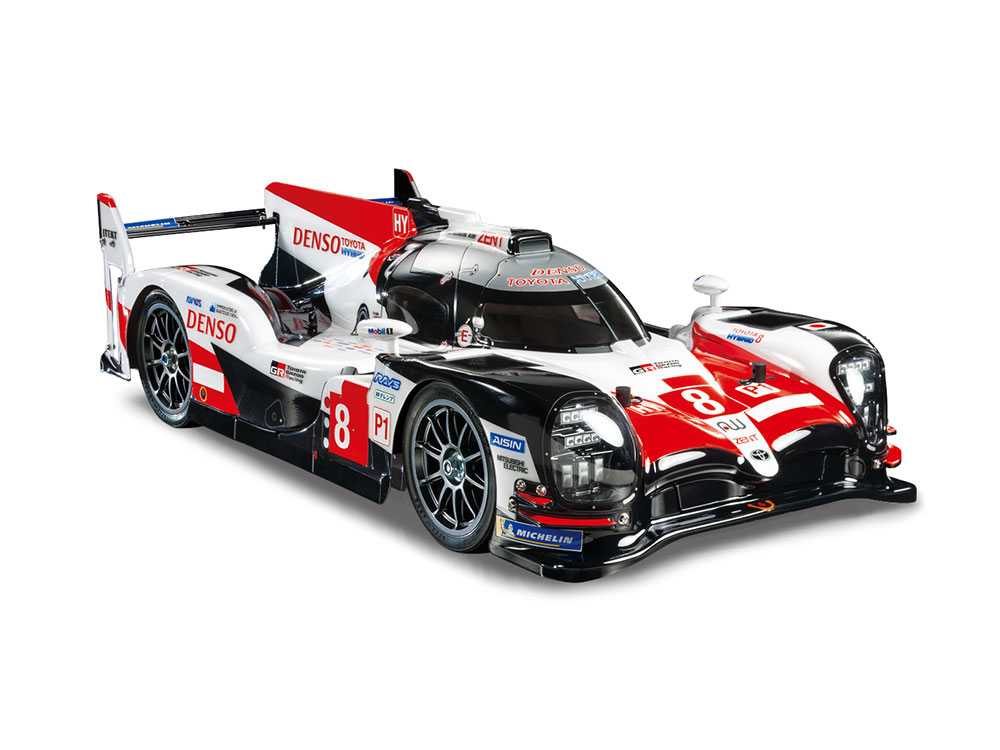 This is a 1/10 scale radio control replica of the Toyota GAZO Racing TS050 Hybrid. It is a World Endurance Championship race car that competed throughout the WEC 2018-2019 season. This specific kit celebrates Toyota’s first ever win at the famed 24 Hours of Le Mans. It was a historic moment for Toyota as 2018 marked the automotive brands’ 20th attempt in securing a first-place finish after 388 intense laps on the famed Circuit de La Sarthe in France. It is only the second automotive company from Japan to ever win the 24 Hours of Le Mans.

It is a hybrid sports prototype car developed by Toyota Gazz Racing to fight the World Endurance Championship Race, 2018 TS 050 HYBRID electric RC car assembly kit. Reproduced with polycarbonate low sharp aerodynamic form fully covered front and rear tires and cockpit. It is a finish with a high sense of scale with front nose, head light case, 2 canards, rear wing, shark fin and so on as separate parts. In addition, sticker for coloring, as well as sponsor logo, part of graphics of red and black is also prepared. We pick you up car No. 7, car No. 8 and finish it.