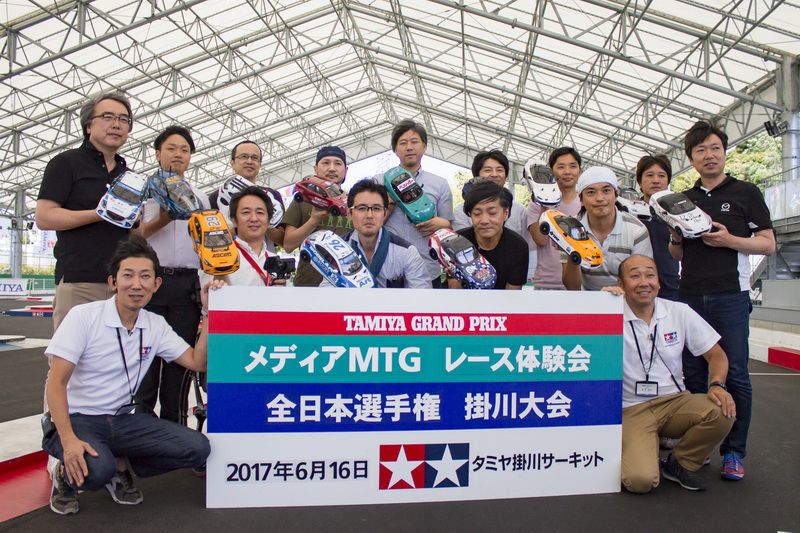 This time we will have a qualifying twice to compete for the best lap of the lap in 4 minutes and decide the final grid. The final race is a feeling of running a four-minute race with all 13 cars. However, in the actual “Tamiya Grand Prix All-Japan Championship MAZDA Championship”, qualifying competition (2 to 3 minutes) competing twice is done twice. It is said to be once in the final race (3 to 4 minutes). 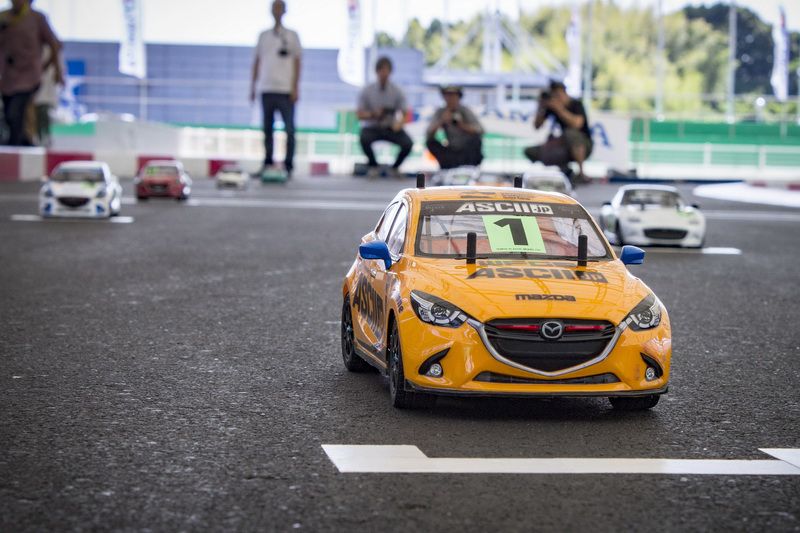 ASCII.jp is No. 1 in the preliminary round and gets a brilliant pole position!

First of all , please watch this video of Wonder Driving on the car loaded with “GoPro” and Cerevo’s data logger ” LOG-1 ” using multipurpose stay bundled with M-07 . G, etc. on the machine are also displayed on the screen, it seems like watching the actual race of the car. I can understand that radio control is motor sports well.

Here is a video of the race taken in a bird’s-eye view from the control board. Even in the scene where I was definitely falling down on M – 05, M – 07 which is bent with stable cornering is amazing!

In addition, for manians, past racing videos that ran in the normal M – 05 roadster in the past are also pasted. Compared to the sharp running of the M – 07, it is M – 05 handling which was fixed. 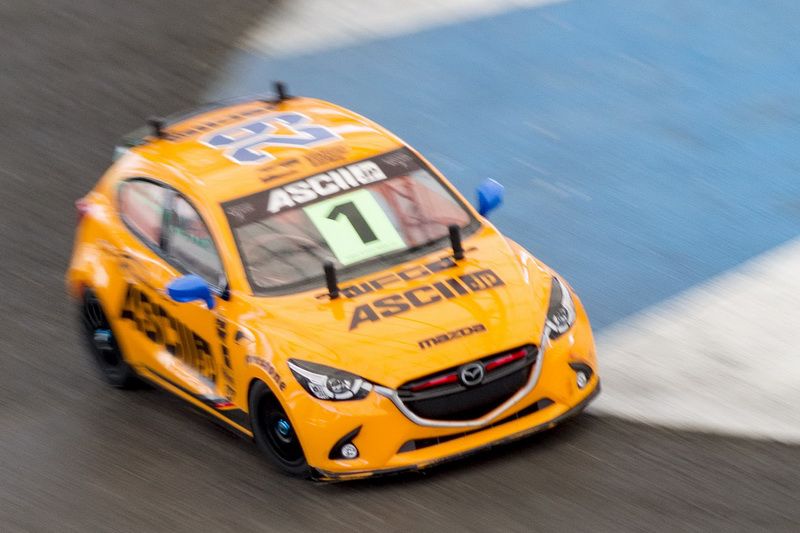 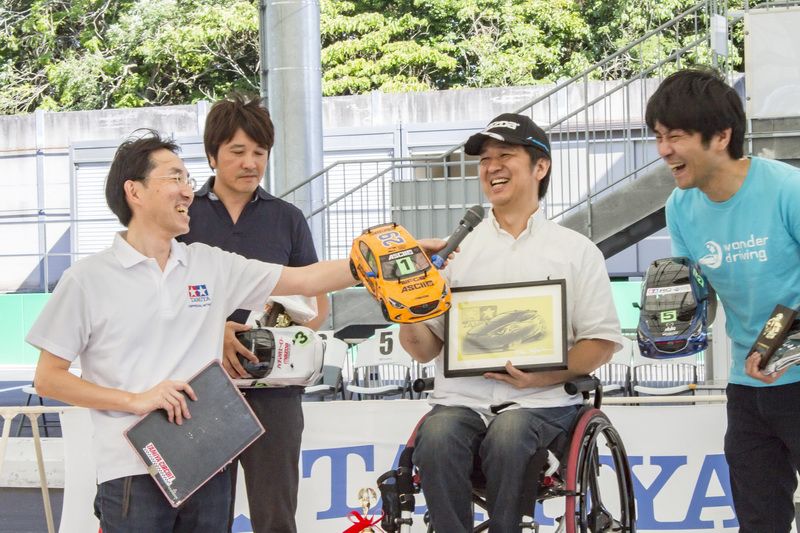 Alcazar gets the top of the body like “no attack, no chance”!

As expected, the MAZDA Championship sponsored by Mazda. As well as the actual race, even in the race experience session, the secondary awards are quite amazing! Beginning with participation award “Be a RC driver sticker”, 3rd place is “mumble towel together with human horse”. Second place is “Mazda 787 B illustration T-shirt”. And the first place is “Mazda USA Daytona Cap” and “Write down special illustration board”! 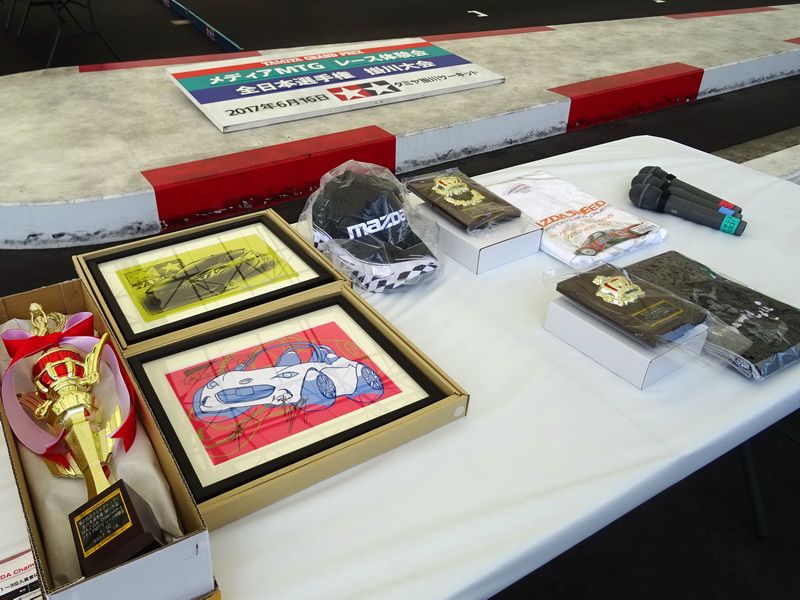 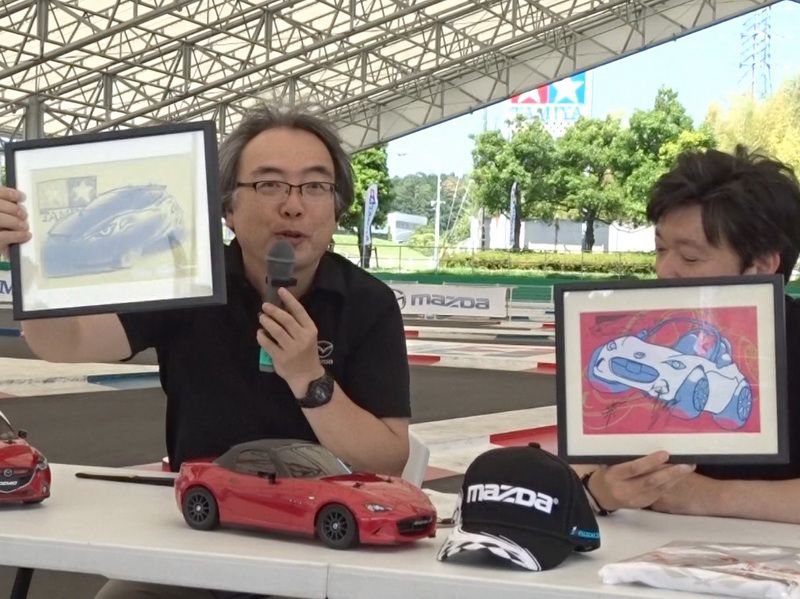 Demio (left) looks better, it is a radio control specification where a body post is drawn

Yeah, but M – 07 Demio so often ran! Because I ran comfortably too much, I wanted to get interested in some real car Demio. Actually, the body of 1/10 radio controlled car that was reproduced elaborately is drawing out the actual taste of the car in the world. No, really! 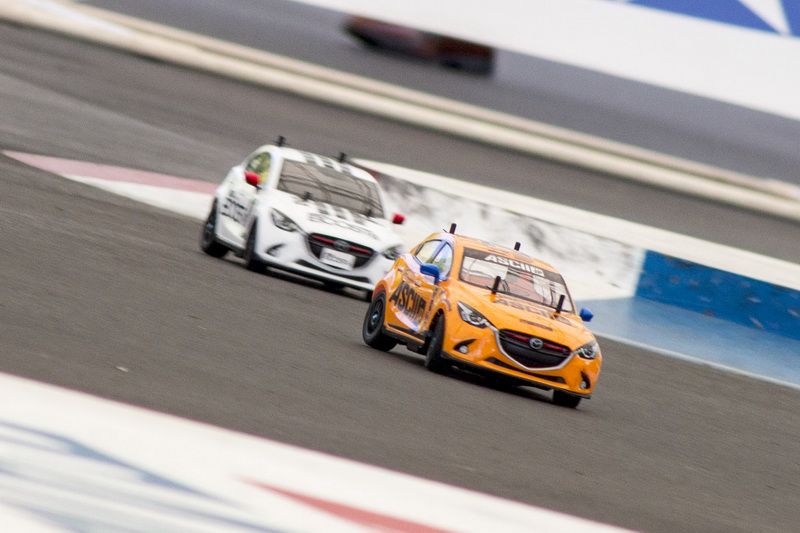 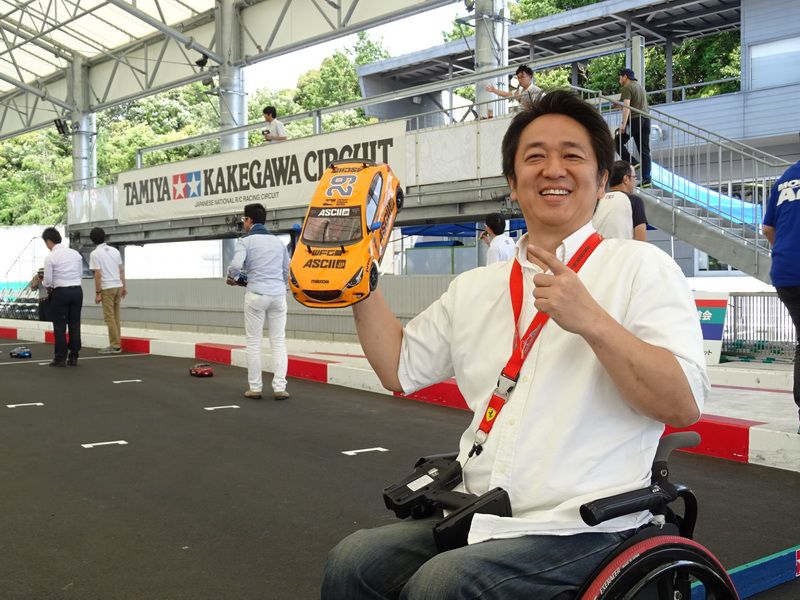 Sorry! Demio liked it! I would like to try out a real car as well!

By the way, the victory factor of this time was to combine temporarily and precisely assembled it with precision so that the gear of the drive part, the bearing, the suspension arm, etc. can properly output 100% of the original performance properly when assembling the kit I think. If the machine understands and assembles the function of its parts, it will return properly as it is. This is serious! So, I think that radio control is super recommended to understand that around happily.

Hobby that a big adult can become a smile like this child is not quite right, is it? Especially for pure children. Parents who wish to make your child an engineer or a racer have options to see for the first time from the radio control! 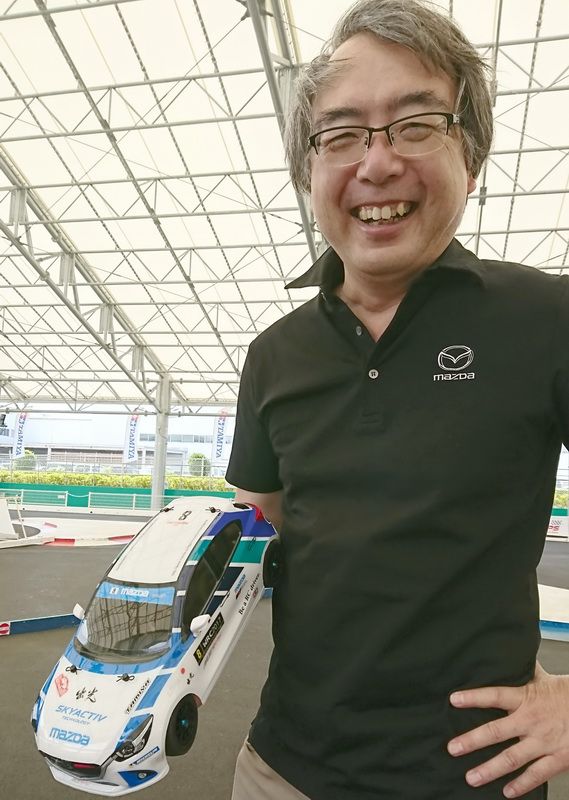 Mr. Koji Noma (head of Demio development) of Mazda Product Headquarters headquarters is a radio control freak enough to serve as the director of the radio control section called MRF in Mazda. Mazda 323 (Mazda Familia) that Mazda first won in WRC on this day also participated in the race with the Demio body painted on the color

And athletes who won the district conference compete at the top of the world at the world competition “Tamiya World Champion Decision Battle” to be held in November! Even just watching the race is fun, so please feel free to visit us when you hold nearby. It’s really fun!

M-07 Shakedown is recommended for the following sets?

I will post the setting data of my machine that won the last. Those who got M – 07 in Sokko, even for reference during shakedown. 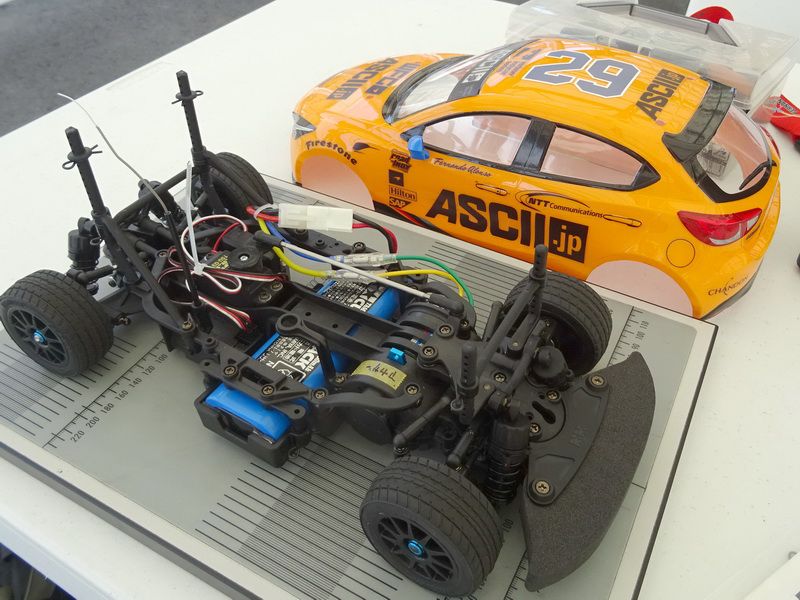 M – 07 works better enough to fill the rebound, but the machine tends to be peaking

For the M – 05, the setting to shake the car in the stable direction was a standard for the front rebound. However, since there is not much worry about rolling over or winding around the M – 07, reducing the rebound will make the car move better. As for the setting direction, it may be better to conscious of a touring car rather than an M chassis.