Jagd Panther called World’s Greatest Disaster Tank of the Second World War became 1/16 display model. Modeled in a fighting room composed of a large inclined armor plate with a sense of fearlessly featuring a 71-caliber 8.8 cm cannon. The lower part of the car body is made of duralumin. Metallic parts are heavily used around the legs such as the starting wheels, induction wheels, and suspension. The wide crawler belt is made of assembled resin using metal pins for connection. 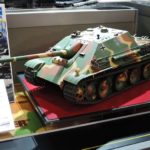 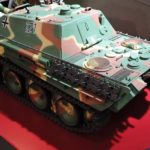 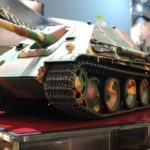 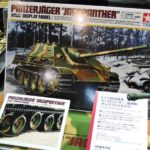