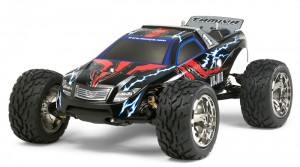 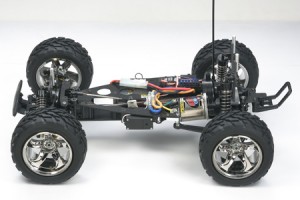 This is a 1/10 scale R/C assembly model kit of a racing truck. It is a longer version of the basic chassis from Item 58489 Avante (2011) and is matched with 100mm diameter V-pattern block tires. The truck uses a new 2.5mm thick carbon fiber lower & upper decks resulted in a longer wheelbase (275mm) which provides increased stability during high-speed off-road driving. 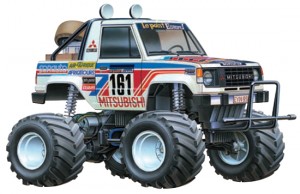 This is a 1/10 scale R/C assembly kit of a first generation Montero (also known as Pajero and Shogun in different parts of the world) It was famous for participating in off-road races such as The Dakar Rally. This R/C machine uses the same chassis components as Item 58347 Lunch Box (2005). The 2WD chassis gives the hobbyist exciting R/C driving as well as fun wheelie action.

The Sand Rover attracted many hobbyists to the exciting world of R/C in the early days of the radio control buggy era. Originally released in 1981, the R/C Sand Rover featured simple construction and a dune buggy body design. To celebrate its 30th anniversary, Tamiya is matching the classic buggy body with the modern, easy-to-assemble DT-02 chassis, making it perfect for those who are new to R/C hobby. 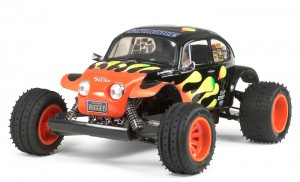 This is a re-release version of the Blitzer Beetle R/C assembly kit, which was inspired by the exciting off-road desert racer designs seen in the United States. 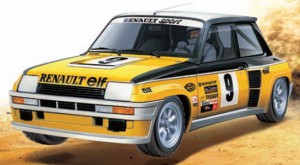 A new addition to the M-05Ra chassis R/C series line-up is the Renault 5 Turbo Rally, which was developed based on the popular Renault 5 in order to race in the World Rally Championship.

Further information will be added as soon as it becomes available to us.