A contest “click” with photos of AFV models. This time, the 81st time, the new Panzer IV won the gold medal in both categories. Mr. Yoshida’s work in the scene photography section is a combination of the Panzer IV F type and the German infantry set. A neat and clean paint finish while being assembled straight. The screen composition that considers the height difference and perspective naturally blends in with the background. Mr. Minami in the work photography category won the award for the Panzer IV G type. The slightly bluish German gray body is produced with realistic dirty paint. It is beautifully organized as a photo. This year’s applicants are 140 people aged 7 to 70. In recent years, not only regulars but also new participants are increasing. The deadline for applications for the click contest is September 1st every year. When the model work is completed, the next step is to click with the camera. Please finish it as a photographic work. We look forward to your masterpiece. 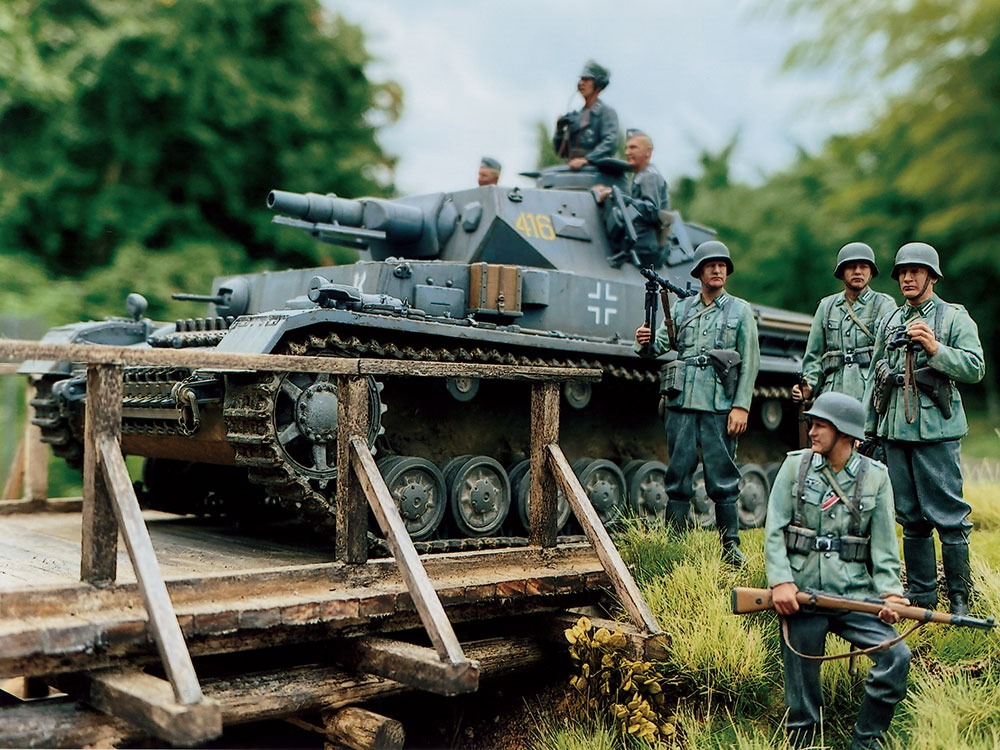 【gold medal】 [Author] Shigehiro Yoshida (63) Aichi [Title] Standby [Scale] 1/35 This time, I made a diorama with the image of the 14th tank division waiting in front of the bridge when invading Russia. Infantry are installed using the height difference in front of the pier, and the layout is designed to give a sense of unity with the Panzer IV. The shooting was outdoors, and I focused on the infantry with a sense of perspective. The bridge was made of balsa wood and the vehicle was painted in straight bluish German gray. 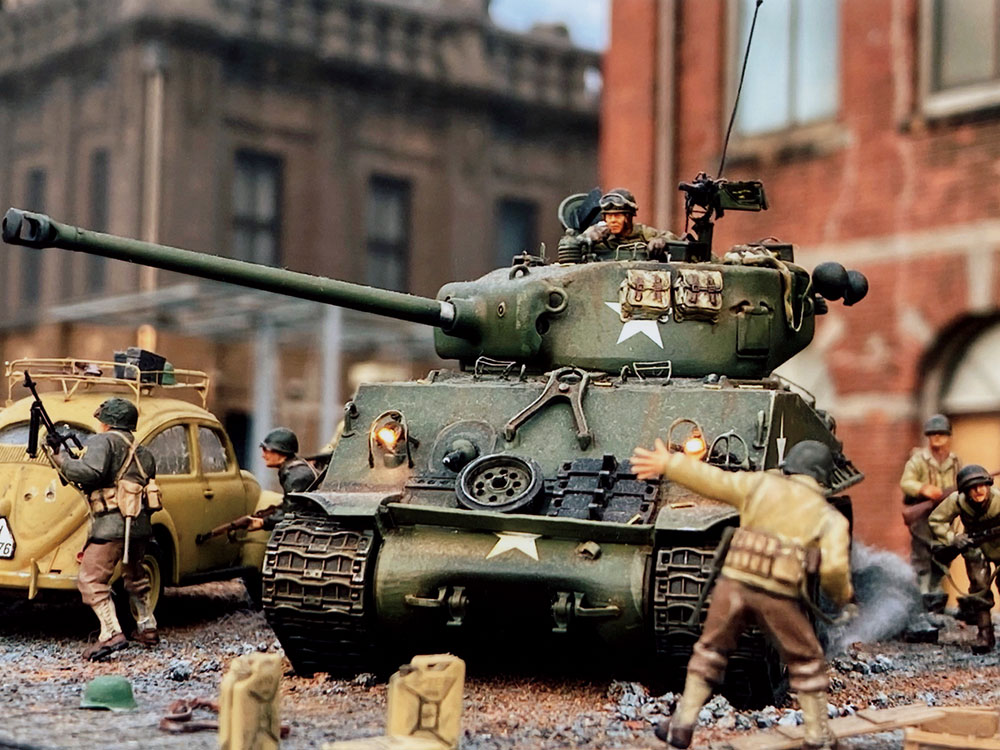 [Silver Award]
[Author] Kunihiro Mitsuishi (55) Oita [Title] Suppressing bases [Scale] 1/48
It was the US military that controlled the German supply facility, but it is said that it had already been taken out of supplies. I think that I was able to take an image in which the background and diorama matched more than I expected in the scene work with the building that makes me feel the history of this place in the background. I imagined a scene where conversations such as “Be careful! There are tigers and leopards that fill their stomachs and sharpen their fangs!”

[Silver Award] [Author] Masakazu Arayashiki (60) Aomori [Title] FRANCE 1944 “Sky Alert” [Scale] 1/35 In the grove on the shoulder, the main wing of the Spitfire, a British aircraft that was shot down. By the side, the crew of Murder I are wary of the sky. One leaf of the recorded photograph that I saw in the magazine is the original story, but I think that I managed to express it in terms of the fun and impact of the contrast. Murder I was finished with only some additional work on the details. Shooting is done indoors with few restrictions. 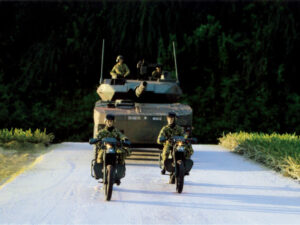 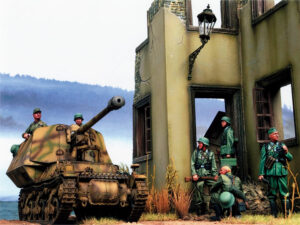 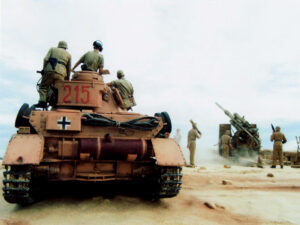 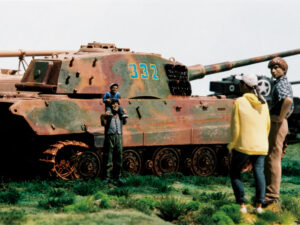 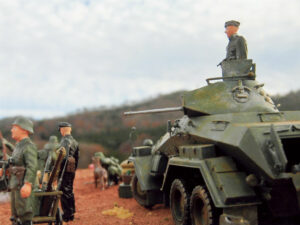 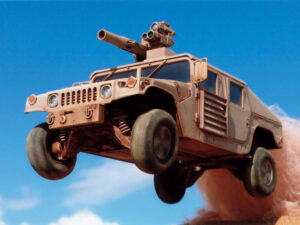 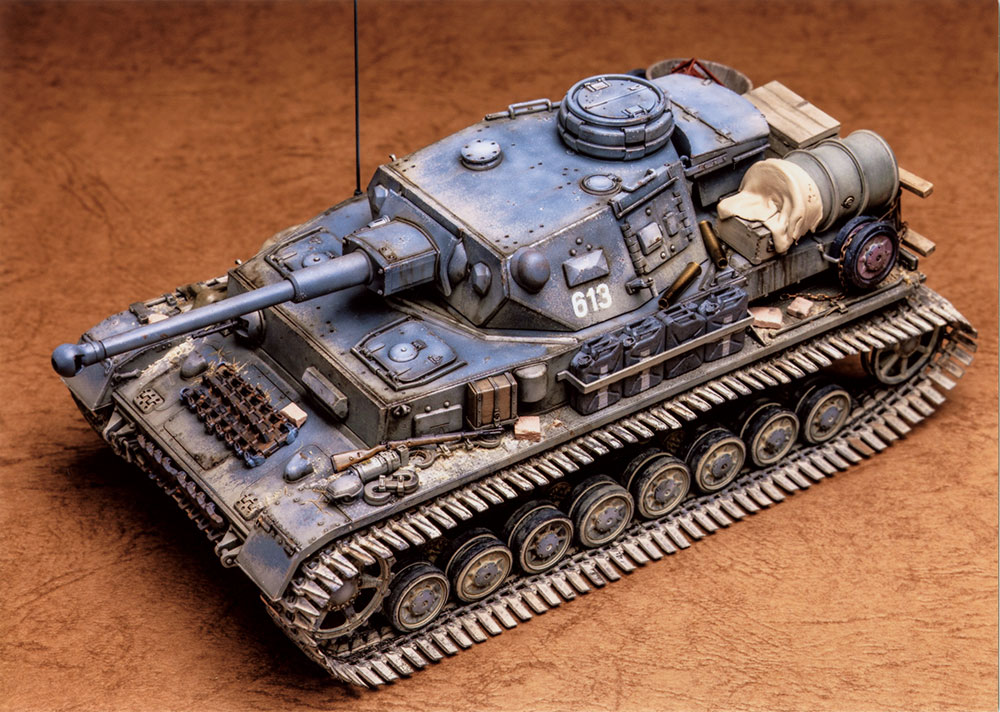 【gold medal】
[Author] Kentaro Minami (30) Shizuoka [Title] Panzer IV G type [Scale] 1/35
I wanted to create a rugged atmosphere, so I replaced it with a commercially available winter track and removed the fender at the back so that my eyes could face the track. Also, although it was assembled with North African specifications, German gray was selected for painting so that the weathering would shine. The dust adhering to the car body was made to look faint by using a peeling liquid, and rubble, bricks, dead grass, etc. were placed on the fender. 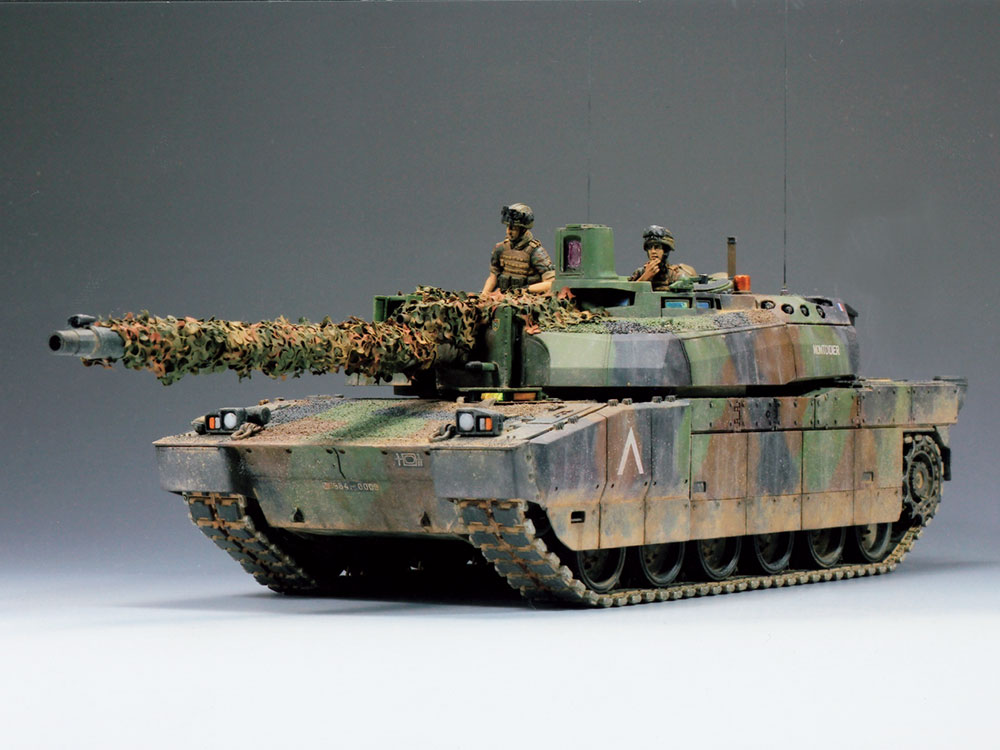 [Silver Award]
[Author] Yuta Muroi (33) Tokyo [Title] AMX-56 LECLERC [Scale] 1/35
I made it with the idea of ​​finishing Leclerc more coolly. Particle material was applied to the anti-slip parts in various places to give it a texture, and dust and dirt accumulated there were applied to make it the highlight of the work. The painting is entirely brush painting. The camouflage area uses a rubbing brush to rub a small amount of paint on a thin surface to create a smooth border. I took a picture with a single focus lens. 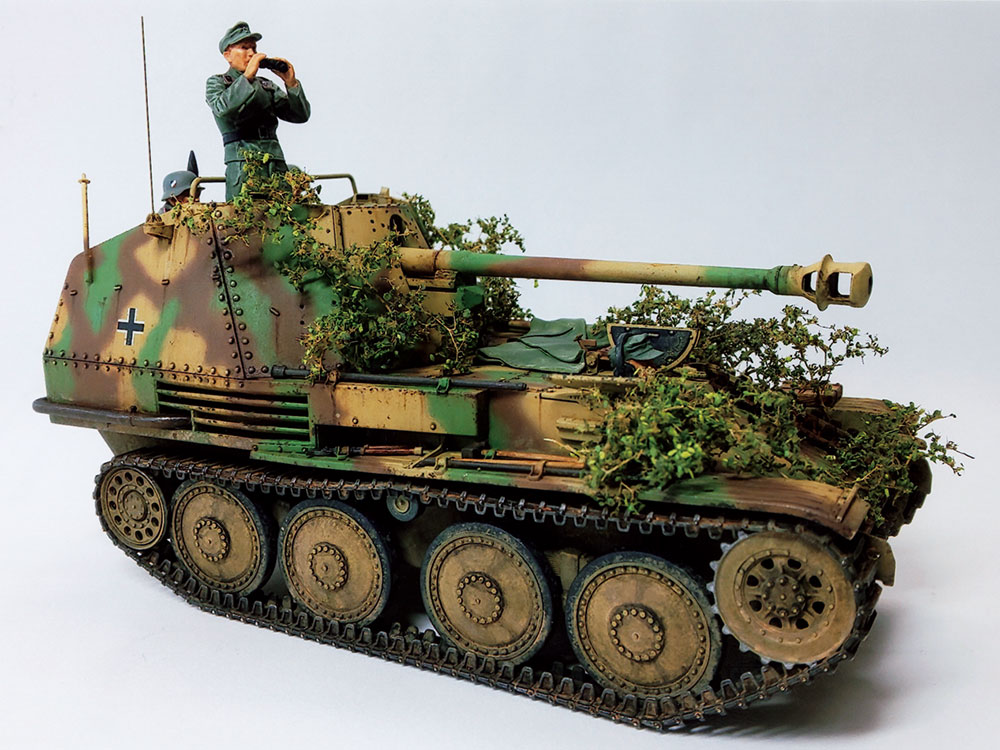 [Silver Award]
[Author] Junya Sato (53) Fukuoka [Title] German Marder III M [Scale] 1/35
I made it because I wanted to paint it like a box picture. The camouflage color is adjusted with reference to the painting drawing. The modification is that the clamp handle of the equipment was added using etched parts and the upper seat of the car body was machined with epoxy putty. In addition, the camouflage uses Dutch flowers, and I tried to place it in the center of the front of the car body with the image of ambushing in the forest of Normandy. 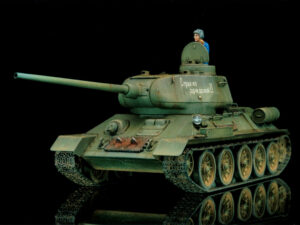 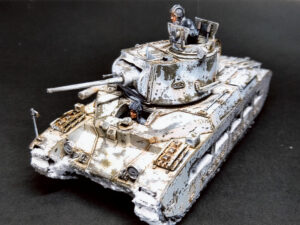 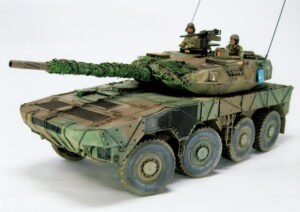 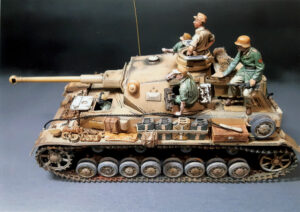 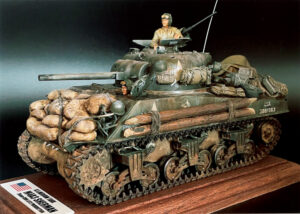 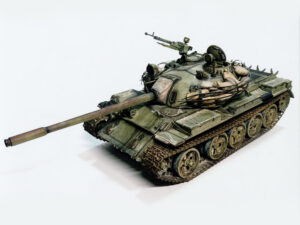 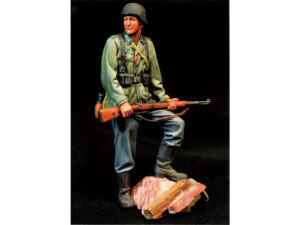