The plastic industry, which is one of the representative products of Kidult, is suffering from the aging of the main consumer segment and the slow new generation inflow rate.

In January 2018, a Japanese modeling company, which exported plastic models through Habeko, Hasegawa, etc., was hurt by the bankruptcy filing of Hobbico, which operated an American level (Revell) modeling company. Japanese model makers are also acknowledging that the current market situation is at the edge of the crisis.

TAMIYA Shunsaku (Toshinori Tama, 84) Chairman TAMIYA said, “It is important to convey the joy of making models to children.” It is the most effective way to save the stagnant market due to the aging of the consumer segment by actively informing the children about the attractiveness of the model. 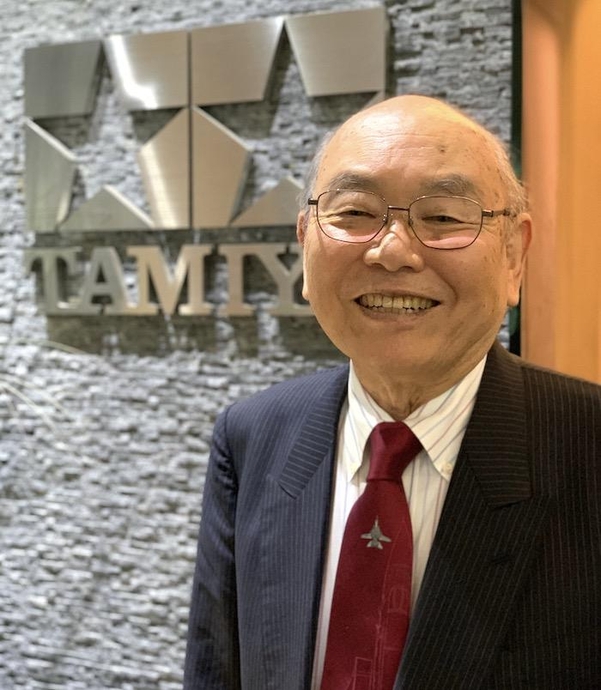 Tamiya is a model company specialized in mini dune in Korea. The company has been leading the Japanese plastic industry in the late 1980s, mid 1990s, and 2008 with three mini-cars boom.

Tamiya is a representative of the industry, including representatives of the Shizuoka model textbook cooperative, and is regarded as a “model of the plastic model” and a “living model legend”.

According to Tamiya, President Shunsaku invited more than 5,200 students from Shizuoka Prefecture to Shizuoka Habibo Shrine from May 8th to 12th, setting the day when only elementary, middle and high school students can enter. “This is the first time a student has been allowed to enter the Harvey show,” said a plastic industry official.

The Shizuoka Habibo Show is the world’s largest model exhibition with a 60-year history since 1959. Tamiya leads the Harvey Show as an industry leader. The Twin Messe Exhibition Hall, where Harvey Show is held, was led by Chairman Shunsaku Tamiya to expand the exhibition space. During the Habi Show, we open our headquarters building in Shizuoka to open a radio-controlled car and a mini-car tournament to encourage family visits with children.

“The pleasure of making is the essence of the model, and the industry must strive to promote this joy,” said Tamiya.

The Tamiya Plastic Model Factory, operated by Tamiya, is being used as a forward base for conveying to the public the “joy of making” emphasized by Tamiya President and making younger generations interested in model products.

Chairman Tamiya Shunsaku says “Game” and “YouTube” are the biggest competitors in the industry. Children spend more time on games and YouTube than on toys or models.

“There are statistics that 70% of the local children have not experienced the plastic model,” said Tamiya. “There is a lot of fun in creating a model for the parents who have experienced the mini-car boom. “He said.

“The model factory is a store where children and parents visit together,” said Tamiya. “The experience of modeling the children is a result of increasing the number of new generation consumers.

It is a great achievement to have a day that only children can enter the Harvey show. “It was successful to invite students from elementary school to high school students,” said Tamiya. “We were delighted to see how the model was produced and how it was created and enjoyed. I was delighted to see him showing interest. ” 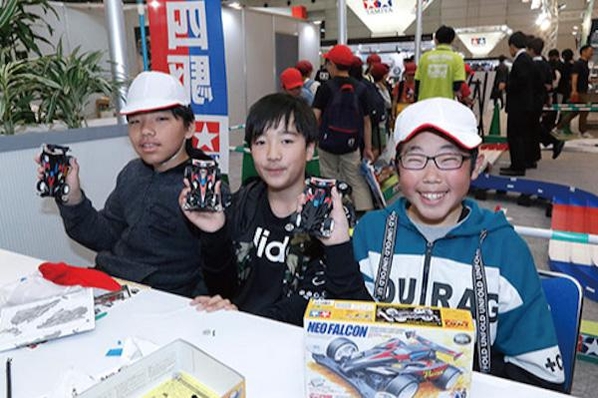 2019 Elementary school student visited Shizuoka Hobby Show. On the first day of the show, Tamiya invited children for free and delivered the pleasure of making the model to the new generation. / Shizuoka model text cooperative provided

“The game is fun, but there are analog elements in the model that are not in the game,” said Shimano, president of Tamiya Shunsaku.

Chairman Tamiya argued that the model was the basis of Japanese manufacturing. He said, “Children will learn how to use correct tools such as cutters and drivers by making plastic models, and learn the ability to concentrate on assembly manuals.” By assembling a plastic model, I know the structure of the actual vehicle. ”

◇ Overcome the economic recession with the export of Tamiya, the quality of the business

Japanese plastic industry was reduced to one-third of the boom in the 1980s, , But Tamiya’s sales are growing backwards.

Chairman Tamiya Shunsaku says his sales increase is due to “export”. “Currently, about 60% of Tamiya’s sales come from overseas markets,” said Tamiya. Although the size of the Japanese model market has shrunk, it has been able to maintain its growth thanks to its focus on exports.

According to Tamiya, Tamiya has worked for more than 50 years in overseas markets, such as participating in the world’s largest toy show “Nuremberg Toy Show (Spielwaren Messe)” in Germany. In recent years, following Europe and North America,

“Every market is not going to be successful,” Tamiya said. “In recent years, only advanced nations have been able to survive in Belgium, Greece and Spain and have strong economies.”

“For the model industry to succeed, quality is the most fundamental,” says Tamiya. If the consumer does not acknowledge it, it can not continue business.

On the other hand, the Japanese model industry is focusing on the character business using animation contents. Bandai Spirits and Kotobukiya have a high portion of sales of character products.

Chairman Shunsaku Tamiya said, “We are not interested in the character business,” he said, concentrating on the priority issues of the company, such as quality management and influx of new generations.

Source in Korean language: iT Chosun