Really the first time in a while, the “amazing” mail arrived at the laboratory in March 2001 was a trigger.

“Nice to meet you .HP I saw it … It was fun …. (… …) … (…) … … because there are RC tanks in our house so I will send you a picture for a while …” “Er !! Oh, Arushi tank !?” As it scrolls surprisingly there certainly is not there a color image of the phantom “RC tank”! ! Although this kit was confirmed as an advertisement of a Japanese model newspaper, there was no actual thing in the Tamiya historical center in Shizuoka, and it was a thing that had become a visionary kit. It is needless to say that our laboratory assistant hurriedly answered. “Ms. akasata of Shizuoka” san sent me an e-mail. To my surprise it was the assistant and classmate. It is said that when I was in junior high school second grader (I wonder if it was in 1976) I purchased the neighborhood ‘s cake shop and cockroach who was trying to throw it away at the time of stocktaking at \ 100! “The publication of the image sent this time is OK. I am very much appreciated because I can share the excitement or excitement I felt when seeing this HP for the first time with various people,” I am pleased with the warm words, with you guys Let’s share the excitement! Thank you very much, “akasata in Shizuoka”.

Let ‘s take a quick look at the box. The picture of the box top is like an American M26 Pershing tank. “Medium-sized tank” which had been released two years agoConsidering that the box top photo of M4A3E8 Sherman was also consistent. Although two characters of RC written on the front part of the car body are dazzling, it is the letter “remote control actual application No. 28301” that draws more attention than that. The assistant knew the catch phrase of “The revolutionary product of the model world! It is the definitive version of the car body” that can be steered freely freely in the advertisement of the Japanese model newspaper, but what kind of remote control of the mechanism , But it was a mystery as to why it became a “real application”, but this time gloriously thawed.

As you open the box, you can see that the tank itself is the same thing as the “medium-sized tank” that was released two years ago. And the remote control system of interest. . . Since I use one motor, I can understand until forward and backward, but I do not know the direction change freedom. It was a completely new idea of ​​pulling a wire and floating one side of the car body with a seesaw-type lever. This wire and the power cord are in the blue plastic pipe. It is easy to understand, but it was exactly Columbus egg. You can also see the statement “Join the thread like figure as you can easily operate” on the ring-shaped tip of the wire in the remote control box.

It was still five years ago until the release of 1/35 Panther Tank (remote control), the remote control tank of the first plastic model of Tamiya. 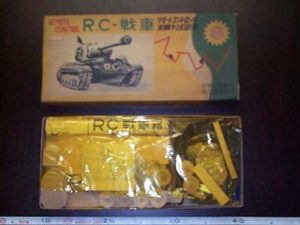 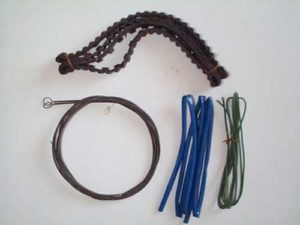 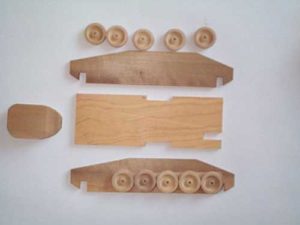 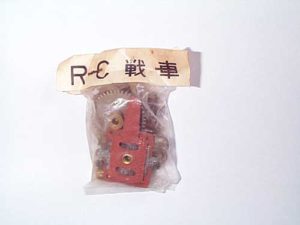 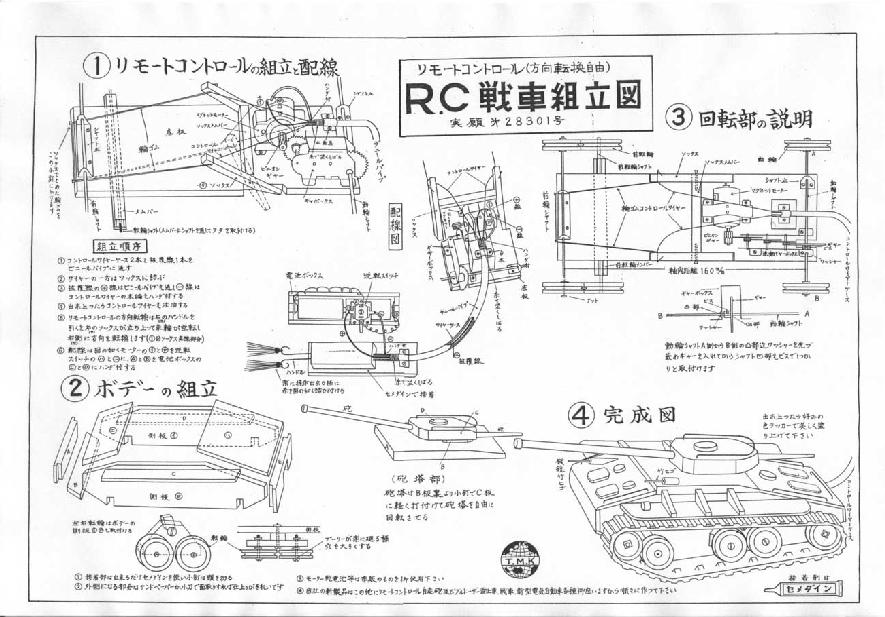 Assembly instructions that information is just spilling. I can understand why it was called “model teaching material”.