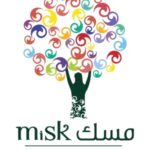 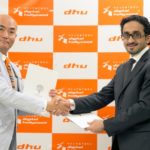 Mr. Muhammad Bin Salman crown Prince Mr. Muhammad Bin Salman established in 2011 as a non-profit organization where young people in the country create innovation and creativity of “business · literature · culture · science · technology”.
The foundation has worked with partnerships with Western organizations such as Harvard University, Cisco, UNESCO, Siemens, and so on.

Mr. Badr Al-Azerkel, secretary general of the “Mike Foundation” who came to Japan on a memorandum with “Digital Hollywood University” and “Tamiya Co., Inc.” said, “The Misc Foundation provides Saudi youth with various fields through global partnership I would like to take the initiative and learn the world’s most advanced knowledge and technology.The Memorandum with this two organizations is a start in Japan and we will continue to collaborate with several organizations further in the future. And I would like young people cultivated by the project to be the foundation of the Saudi economy which does not rely on oil in the future.”

Founded in 1994, President and CEO Takeshi Yoshimura, president and CEO of Digital Hollywood Co., Ltd., “Digital Hollywood Co., Ltd., which operates Digital Hollywood University, says,” Our university is a digital content and digital communication in Asia I have been truly honored to be able to contribute to the development of the entertainment and content industry in Saudi Arabia by setting up education field and fostering human resources who can contribute to the future.It is to carry out CG experience classes on site as a start We will accept foreign students from Saudi Arabia in the future and we will develop human resources who will be united with Saudi Arabia and support the content industry.”

“Tamiya Co., Ltd.”, which develops, manufactures and sells models and plastic models globally, was founded in 1946. Mr. Tamaki Tamiya, Chairman and Representative Director Shunsaku Tamiya said, “His Highness Prince Muhammad Bin Salman of Saudi Arabia is focusing on” manufacturing “and young people’s capabilities, introducing Japan’s” Monozukuri program ” As part of the project, I was honored to be working with Tamiya’s educational program very much this time.The company wishes for children who are responsible for the next generation of Saudi Arabia to spread this program We will continue preparations for full-scale operation in the future. ”

Mr. Bukhari Isam, CEO of “Manga Productions, Inc.”, a subsidiary of the Misques Foundation, said, “The coordination with the Japanese side has advanced with this visit and the direction of development such as animation production and video game as a joint project between Japan and Saudi Arabia I have come to see it. ”