Works from various angles gathered – The 45th puppet remodeling contest. In the year 2016 I was excited and excited about the sports such as the Rio Olympics and the Carp’s league title. In politics, the new Tokyo Governor, the birth of the new President of the United States. It also became an endless topic with mixed hardening, such as the appearance of Japanese musicians (?) Who also gathered attention from all over the world. 1
This gold medal is unique character and challenges in the world every time Koide KazuTadashi’s was awarded. The lively animals surrounding the hero are skillfully constructed in the limited space, the drawing skill of the doll and the height of the work technique are remarkable works. Silver is Honoring the, who Shigeru Mizuki was last year entered into a miracle Hidetoshi Shuto’s work. Mr. Mr. Shido, who is good at Miki’s wandering life and the ability to dramatically summarize lovely storytellers who can not hate somewhere, a group image of youkai things. Of Bronze Kenji Nagashima’s work, your Futari familiar “Emiten” the moderator replacement has become a big topic. As well as reproducing the smiling face as a remodel, the podium with the motto of the cushion is tightening the work. Four topics won this topic award. Three of them focused on Japanese athletes. 淺木Shinshiro’s is pitching form loving spirit of dual wielding Otani players Nichihamu. Obata Keiji’s the big success in the English Premier League, artistic shoot scenes of Okazaki players. And the badminton gold Medarupea of Rio Olympics popping smile was impressive Eikichi JitsuTomo’s reproducible. The sports theme work was evaluated not only for topicality but also for the height of the observation eyes of three awardees, just because the exact skeletal expression of the doll is a point that brings out the feeling of dynamic. And another topic Award at the scene of the hit movie Shin Godzilla Sato Junya’s won. It is difficult to bring relationships between dolls or to make air feeling to put together a statue with less movement as a group image. This work gives a sense of unity as a group image by giving individuality to the facial expression of one body. Of the contest’s first challenge one color Tsuyoshi won the Effort Award in the movie Alice in Wonderland. Combining various scenes like patchwork, it is a masterpiece made carefully to small articles. Was exhibited your monkey’s local Takasakiyama is Rie Shuto . Famous food feeding is truly humorous even 1/35 size. This time I gave a special “Humor Award”. As for the base doll 1/35, new poses are increasing one after another. Actually pick it up, inflate imagination, please try to make your own doll by all means. 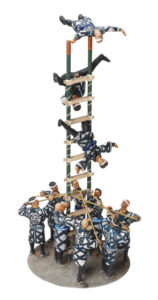 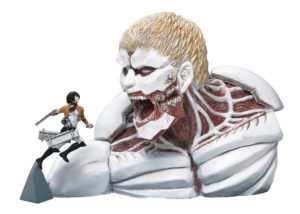 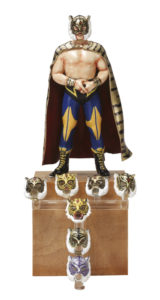 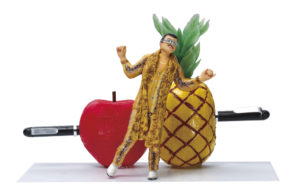 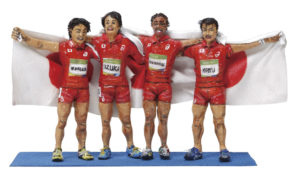 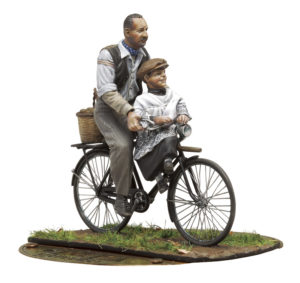 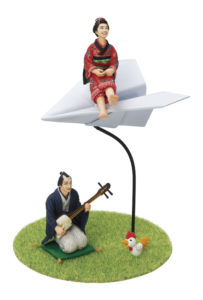 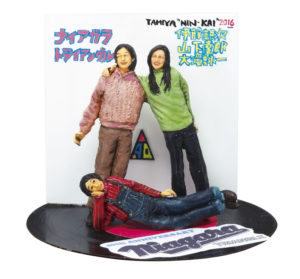