Tamiya is October 16, we held a “four wheel drive mini Japan Cup 2016 championship” at Odaiba · MEGAWEB. In this tournament, the players who were winning the qualifying was held in June in Japan gather, to determine the champion to be in Japan.

The day was also done last qualifying. Qualifying of the “four wheel drive mini Japan Cup” is to join a large number also core member of society team. They are a wide range of areas, not in qualifying tournaments in one region, for example Shizuoka team performs an “expedition” to Aichi and Hiroshima tournament. Even in such a qualifying tournament, Tokyo qualifying large scale, gather users from all over the country for at this time.

For the final qualifying there is a subsequent championship, but it as also recruiting people even half the time compared to qualifying so far, over the last chance, challenge and put the fighting spirit in the previous kneaded in qualifying setting players reaches there were many.

Course “Ultra Burning Circuit 2016”, which is used in the “four wheel drive mini Japan Cup 2016” is a pretty difficult course. In particular, the body moves violently up and down “di Alps” was plagued many players. Here in a place such as those more difficult previous to “Niagara slope”, climbing a steep uphill at a fairly state that speed ride was, since then become a horizontal, steep downhill is waiting.

In addition it can also be said gimmick and this time a symbol of the “vertical changer”. Is a changer for changing the course, but he does not pass through only once during the five laps, this time must rise came in the body up to a height of 170cm. To run up power is required, because the get off a considerable steep slopes and cut climbing becomes a breakneck speed, but also significantly reduced the body of stability. Of course, the other to be a dangerous place is there are a number.

This time of athletes of the “epidemic” is a “movable body”. Attach the hinges on the entire surface of the body to be attached to the chassis, but gimmick to press the vehicle body to the road surface by body movement when the vehicle body is or splashing. This was caught called “lantern”, which was making a combination of the bumper part of the vehicle body rear portion far.

A movable body is an improved version of this gimmick. Lantern was a completely different parts of it, has become integrated under the gimmick with the body. In addition the body itself are also using the polycarbonate. As a result of the rigidity of the weight reduction and body it is also secured. By the way, the nickname of the fan is also interesting that it is the “body lantern”. Think a lot of players a variety of means through the tournament, it leads to the “epidemic”, and sophisticated and will flow I felt seemed.

Was held from June but “four wheel drive mini Japan Cup 2016”, athletes between 4 months or around the venue of a number, and share information among themselves, other people’s opinion on the net as a reference It is or. I felt a lot of cars to finish in the order or qualifying. Course of “capture” seems to have been pretty.

However, in the finals by the veteran who went on winning the whole country and say not only finisher, is interesting is not the case. This time can participate in the competition winners will be “Champions”, “junior class” of up to three-year junior high school, but he three championship of the “open class” of no limit has been carried out, the car that went off there were many.

‘m Still the finals of the “open class” there was most impressive is in this game. Athletes of the machine that has been victorious from all over the country will proceed to change the combines and rapidly order the stability and speed. And black Tanigawa player machine running in the top was scattered late spark, yellow Kawai players of machine. Yellow machine is hectic chase the black machine, and last, left admirably unplug the black machine that became a lost time in the “vertical changer”, the yellow machine, Kawai player became the winner.

Kawai players wrested the current appearance in front of the qualifying tournament of the finals. So that the rose to twice the podium in one day. Kawai himself also seemed to be surprised at this result. Kawai himself is like to have a community and a deep connection, it had been blessed by a lot of people.

I showed got a Kawai player of the machine after the game, but there is no body part, it is a unique appearance which is visible to the chassis bare. When the question as “Where was devised?”, And Kawai players “is where flexible”, it showed the body “twist in”. This machine has been added is large hands from the chassis, the chassis has been connected by the shaft is divided before and after, he can change the angle of the front wheels and rear wheels in accordance with the inclination of the road surface. That this mechanism leads to a more stable ride.

I had never seen such a mechanism. In Tamiya products chassis has become to one plate, or will not be a thing close to the idea of the actual vehicle of the suspension of that move disconnect it. I felt that it is a new idea in a very unique. It idea to greatly expected the coming of the four wheel drive mini “evolution”. To athletes is really amazing, mini four-wheel drive was fun and strongly felt tournament. 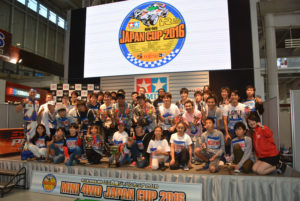 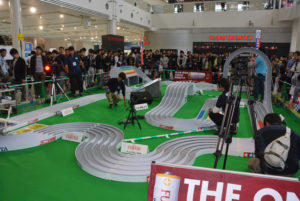 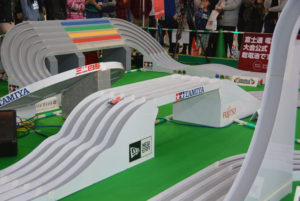 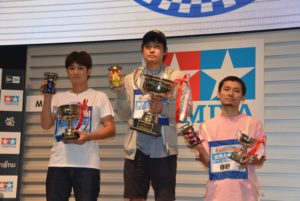 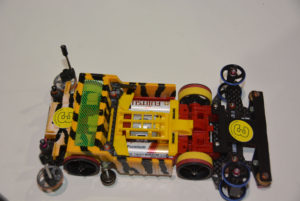 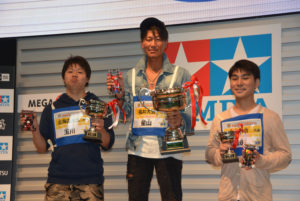 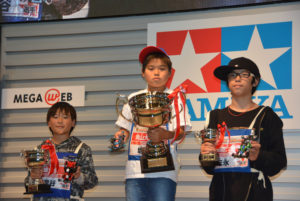 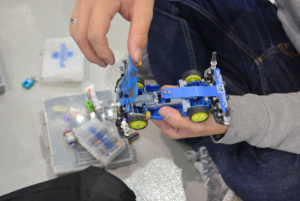 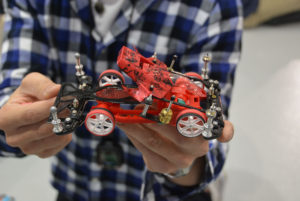 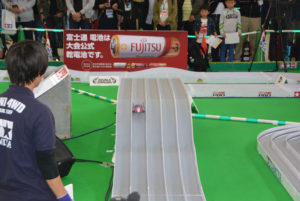 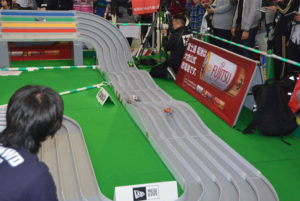 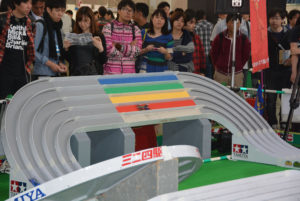 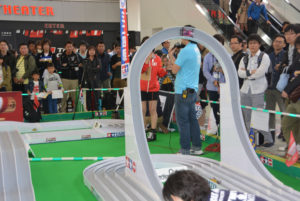 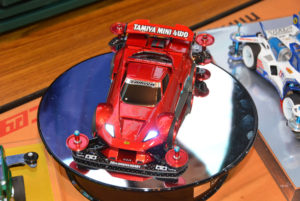 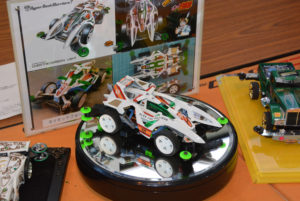 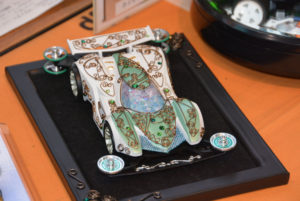 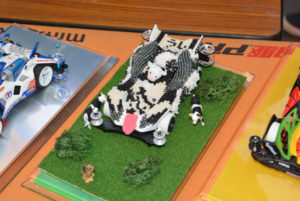 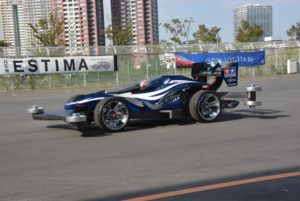