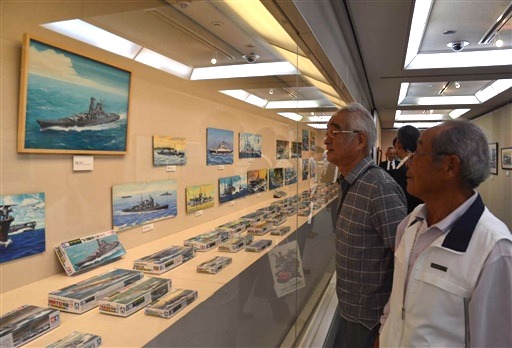 In memory of Kihachiro Ueda, who has been passed away on June 18, 2016

It became a carry to plan a meeting with the memorial exhibition to remember with the people and the bereaved family to share memories.

About Memorial Exhibition
Kihachiro Ueda Mr. worked a lot of box picture water line Shirisu became a masterpiece from 1971, through the box picture of the model, such as warships and aircraft, is a painter who is loved by many fans. Vehicle, there is a force that can be beautifully depict the figure at the time of the three-dimensional finished just by looking at the excellent once drawing the forces in particular represent a “mechanic”. Excellent talent of mechanical drawing not only draw the background, it was also known as the “man to draw the seven seas” because it split draw a wave of various sea. This time, including the packing box Kihachiro Ueda’s “Shizuoka model teaching materials cooperative” companies we hosted a memorial exhibition was commercialized ordered in the work with Mr. Ueda (package), box art are the property of their respective owners in addition to exhibiting the “original” to be called, will be also allowed to display memorabilia that people with a friendship relationship, such as your family and friends was potluck. Such as through work that are not exposed to the outside usually, but there is a short period of time, prominence feelings to achievement of Mr. Kihachiro Ueda while seeing to everyone, I hope you became a memorial exhibition that bring remembrance. 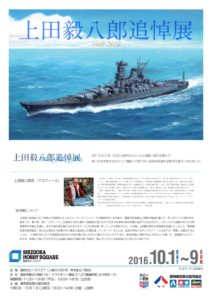