Cerevo has announced the remodeling kit that can be used to remotely operate the “mini four-wheel drive” from smartphone “MKZ4” of Tamiya. Price is ¥ 5980 (by four wheel drive mini, tax). Tool set “MKZ4TS” (¥ 9980) required for the assembly of MKZ4 is for beginners are also available.

The company site in the reservation acceptance has been started, shipping is beginning on or after mid-July. “MKZ4” is handled in Akizuki electrons in the Akihabara, Tokyo.

MKZ4 and Wild mini four-wheel drive. It white PLASTIC PARTS this time, but the production version will be black parts
“MKZ4” is, Wi-Fi module or servo, a dedicated substrate, a kit and a battery box is set. Assembly writing the software, and attached to the Wild four wheel drive mini of Tamiya, you will be able to operate the mini four-wheel drive from the smartphone app. In use, incorporate a “MKZ4” to the original chassis in half.

Interface of the operation for the app, radio control of Propo (transmitter), not the wind, to swipe the screen of the smartphone and tablet, thing. If you want to move forward tracing toward the top of the screen, swipe diagonally right if you want to turn right.

Customize the app, for example, it is also possible to use an acceleration sensor of the smartphone. But will be able to operate in only tilting the smartphone if it is this, can not actually operate to try the inclination and direction of consciousness well go the vehicle, accustomed is needed so. App development of these operations system also is one of the best part of “MKZ4”.

Generally mini four-wheel drive, but can only move forward can be operated to and fro By using the “MKZ4”. PLASTIC PARTS is a material called POM, may be utilized in the general PLASTIC PARTS, with sufficient strength and durability.

“MKZ4TS” of the tool set, a soldering iron and solder sucker, tester, are precision nippers, driver, such as masking tape are combined. Program writing kit to the wireless LAN module “MKZ4WK” separately, is required. MKZ4WK is if there is one, can be used in multiple “MKZ4”.

MKZ4, MKZ4WK, set three models worth of Wild mini four-wheel drive (one model 30 only) are also available. The selling price is 8888 yen.

E-work, as a beginner’s kit to learn programming
Raised the concept of “global niche”, but do not expect a lot of a lot, so as not to be caught up from companies such as China, stocks in the high-mix low-volume a unique product, will offer a variety of country Cerevo (Serebo ).

“IoT (Internet of Things),” is not a buzzword which disappear in a few years, In the course of personal belongings of thing becomes more and more smart in the period of the future 20 years to 30 years, and now the children may support the future of Cerevo may not – is Takuma Iwasa of the Cerevo representative director said.

So Iwasa said, and the hard development of making things, it is an important software development to enjoy by connecting to the net, I began exploring whether not Kakaware something as Cerevo. However, Arduino was noted in such as electronic tools, also products such as Raspberry Pi, is not a few people who would be happy if ask is lit by connecting the LED. Even turned an eye on the software development, when to learn programming, there is a hurdle for long-lasting will close only among the screen.

So held the DMM.make AKIBA In Cerevo, 11 May 2015, a workshop that uses a mini four-wheel drive. In addition to become a full house in a few tens of minutes from the announcement, after another inquiry after also held across the country, feel the height of the needs. Even parts that were made with 3D printers in the workshop caused the mold, such as the PLASTIC PARTS of POM material, was supposed to be commercialized as “MKZ4”.

The relationship with Tamiya?
Released from the passed more than 30 years, the …… such a challenge that can maneuver freely “mini four-wheel drive” to continue to collect a constant support as a hobby from adults as well as children only by now, so that you can experience at home rather than in a workshop “MKZ4” the case for this time to. Mini four-wheel drive is easy to buy anywhere in Japan, this time, because the wild mini four-wheel drive, which was the subject can overcome even a little obstacle, even more enjoyable. On the other hand, what if are positioned from Tamiya to provide a mini four-wheel drive.

Iwasa said, “as the relationship between the Tamiya san, is essentially non-certified products. All the responsibility lies in Cerevo” and comments. However, street suggest is possible to provide a set of a wild mini four-wheel drive, the Tamiya side while consultation efforts of Cerevo, that he has also obtained a certain cooperation.

Provide a manual in the Kindle, even further modifications such as a brake lamp LED
Apart from the accompanying instruction manual, it is also provided manual at 1000 yen as a book for the Kindle. Cerevo engineer who was involved in the development in this book that emerged as the brand of books, than was ignoring the cost of 1000 yen, and to have become the dark content enough to suspect.

For example, by that there is a port that is surplus to the substrate, by adding the LED is lit as a brake lamp, gimmicks and AD such as – the contents, such as using the (analog-to-digital) conversion to adjust the steering is introduced ing. Furthermore, Toka is also introduced a mechanism to remotely operate a mini four-wheel drive incorporating a “MKZ4” through the server.

Again in August, workshop using the “MKZ4” will be held along with the DMM.make Akiba. 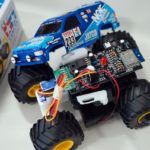 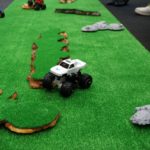 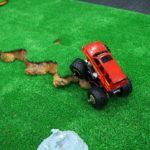 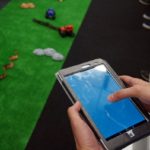 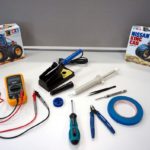 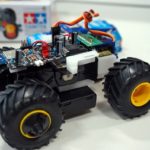 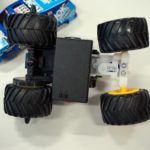 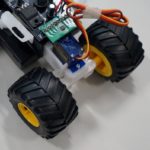 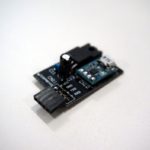 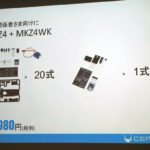 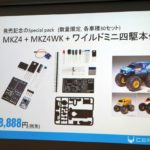 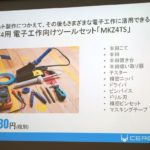