Published in 2000, it attracted enthusiastic support from plastic model fan “Tamiya model all work visual version”. Enlarged edition to me was must for fans of the series, all with box picture in a color photograph of the existing scale model is published. This year of 2016 to be a founding 70 years, the most recent version of this enlarged edition plus the sold model in the previous version after 15 years. Impressiveness of the finished product is published in color, in addition to the description of each model, and pick up some of the products, product introduction page of “Tamiya news” of the sale at that time was also recorded. Volume 3 is a ship and airplane models Hen. Japanese fighter, Zero Fighter and Shiden, night fighter moonlight, from such hundred equation headquarters reconnaissance aircraft, Spitfire, Mustang, Corsair, mosquito, the countries of the masterpiece machine also mustering such Shutorumobiku. 1/48 propeller action series propeller turns a built-in small motors was also introduced. Ship model battleship Yamato, aviation cruiser best, from Japan ship, such as a special type submarines Italy -400, British battleship Nelson, the United States battleship New Jersey, such as the German battleship Bismarck, big size is 1/350 scale of force, and in sailing was reproduced in the state, “water line” series, including the users had to introduce. Also, significantly revamped the contents page of the wooden model, which became the cornerstone of Tamiya establishment. The end of a book was also recorded special interview article of Shunsaku Tamiya chairman. Size: B5-size 257 × 182mm From item number about 600 points all 254 pages 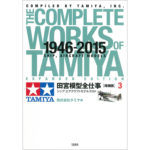 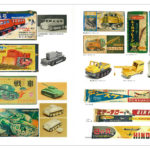 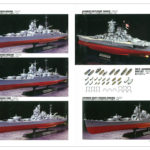 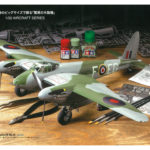