Published in 2000, it attracted enthusiastic support from plastic model fan “Tamiya model all work visual version”. Enlarged edition to me was must for fans of the series, all with box picture in a color photograph of the existing scale model is published. This year of 2016 to be a founding 70 years, the most recent version of this enlarged edition plus the sold model in the previous version after 15 years. Impressiveness of the finished product is published in color, in addition to the description of each model, and pick up some of the products, also posted product introduction page of “Tamiya news” of the sale at that time. Volume 2 cars and bikes Hen. Honda and Ferrari, Lotus, including the F1 machine such as McLaren, skyline, stock car-based GT cars such as the Fairlady, such as the super car such as Porsche and Lamborghini, yearning of the car model lineup. Bike also equipped a wide range from the racer model to be active in the circuit up to a commercial model that attracted attention. In addition, some people became addicted to boyhood many “slot racing car” series and, such as the further back in “automatic drive” model, it can also be traced genealogy of play plastic model. Size: B5-size 257 × 182mm From item number about 700 points all 256 pages 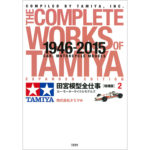 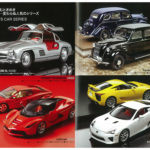 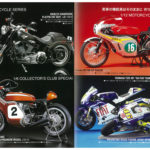 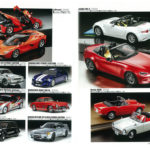 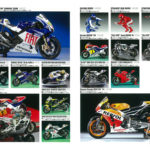