In our society, with the cooperation of the Corporation Tamiya like, we have been held using the 3D printer of the topic now to participate in parent and child in the country the work experience course to make the original body for the “mini four wheel drive”. It is active in the goal that will be held in Japan 47 prefectures all regions. We will come to your city! !

Contents of the course
is to demonstrate the own way of imagination, 3D printer that can make what they want.
From the era that were not used previously only part of the mania, it’s getting to the age that can be used by anyone.
But there was that it was thought to hurdle in front of it. It was that “make a 3D model.”
So, Kai to take advantage of our 3D data (3D-GAN) I was thinking.
It dad from child, mother, or grandpa, that will make the opportunity to learn a fun 3D modeling together to grandma.

★ The 3D modeling their own way original body of parents and children the template to the original.
★ The first time any easy and fun, you can learn the manufacturing due to 3D.
★ And output the original body that was 3D modeling on the PC in the 3D printer
★ It was run by assembling the original body to the actual mini four wheel drive, and enjoy.
★ Safe because it uses the PC and the 3D printer, not dirt, it smells also rarely.
★ It is currently the mainstream, making those with the 3D data is I can experience in half a day.
★ Also 3D printer also offers PC. Your participants are not particularly those get available.
★ We plan to hold in the region of everyone you live. Please see the Conference Schedule.

[Template body is right now three, will increase in the future] 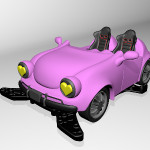 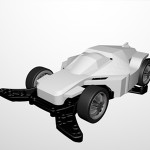 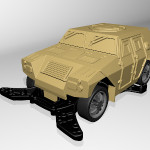