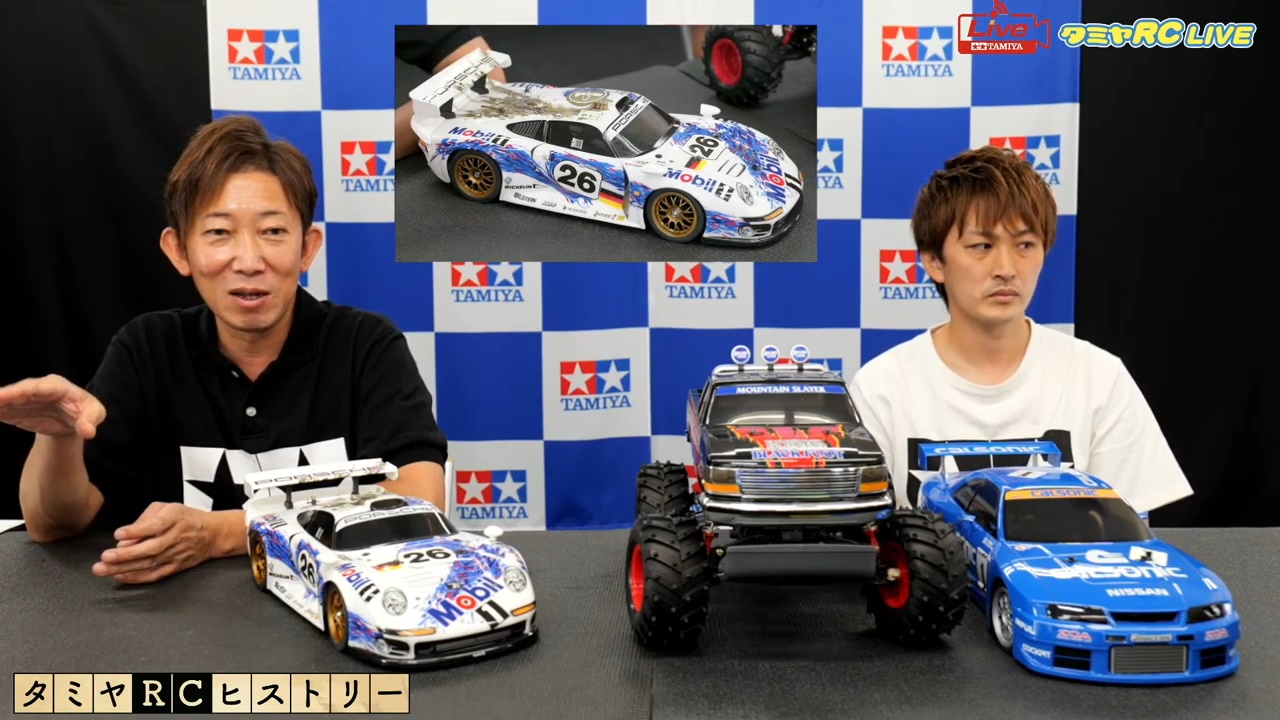 Introducing the Tamiya RC Car Grand Prix Fukui Tournament and Tamiya RC History!
・ We will deliver the pattern of the final race of the “Tamiya RC Car Grand Prix Fukui Tournament” held at the Fukui Prefectural Industrial Hall on Sunday, August 14th. ・We will introduce the settings of the Astute 2022 (TD-2) used by Tamiya Maezumi, also known as Paisen, in the TD2 Grand Prix class. ・We will continue to introduce items released in 1997 in Tamiya RC History. The “Calsonic Skyline GT-R” that fought with Kazuyoshi Hoshino and the “King Blackfoot” with its powerful big tires will appear. We will also introduce the “Porsche 911GT” that uses the belt drive 4WD “TA03R-S chassis” that appeared with a rear motor and short wheelbase!