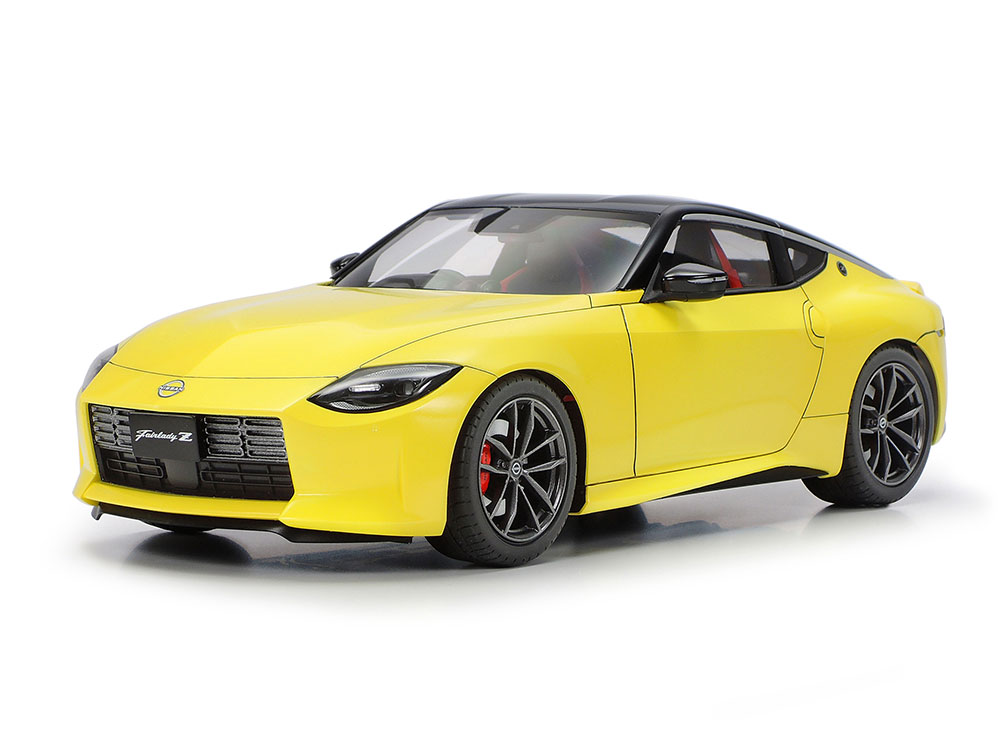 Nissan’s sports car, Fairlady Z, announced in August 2021 for North America and in January 2022 for Japan. The 7th generation features a design that pays homage to successive models with the main theme of “fusion of tradition and state-of-the-art technology”. Equipped with a 405-horsepower 3-liter V6 twin-turbo engine at the front, it combines a 6-speed MT or 9-speed AT transmission to drive the rear wheels. As a pure engine model, it attracted the attention of fans around the world.

About the model
★Length: 183mm, Width: 84mm, Height: 55mm. ★The sharp form of the 2-door fastback coupe has been faithfully reproduced. The outer panel of the body and roof is composed of separate parts. ★Separate parts such as the lower part of the transmission and front and rear suspension arms give the underside of the chassis a three-dimensional finish. ★The seat is divided into 4 sections for ease of painting. ★Comes with masking stickers for coloring transparent parts. 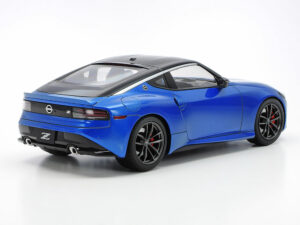 The sharp form of the 2-door fastback coupe is reproduced as it is. 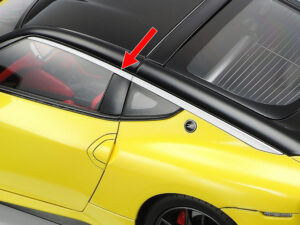 The finisher that imaged a Japanese sword is also made into a separate part. Eliminates the need for masking when painting the body. 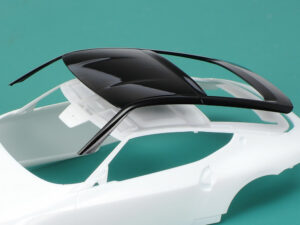 By dividing the main body and the black roof part, you can easily reproduce the two-tone body color. (The image is unpainted) 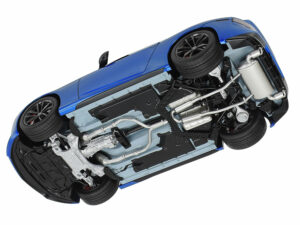 Details unique to FR vehicles such as the transmission, exhaust pipe, and suspension are also worth seeing. 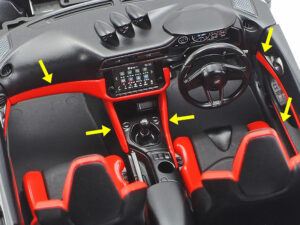 The sports-minded interior, such as the Fairlady Z’s traditional triple meter, has a realistic finish. Parts with arrows are separate parts and can be painted separately. 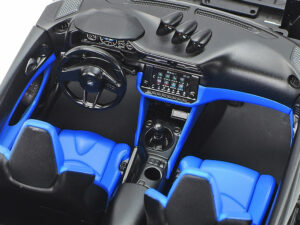 The dashboard can also be selected for North American specifications (left-hand drive). 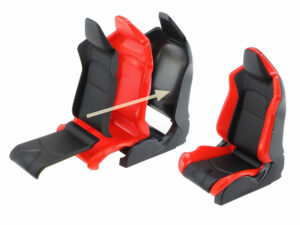 The seat consists of 4 parts: base, side, back, and seat to reproduce the color scheme of the actual car. 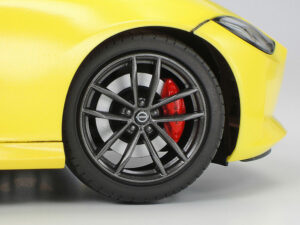 The brake caliper, which accentuates the suspension, is also separate from the brake disc, making it easy to paint separately. 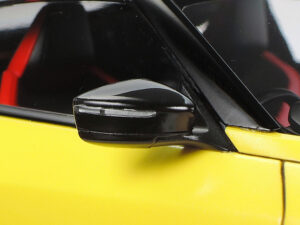 The turn signal built into the side mirror is reproduced with transparent parts. 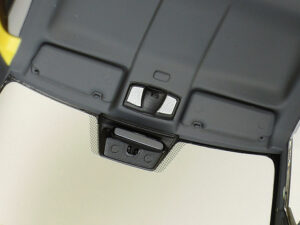 The inside of the roof also reproduces molds such as sun visors and room lamps. 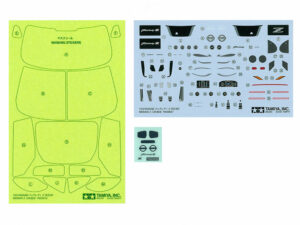 The displays are reproduced with decals. Inlet marks are used for mirror surfaces and emblems. Comes with a mask sticker for separately painting the transparent part. 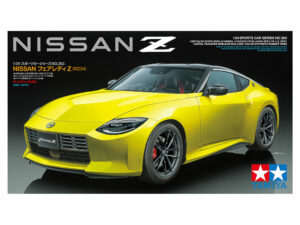 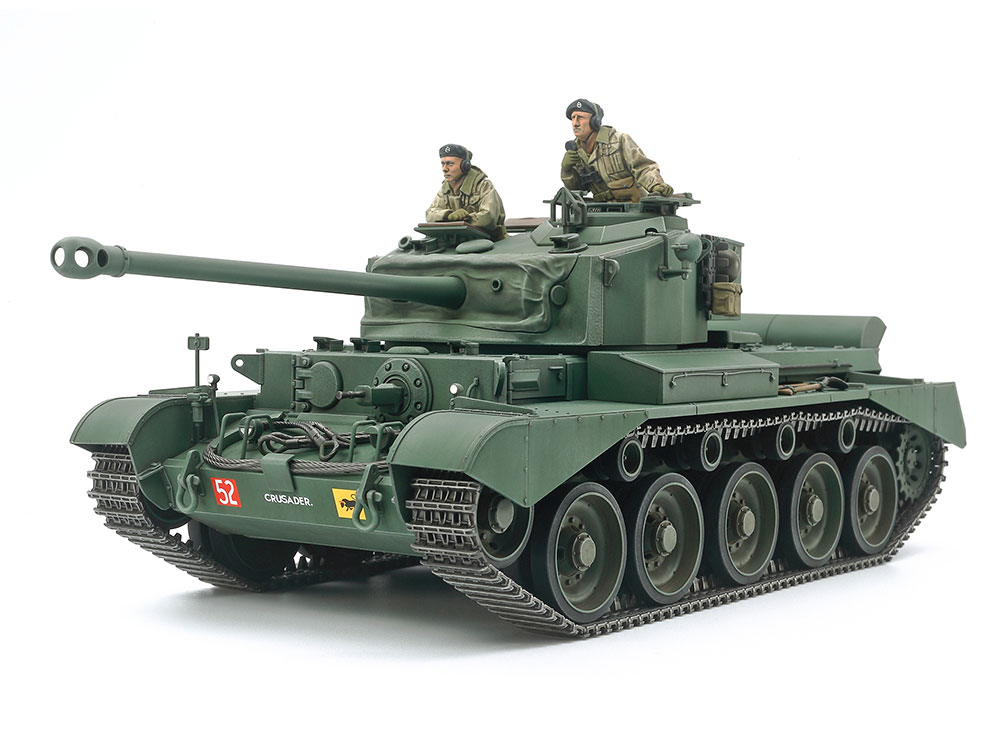 The culmination of British tanks born from the determination to overthrow Germany
The Comet was introduced at the end of World War II as a British tank that could compete with powerful German tanks such as the Tiger and Panther. The basic structure of the car body is based on Cromwell, a conventional main battle tank, and the main gun is equipped with a QF77mm gun, which is comparable to the 17-pounder gun, which was said to be the strongest anti-tank gun in England at the time. The turret has also been enlarged to match the new main gun, giving it a more modern look. The Comet, which made its first appearance in the Rhine Crossing Operation in March 1945, struggled mainly to support infantry, fully demonstrating the power of its 77mm cannon. The well-balanced performance of attack power, mobility, and defense power was highly appreciated by the crew and infantry.

About the Model
This is a 1/35 scale plastic model assembly kit of the Comet. ★Length: 219mm, Width: 88mm. Based on research on the actual vehicle, the fearless style with a long 77mm gun on a flat body has been realistically modeled. ★The hull and front of the turret have a realistic cast feel. The mantlet canvas cover is also a highlight. ★The tracks are articulated with straight sections. ★The Normandy cowl duct at the rear of the hull can be selected from the left and right integrated type or separate type. ★The searchlight lens on the side of the turret is made of clear parts. ★Comes with 2 half-length figures of the crew in winter clothes and 2 types of markings. 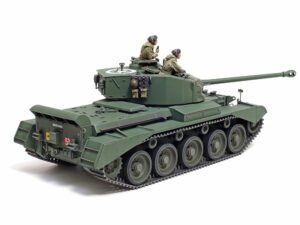 The long-barreled 77mm gun mounted on the flat body is a realistic model of its modern and fearless appearance. 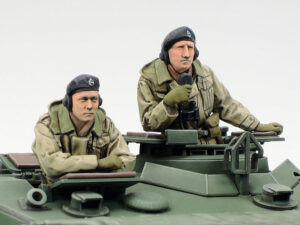 Set a loader in winter clothes and a half-length figure of the vehicle commander. Directing a sense of reality with a pose looking forward from the hatch. 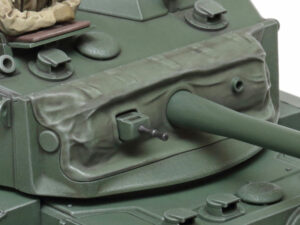 The canvas cover of the mantlet, which expresses the texture of the cloth with sharpness, is also a highlight. 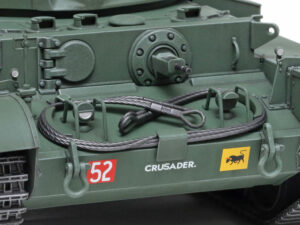 The front part of the car body is equipped with a front machine gun, driver visor, headlights, etc. The wire rope reproduces a complicated shape with 6 parts. 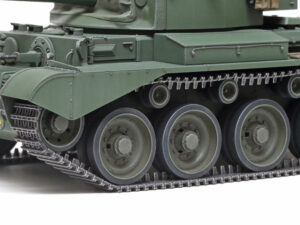 The crawler belt adopts a connection assembly type that integrates the straight part. Pay attention to the three-dimensional details and the subtle slack at the top. 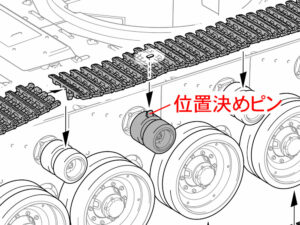 The upper support wheel has a pin for positioning the track, and consideration is given to ease of assembly. 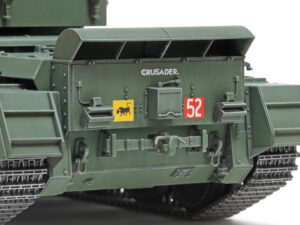 Precise finish such as smoke generator and traction tool. The duct called Normandy cowl can be selected from two types of shapes. 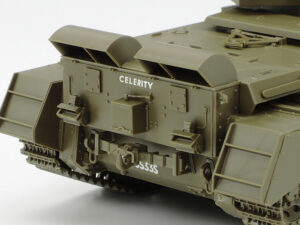 A type of Normandy cowl that is divided into two at the center so that the gun barrel can be locked backward. 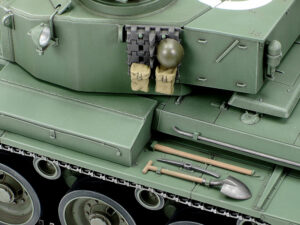 External equipment such as scoops and crowbars are also made into parts. A helmet and gas mask case that can be placed freely are also available. 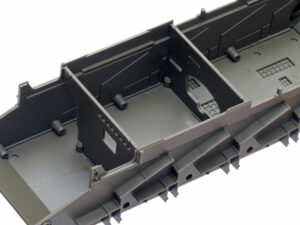 The car body is assembled in a box shape, and the shaping of each side is sharply expressed. Strength and accuracy are also ensured by internal bulkhead parts. 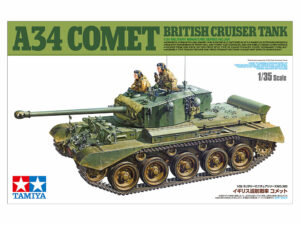