Tamiya is delighted to announce that it has been honored multiple times in the 2021 awards given by the readers of the prestigious German modeling magazine “Modell Fahrzeug.” Tamiya was bestowed with the “Premium Brand” prize for R/C model makers, and two of our models were also singled out for awards: 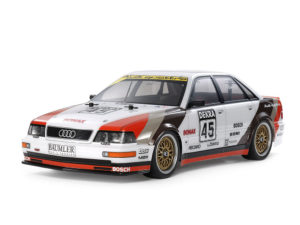 Item 58682 1/10 R/C 1991 Audi V8 Touring (TT-02)
This classic took part in the 1991 German Touring Car Championship, and would eventually be driven to the drivers’ title by racing legend Frank Biela. This radio control model assembly kit depicts the car in 1/10 scale, with light cases and separate parts for side mirrors. 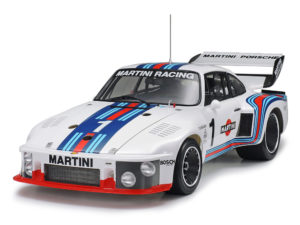 Item 12057 1/12 Porsche 935 Martini
This static model assembly kit recreates the powerful Porsche 935, which eventually took a championship in the 1976 World Championship for Makes. It is a highly detailed kit with detailed engine, opening doors and hoods, plus photo-etched parts for a super-realistic finish.

Tamiya is proud to have received these recognitions and is constantly striving to produce models at the highest level of quality. We would like to thank our fans in Germany and across the world for their continued and valued support.