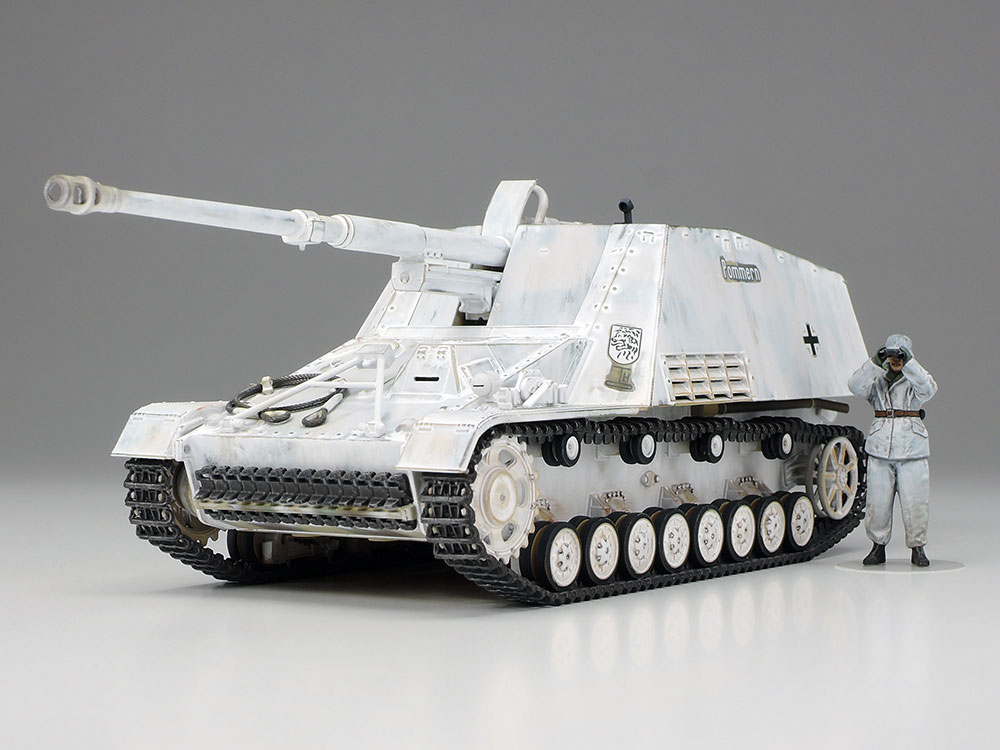 ★The fearsome Nashorn is here in Tamiya 1/48! From the interior of the open-top fighting compartment to the 8.8cm gun, it is captured in style. ★It features a traversable gun, plus an accurate depiction of the suspension with an uncomplicated build. ★Assembly type tracks feature single piece straight sections. ★Length: 176mm. ★Weights are included to give the model a realistically heavy feel. ★Comes with single figure, depicted in winter gear, scanning in front with binoculars. ★Includes 2 Eastern Front marking options.

The “1/48 WWII German Infantry Set” will also be released at the same time. 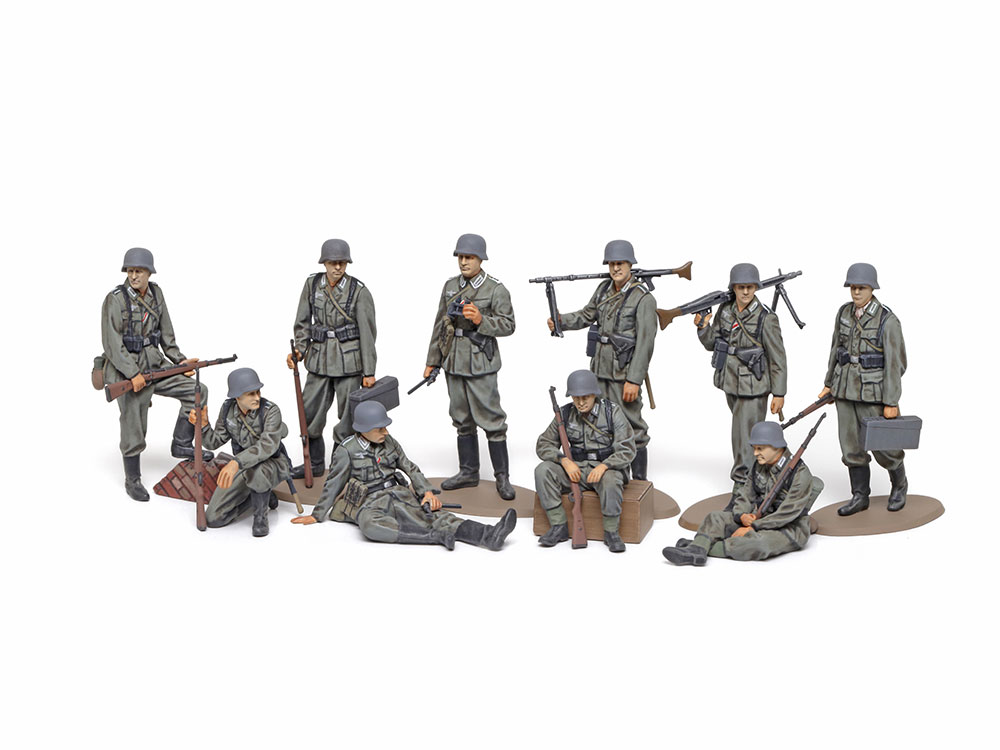 The photo shows the kit assembled and painted.

★These highly accurate figures depict infantry in the WWII German Wehrmacht, and were designed using the latest 3D scanning techniques. ★Ten figures in total are included, with subjects such as an NCO with binoculars, a rifleman in the rubble, and various soldiers pictured on the move, or even on the ground – a truly versatile offering. ★Why not use these figures with the many armor models in the same 1/48 Military Miniature series, for a brilliant diorama? ★Finely molded weapons such as the Kar98k rifle, plus MG34, MG42 and MG40 guns. ★Figures and accessories fit superbly together for a highly realistic finish.