The photo shows the kit assembled and painted.

★ F-4 Phantom II, a masterpiece jet fighter adopted by the US Navy and Air Force and operated around the world. Among them, the first mass-produced Navy type F-4B will be added to the series. ★ Based on in-depth research, the exquisite outline and cross-sectional shape of the actual machine are accurately reproduced. ★ The canopy can be opened and closed, and the outer wing can be assembled by selecting the folded / unfolded state. The horizontal stabilizer moves in conjunction with the left and right. ★ Missiles and drop tanks are also available. ★ A set of 2 pilot dolls and 3 types of markings of the Mig Killer who participated in the Vietnam War.

Finished products and runner parts are on display at Shizuoka Hobby Square !! Please have a look. 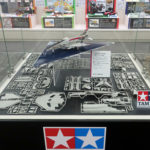 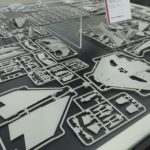 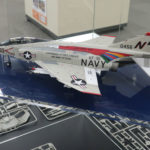