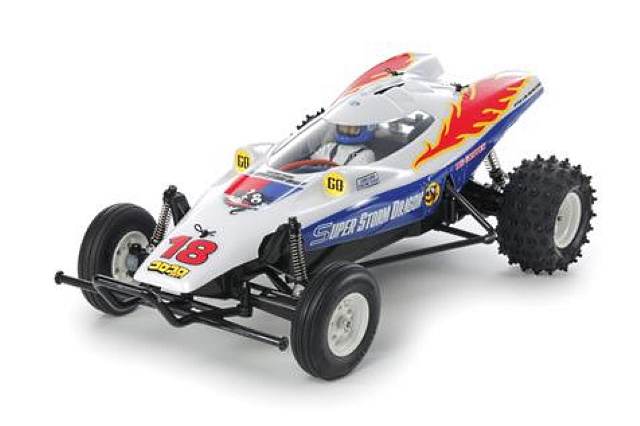 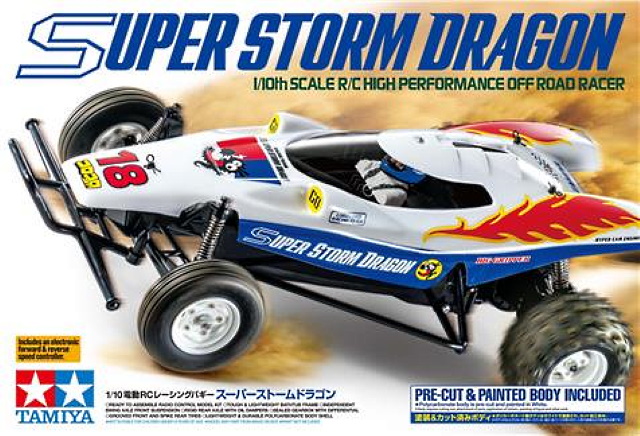 The Super Dragon first appeared in 1986 in a classic Japanese RC comic and was originally only available from Tamiya as accessory bodykit 50364 for the Hornet chassis.

The success of the Super Dragon led Tamiya to the birth of the legendary “Dragon model series”, which was followed by other models such as Fire Dragon, Thunder Dragon and Saint Dragon.

With the article 47438 the Super Storm Dragon is offered as a kit for the first time.
A Hornet chassis was selected, which was also intended as a chassis carrier at the time of release.

The polycarbonate body is already painted and cut to size, and the simple and easy to assemble chassis is recommended for a wide range of users.

A TBLE-02S speed controller and type 540 motor are included.