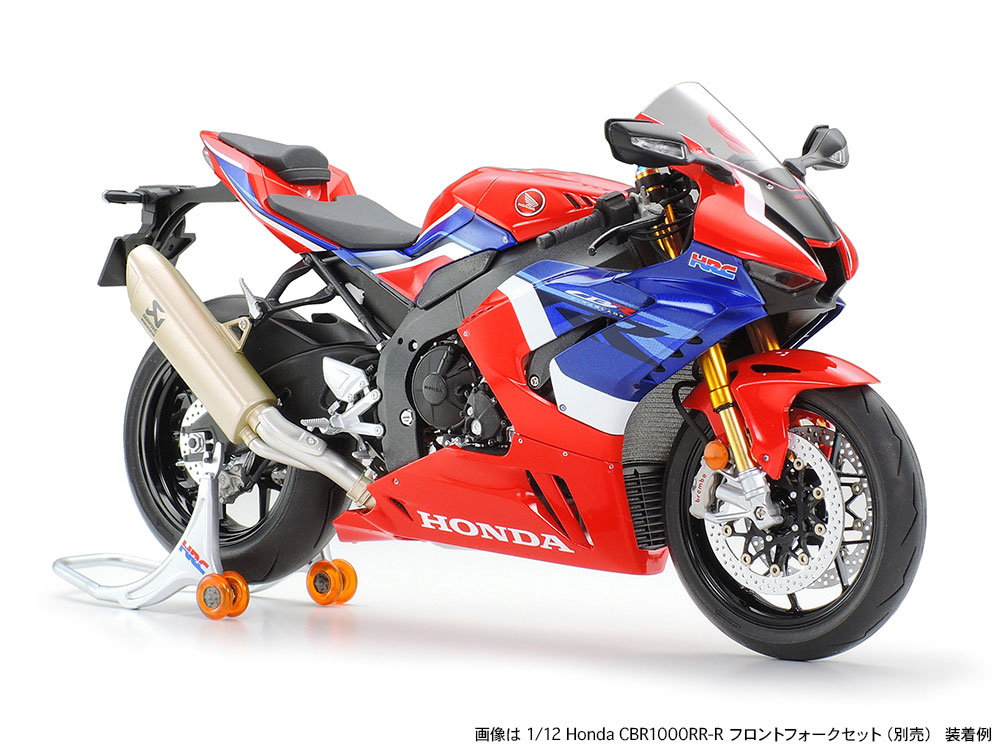 Scheduled to be shipped in July 2020
Price 4,400 yen
Road Going Racer aiming for the fastest on the circuit by combining racing technologies
Honda CBR, which has built the super sports bike category. The latest model was unveiled at the 2019 Milan Show. This machine, named CBR1000RR-R FIREBLADE, was focused on winning the race in the pursuit of ease of handling on public roads up to that point. Introducing MotoGP machine and RC213V racing technology everywhere, the water-cooled in-line 4-cylinder engine exhibits 217.5hp, the strongest in its class. Equipped with an advanced electronic control device to use up its power, the suspension is also electronically controlled. In addition, the cowling pursues aerodynamics, and it is also noteworthy that the side cowl is equipped with a characteristic built-in winglet. 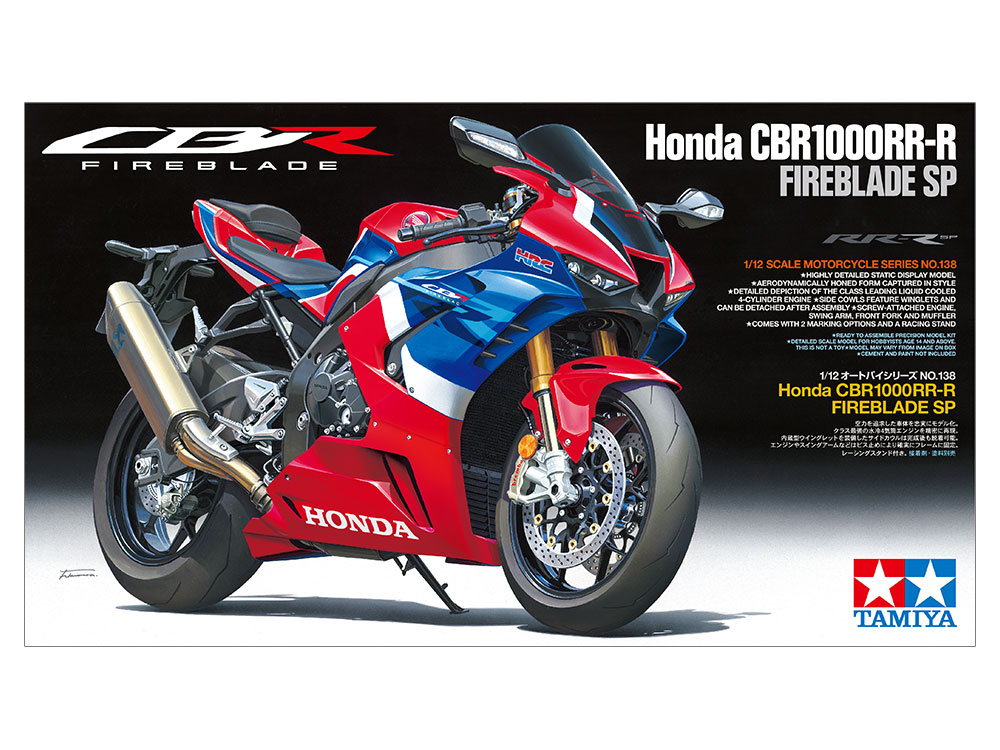 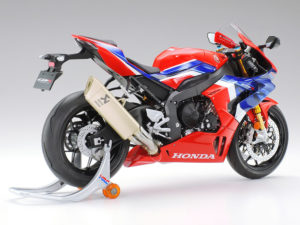 A model that pulls the form that pursues aerodynamics as it is in the actual vehicle. 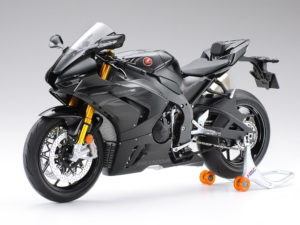 It can also be finished in the overseas specification “Matt Pearl Morion Black”. 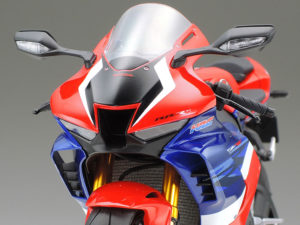 The winglet built into the side cowl and the center ram air duct in the center of the front cowl faithfully reproduce the structure of the actual vehicle. 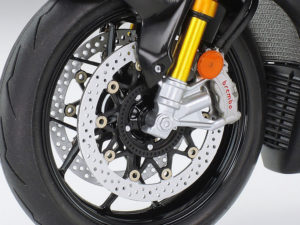 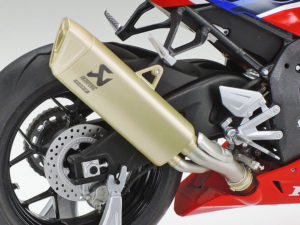 The muffler made by Akrapovic uses a slide mold and the silencer part is an integral part. 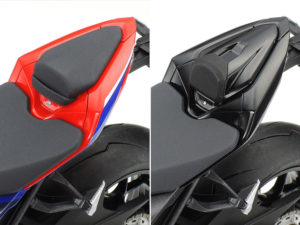 In addition to the standard tandem seat, the seat cowl also has optional single seat parts. 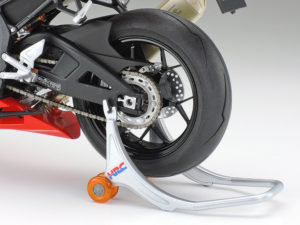 The tires are made of synthetic rubber with a realistic tread pattern. With a racing stand. 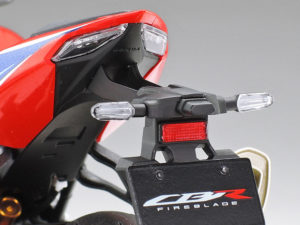 The tail lights and turn signals are clear parts. 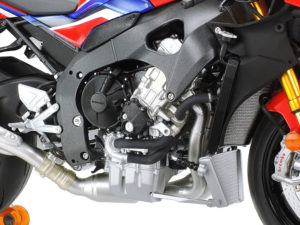 Side cowl and under cowl can be removed even after completion. 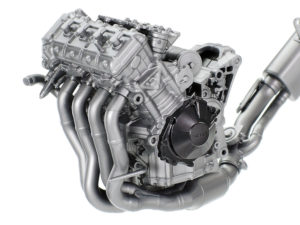 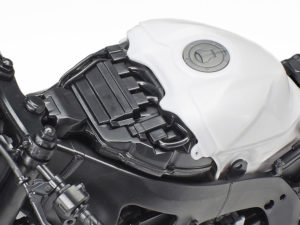 The tank cover can be removed even after completion. The air box on the top of the engine is also a part. 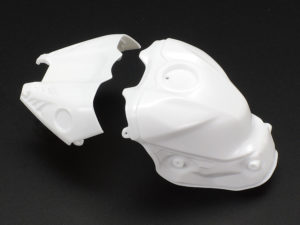 The fuel tank and tank cover are integrally molded into a complicated shape using a slide mold. 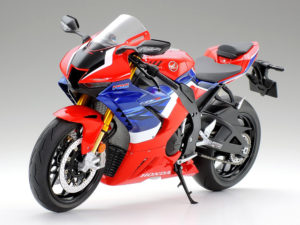 A display with a side stand fixed with screws is also possible. 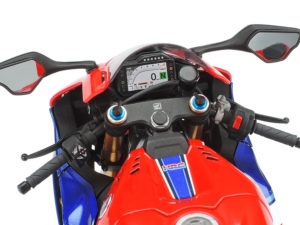 Three types of meter display are available with slide marks. The mirror surface is reproduced using a metal inlet mark on the rearview mirror. 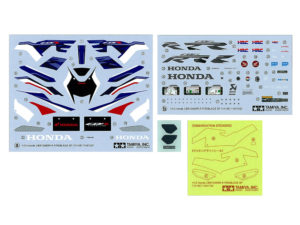 Slide marks are available to match two body colors. A masking sticker for different cowl painting and a metal inlet mark for the rearview mirror are also included. 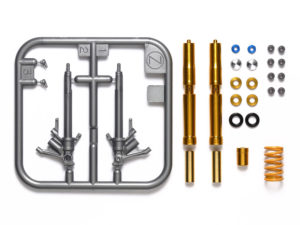