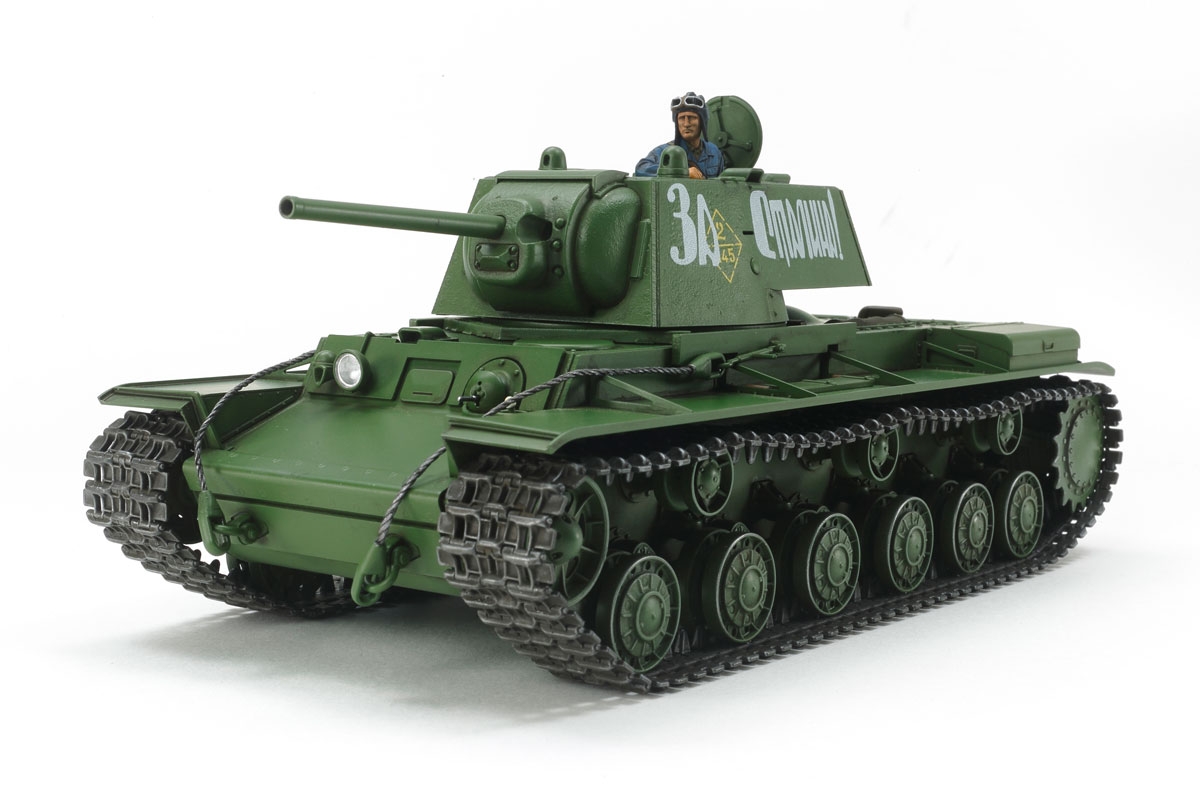 This model kit recreates a WWII Soviet subject. It’s considered an important design in the history of armor, as it was developed concurrently with the T-34 medium tank. Armed with a powerful 76.2mm ZIS-5 gun and continually updated to improve its survivability, it served through to the end of WWII. 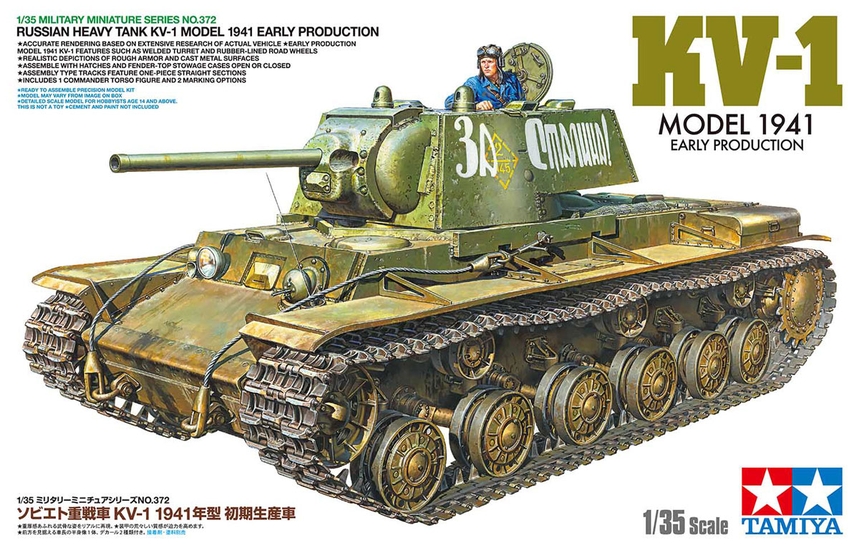