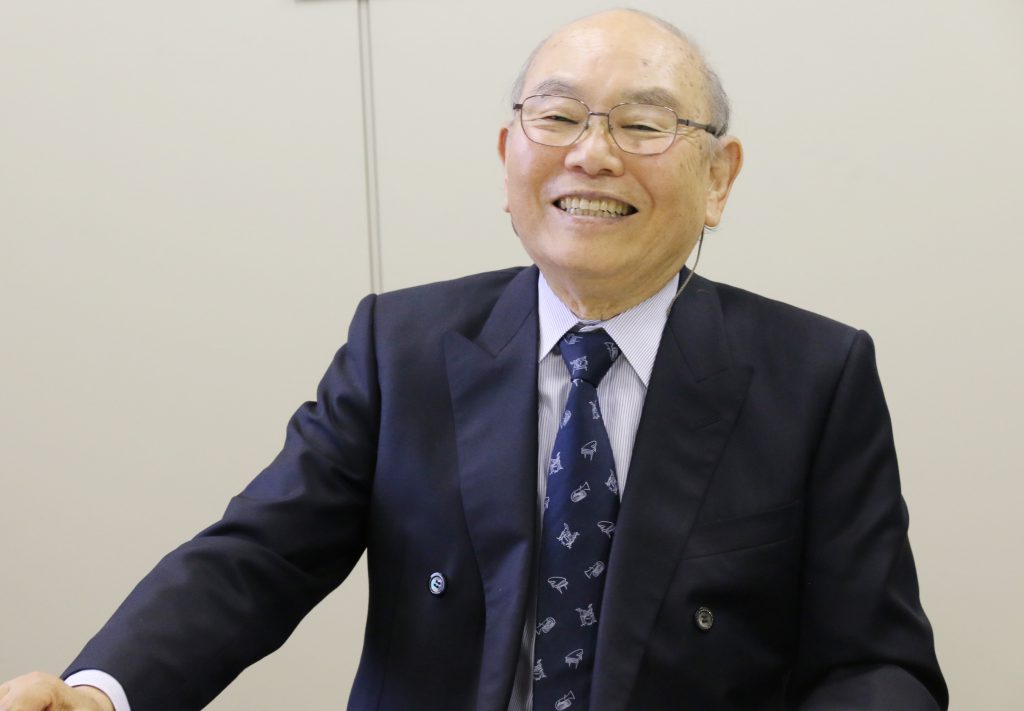 Heisei* 30 years marked the 60th anniversary of the birth of a domestic plastic model. Plastic model was born in 1945, I joined the “Tamiya Shoji jointly-owned company” (Shizuoka city) my father developed in that year. Shizuoka was originally a land of wood industry, and my father’s company was also making wood-based models for teaching materials, and models of warships and tanks. At that time the model was a wooden model. However, around the time he entered the company, the domestic plastic model began to be released, and it was a big boom in a blink of an eye. Unlike the previous wooden model, the plastic model does not require Kanna and fleas, it is completed by separating the parts from the frame called runner and attaching it with adhesive. Easy to make for children. Reproducibility of detail and real feeling were precise things not found in the wooden model.

The first hit was Panther Tank

Instantly the wooden model can not be sold and we have decided to switch to a plastic model maker. However, it was not so easy to create a plastic model that is supported by children. We repeatedly failed and released Panther Tank of German tank in the New Year of Showa** 37. The model of this tank runs well on a futon or a sandbox with a motor. We finally got confidence that we will be doing as a plastic model manufacturer as well. This “to run with a motor” may be called the origin of Tamiya.

After that, following tanks, I made various models such as zero fighting and Yamato. “Tamiya’s kit is wonderful” received high praise from home and abroad. Particularly noteworthy from overseas was the 1/12 precision scale model of Honda F1 released in 1964. But in the Showa 50’s when video games began to spread, children began to see games that can be enjoyed simply by pressing buttons, and the plastic model departed. So, once again, I repeated planning meetings inside the company to make a plastic model that even elementary school students can return to the origin and enjoy. It is around the end of Showa era.

Reason why Mini 4WD got used to children

And it was a mini 4WD that was completed. The mini 4WD is a simple model with a motorized four-wheel drive car model that runs with AA batteries built in. This also repeatedly trial and error, it became accepted by children several years later. Children feel great joy in running on motor with what they made with their own hands. And I was very interested in being able to compete among children.

To make a mini 4WD, all the basic work processes such as cutting, shaving, opening a hole are included. As children make mini 4WD, we will master how to use tools such as cutters, drivers and drills. There is also a process that is not in the instruction manual, such as thinking and remodeling by myself, increasing the performance.

The first boom of Mini 4WD was around Heisei** 2 from the end of the Showa era. Next time a big wave came from 1996 to 1998. Recently it has become a series that can be sold steadily at all times. Because it is also prevalent in countries in Southeast Asia.

At our company, we are holding a mini 4WD racing competition as much as we can say weekly. When going there, children try to think for themselves and try to run as fast as 0.1 seconds. Sometimes there are ideas that adults can not think of. I think that children are a genius of play again after all.

At that time we come to the venue with family members and we often see parents who are tune up. We thought that we developed a mini 4WD in that we sold it to children, but adults are also crazy about it. It was evolved into a thing to play with family as a matter of fact. This was a fresh discovery. Such pleasures are making the analog plastic model (= mini 4WD) popular in the digital age.

Aside from the mini 4WD, the solar car that the employee in 1991 figured out was also talked about a while ago. It was the world’s first model car running on solar power. In this year alone it became a big hit product to sell 200,000 sets, and received various awards. In addition, I was very happy when Dr. Hawking who visited Japan at the academic year in the year when he was told that he bought this solar car at the Tiannihodo in Ginza. This made us realize the possibilities as a teaching material of the plastic model. As in the case of former wooden model, may not it be possible to have a teaching material set of plastic model for children. With that kind of thought we released a work series.

This is prepared with various gears, battery boxes, remote control boxes, plus plastic boards, plaques, etc., in order to let children shape ideas inspired by their heads. By combining these, you can make remote control robots to move solar cars, arms, walking robots that respond to sounds, and so on. Thanks to you, employees may be called to school business trips and teach. In 1990, we taught the work using mini 4WD at the royal school of Saudi Arabia.

Meaning to make analog things in the digital age

In 2007 we made a cam program robot. Although this is a robot that moves with the built-in motor, you can move it as you want by inserting a bar programmed by yourself in the center of the torso. As you develop the program bar, you will gain logical thinking and creativity. It is unknown how this robot evolves, but at the next stage it may get stuck with PCs and foundations.

In this digital era, children will learn various things and grow by making plastic models including analog mini 4WD. A plastic model is indispensable for Japan’s tradition of manufacturing. Tamiya will continue to support the children from now on.