In 2018, when the 1/35 military miniature series, the origin of the figure remodeling contest, celebrated its 50th anniversary. Since the release of the memorable first figure model “German tank soldier set”, how much figures have “transformed” into various characters in this contest?

Well this time the Gold Prize is a work of Kunihiko Sato who participated in contest work for 47 years . I unwrapped the packing of the submitted work and thought that this year’s theme was animals … When I see it, the breath drawn by all the judges is a work called “BODY ART” of overseas artists There is a motif. In addition to naked modeling where the observation power and drawing skill are questioned even in figure modification, it is awarded to clearing a number of hurdles that various people of various poses combine and finally show them to animals by body paint. Mr. Taro Nagaiuchi’s silver prize is a point of evaluation, with the unique sense of texture of the Ainu’s costume, as well as the design sense of the pedestal that created the space well within the limited space and the sense of unity with the work. And Kenji Nagashima’s “USA” who won the bronze prize is also called an idea victory which integrated the new and old elements of the 2018 episodes and the 1/35 MM soldier figures engraving history of 50 years into a single work. It is a fun piece.

In the Pyeongchang Winter Olympics, the World Cup of Football Russia, the Koshien Summer in the summer was a memorial tournament and a sports big event was awesome in 2018. Tomohiko Nagayoshi chooses Naomi Osaka from among those players. Cute nationwide cute answer would be popular, one of the face of 2018. And Kazuyoshi Kondo who produced a popular character of a TV program traveling around Japan all over the electric motorcycle . The remodeling of the two of us was chosen as the topic award. MM prize is a tribute to the 1st / 35 MM series first work, Kiyoshi Okuyama participating in a German tank soldier who was carefully built in detail and an officer riding set familiarized as MM’s first animal model , And Naoto Ukita’s works, which tanks partially used in the background effectively draw out the soldiers’ feelings, are awarded, respectively. And Morio Oshjiro uniquely expresses the key man who holds the key to world affairs and gained an idea prize. Strength preservation of not only the idea but also the work of “inverse triangle” which catches a huge missile is awesome.

The 1/35 MM figure has continued technological evolution in 50 years, but the fun of figure remodeling still remains unchanged. You can change the orientation of your arms and face slightly, or just combine accessories. Everyone please feel free to participate in the contest with the figure modeled with the latest technology. 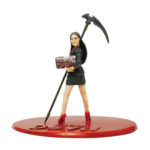 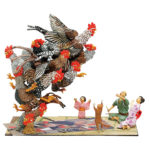 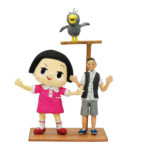 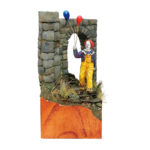 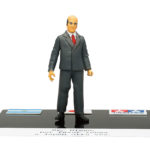 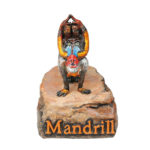 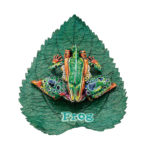 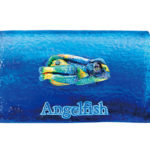 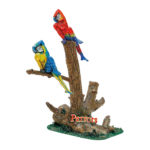 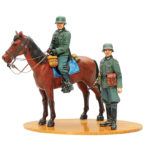 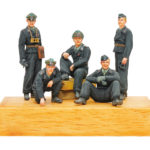 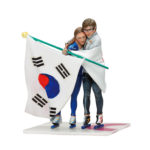 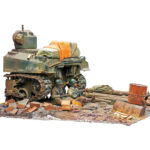 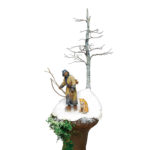 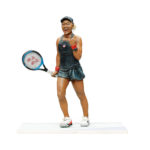 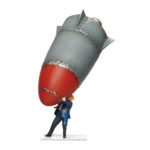