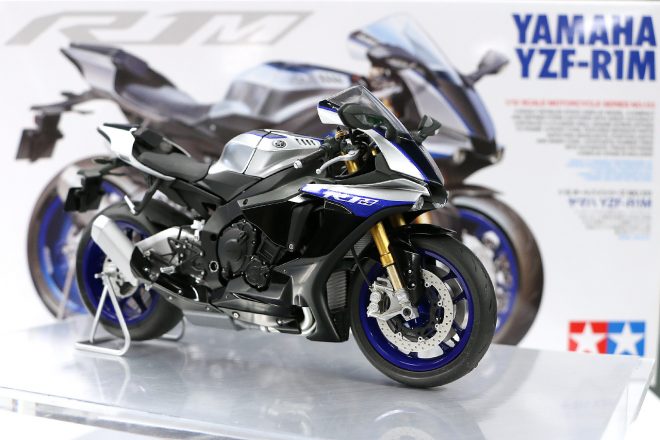 Tamiya’s “1/12 YZF-R1M”, which began selling around September 15th, is a plastic model that faithfully reproduced the top model of the current 8th YZF-R1. 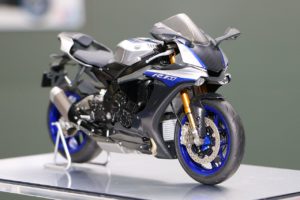 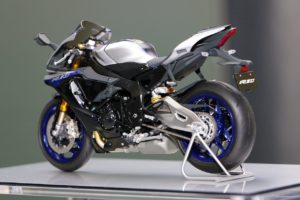 YZF-R1, the eighth generation who completed the full model change in 2015, renewed its development concept from the “fastest winding road” to the “earliest” circuit. Yamaha’s MotoGP machine YZR-M1 technology is abundantly included.

In the race, Suzuka 8 hours endurance road race which is the biggest bike race in Japan, he is active in achieving the 4th consecutive win from 2015 to 2018 when his eighth debut.

The talk show was held in two-part system, and in one copy, Mr. Hirano Hirano, development manager of YZF-R1, Mr. Isao Sakata who is a designer of the 8th YZF-R1 appeared. The development story of the eighth YZF-R1 and the story behind the design and so on flared, and the fans gathered interestedly.

In addition to Mr. Hirano and Mr. Sakata in 2 copies, Mr. Shigeki Araki of Tamiya who developed the YZF-R1’s plastic model is on stage. The topic moves to the story behind model development.

“1/12 YZF-R1M” is reproduced not only to the detail of the car body but also to the internal structure that removed the cowl and tank. The display contents of the instrument panel and the “R1” logo engraved on the swing arm are almost the same as those of the actual car.

Mr. Araki said that there were various difficulties to achieve this.

In model development, Mr. Araki who gathered the actual car at the Yamaha Community Plaza was surprised to see the internal structure of the cowl removed, so that he could feel “fine, how I should design”.

About the difficult point in model design Mr. Araki says that “designing the model based on the fact that the cowl must be fixed on the internal structure.” 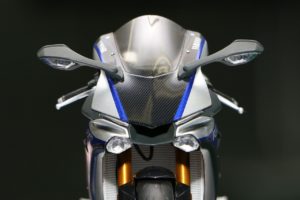 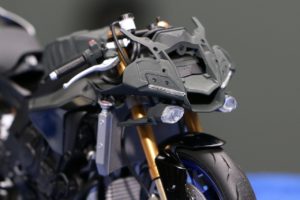 The quality is so high that the internal structure is also mistaken as genuine.

“When compared with the actual photographs, there are considerably different parts of contents, but when actually assembling up, I think that it is in the form close to genuine, such as position lamps.”

Although the fine parts such as the harness are omitted in the model, the thin position lamp and the frame part of the front are mistaken as genuine as they are omitted. Mr. Hirano and Mr. Sakata, who saw the internal structure of the completed model, were surprised laughing with too much repeatability. 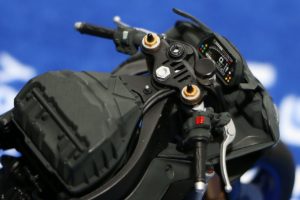 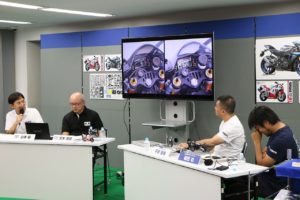 One of the two types of meter panel stickers prints the time recorded by qualifying poles Espargaro at Suzuka 8 resistance in 2015. 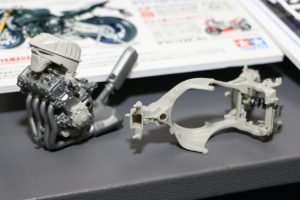 Moreover, the shape of the cross plane engine which is the feature of YZF – R1 and the fine shape of the step are also designed using 3D CAD. At the venue, figures created during design were also shown.

Finally, Mr. Araki talks about his thought to the plastic model as follows.

“I expressed it to feel the material of each part as well, for example, tanks, cowls, engines, etc. have been made of various materials.We are designing it as a model that can express actual performance while expressing such place ” 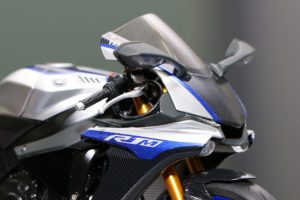 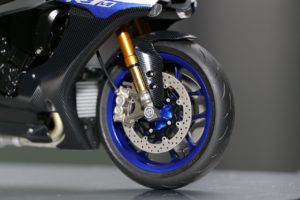 The tread pattern of the tire is faithfully reproduced 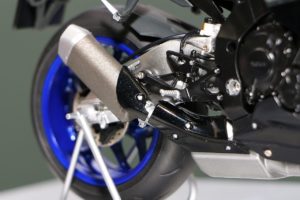 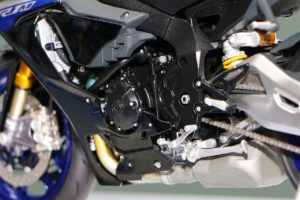 The talk show will be delivered on YouTube’s Tamiya official channel as well. If you make a model while listening to the contents of the talk show, you may be able to feel the commitment of the developer more.

Also, works of Yamaha Modeler ‘s Club were also exhibited at the venue. Some of the works also appeared using LEDs to emit headlights using LEDs. 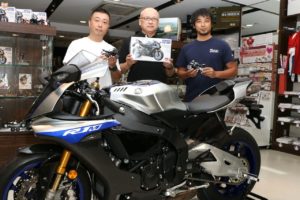 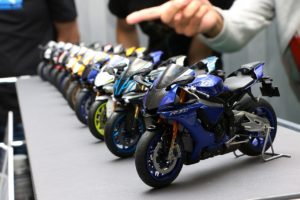 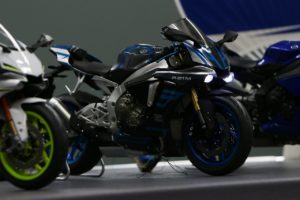 Some of the works are issuing LED headlights