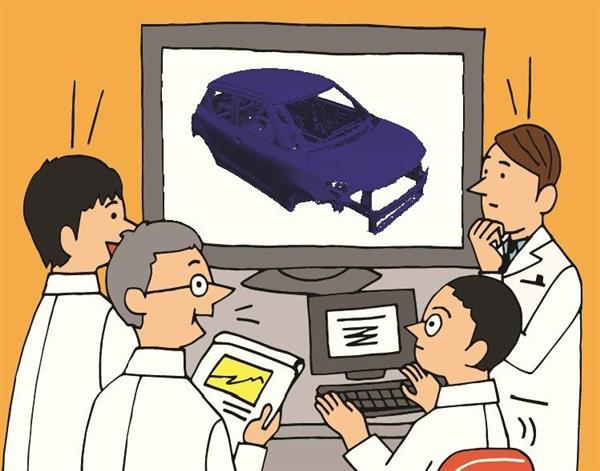 By making full use of the next generation supercomputer, it may become possible to design cars that could not be thought of with human brains (Illustration · Masako Nishiguchi, Providing vehicle shape data · Suzuki)

After that, I became a college student, became interested in structural analysis. Structural analysis is to investigate the internal forces and deformations that occur when a structure receives a force from the outside. For example, structural analysis by computer is indispensable in order to improve the comfort of riding by reducing the shaking of the car, or to reduce the fuel consumption while maintaining the strength.

For example, it is possible to investigate the mechanism of unknown phenomena such as the forces inside the vehicle body and the state of deformation by running structural analysis that reproduces a very realistic vehicle structure and running condition. This makes it easier to design cars with higher performance. It is also possible to automatically generate hundreds of design plans with supercomputers, compete each design proposal on a supercomputer, and select the best performance plan. It may be possible to design cars which human brains could not think of.

By the way, when I was an elementary school student, “Let’s Go Go Explosion Brothers! ! “Animation on the theme of mini 4WD was broadcasted, I was looking forward to every week. In the process, scenes to design the car body will emerge by competing the mini 4WD with a virtual test course reproduced on a huge computer. Coincidentally, it is similar to the image of the near future that we are aiming to realize at the next generation supercomputer.

A fictitious design technique that excited his mind when he was a child. It seems like a dream that I am growing up and studying for that realization now. There are still many issues to be solved, but I would like to continue my research to contribute to the development of automobile design technology. 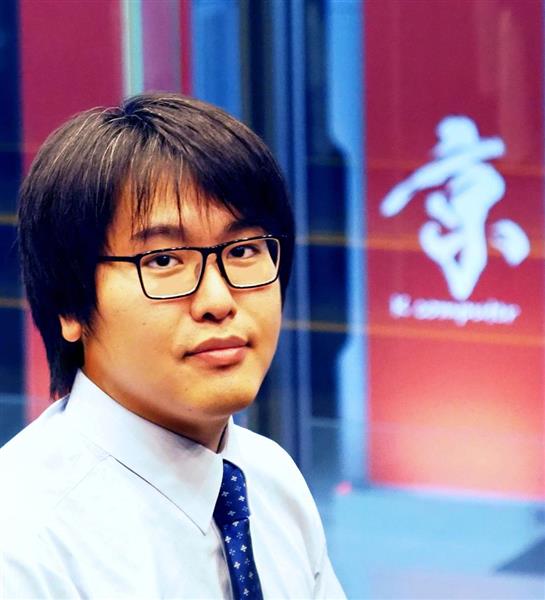