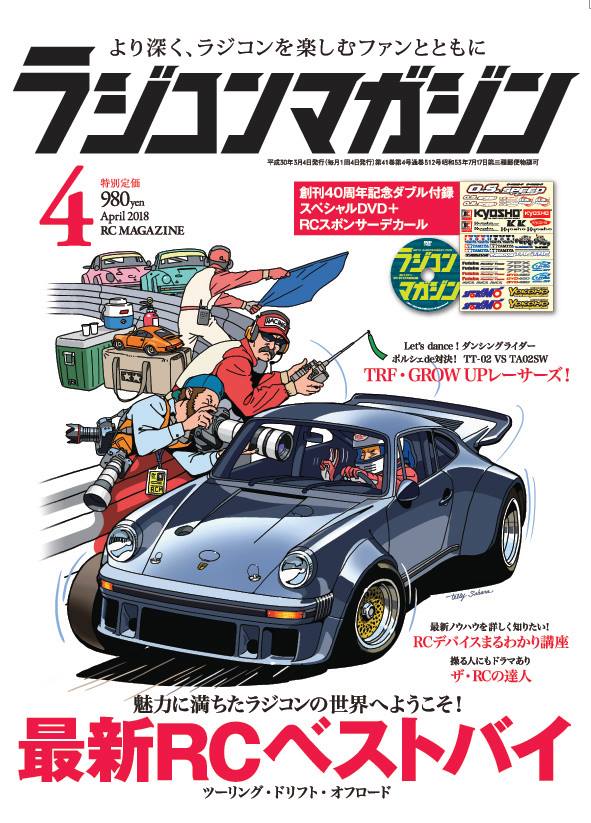 RC magazine has been renewed considerably as a commemoration issue of the 40th anniversary of the April issue! In big places I returned the name of the magazine to the original radio control magazine. And this memorial issue is double appendix. A special DVD with plenty of volume has been recorded for 2 hours, and there is plenty to see from the old RC scene to the latest information. And a special RC sticker of a major RC maker is also attached to the special decal! Of course I lost the appendix and it was substantial enrichment. The newest best-billed feature and new series that will become useful are pushing down. Bookstore release on March 2, the cover of Black Porsche of Sahara Teruo’s painting is a landmark!
Source: RCmagazine