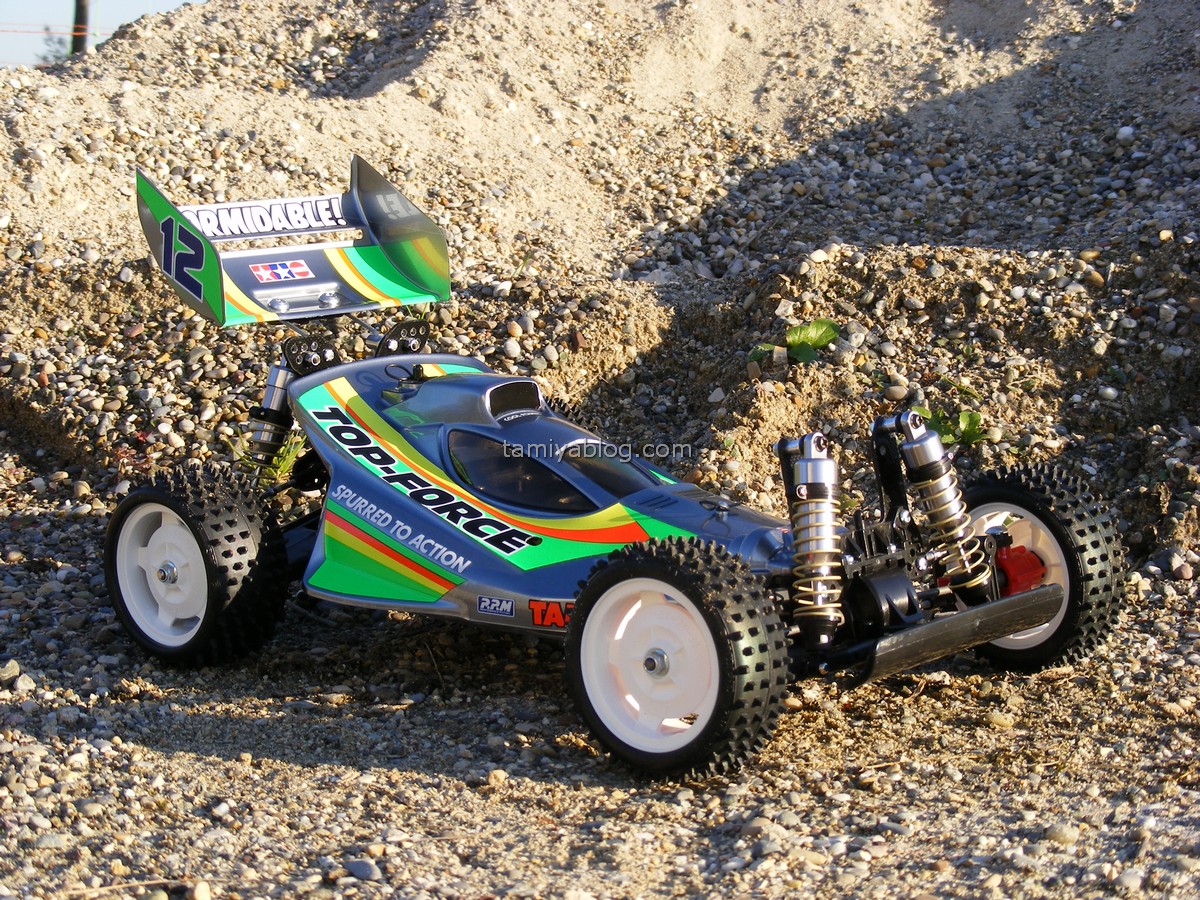 From time to time we´re presenting some builds, mostly of Tamiya’s great range of re-releases. Today, we will show you the Top Force buggy which is Tamiya’s 100th RC Kit (1991) and was first re-released in 2006.

Now Tamiya did it again. The Top Force (2017) is back to show his potential.

The so called “Vintage Racing” scene becomes more and more popular. And it’s good to see other manufacturers following Tamiya re-releasing their classic cars from back in the 80´s and 90´s.

The Top Force, and especially the later released Top Force Evolution was Tamiya´s answer for the very popular off road racing scene in the early 90’s. It’s based on the classic Manta Ray chassis (which itself is based on the TA01/TA02 touring cars), but comes with a double deck FRP chassis and damper stays, ball diffs, steel prop shaft, Lexan undercowl and universal shafts for the front end. The body looks like a big wing, which gives the Top Force a very aerodynamic and aggressive look.

But that’s history. How good is the new/old Top Force ? Building the kit was a joy. We built the kit with a full set of ball bearings, a classic Tamiya aluminum motor mount (the original plastic one was always a weak spot) and the “Tamiya Top Force 2017 High Capacity Damper Set” No. 47358 (which is especially released for the Top Force 2017 kit). These dampers are of very good quality. They work extremely smooth, and look excellent too. On some of the photos, you see the car with Tamiya DF-03 wheels and modern racing tires. A perfect set up for the vintage racing scene.

As a regular reader, you may know that we lik alternate paintschemes. The Top Force is no exception here. This time, our choice felt for the relatively new Tamiya PS-63 Bright Gun Metal. We like it a lot, and it suits the colour of the Tamiya High Cap dampers very well.

Join vintage racing ! May the force be with you. 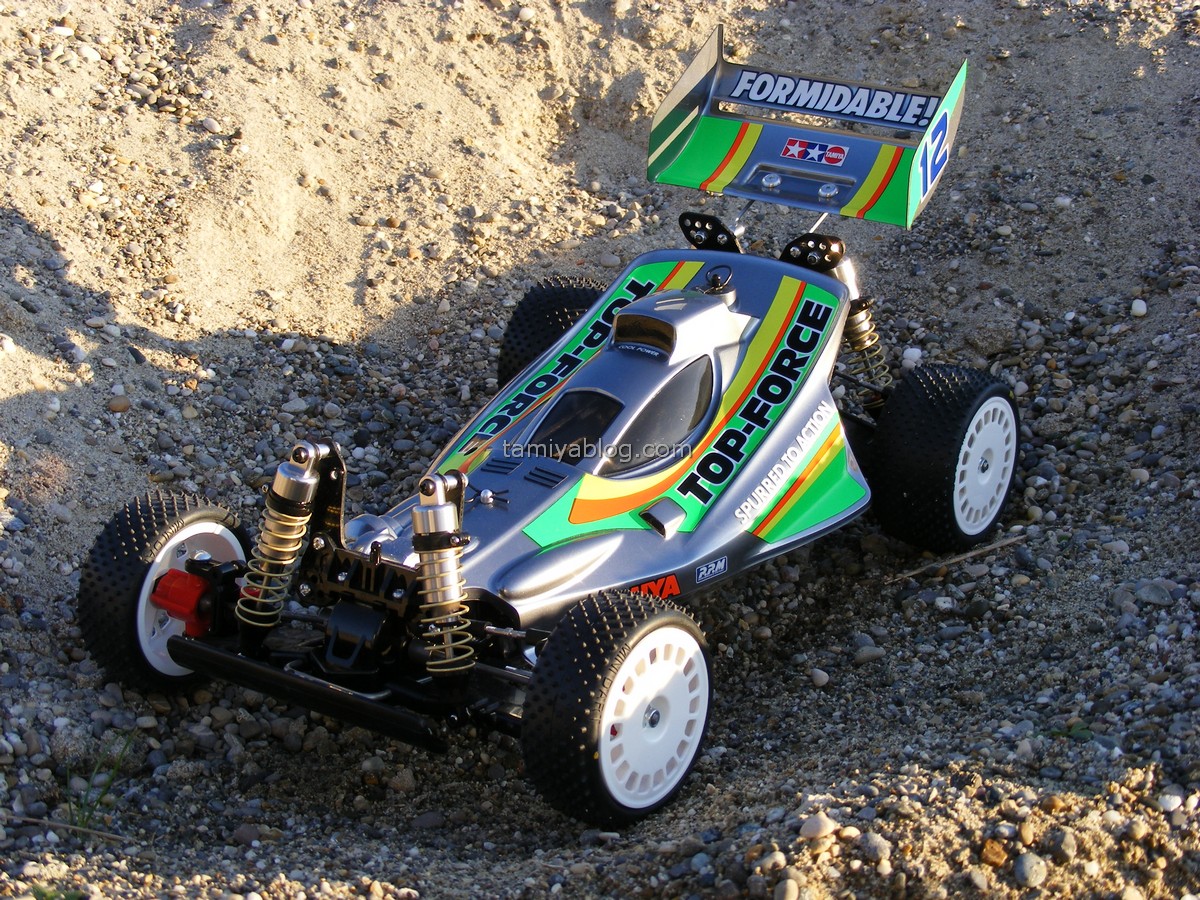 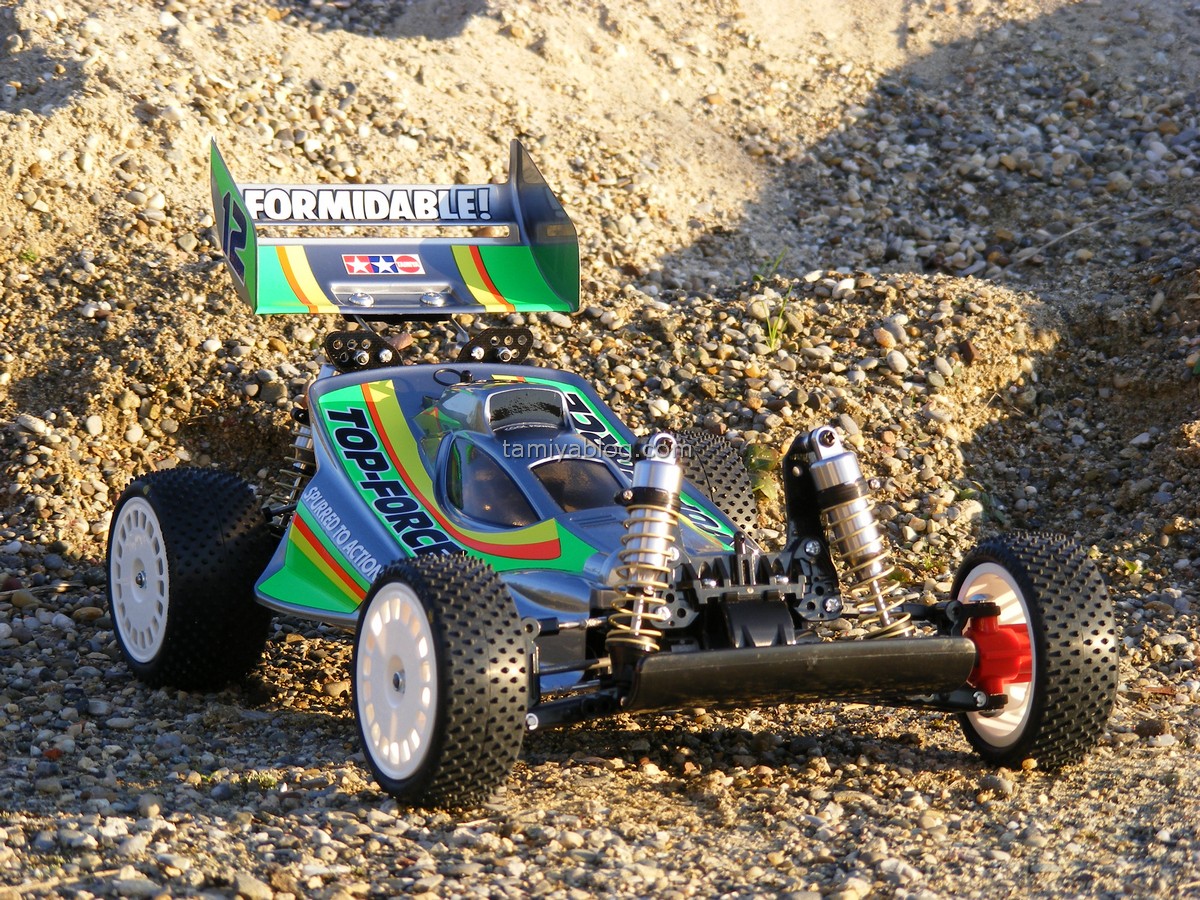 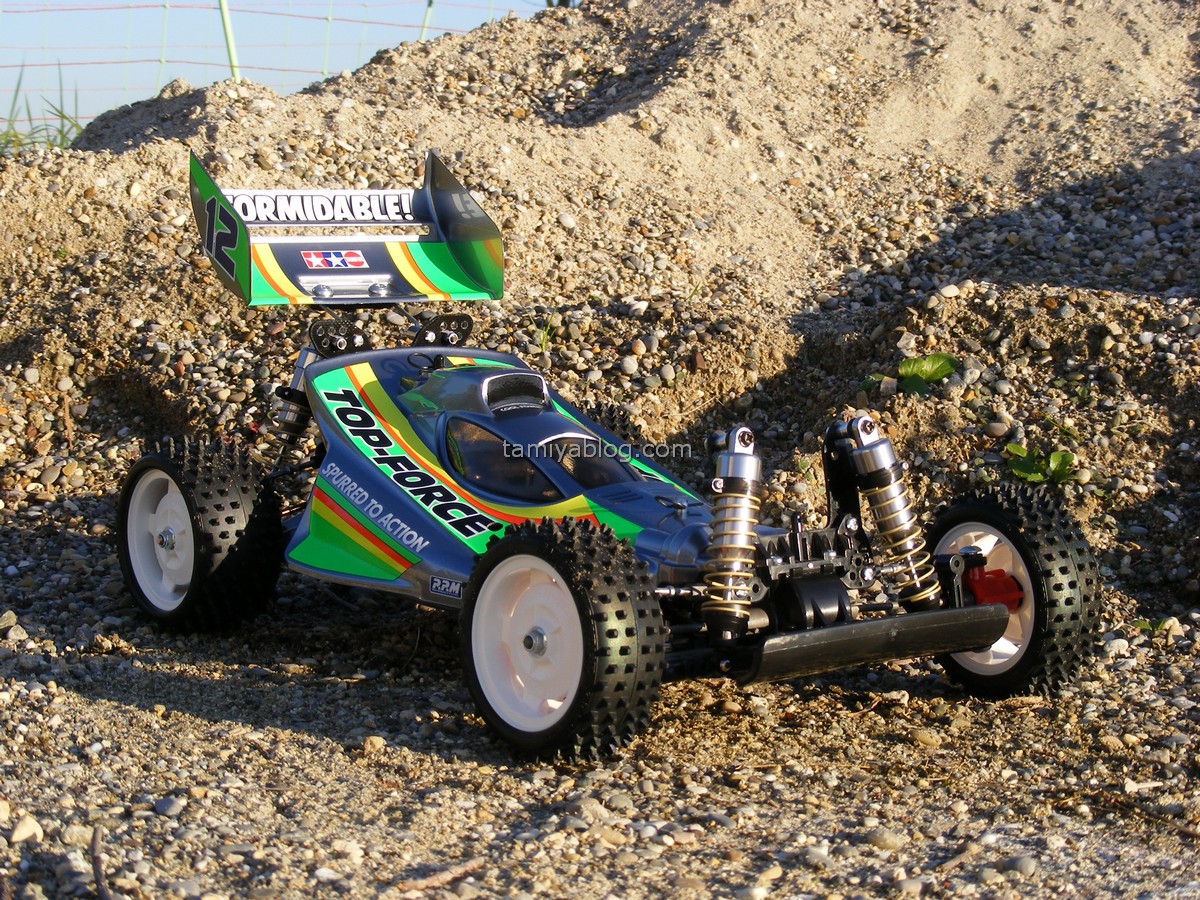 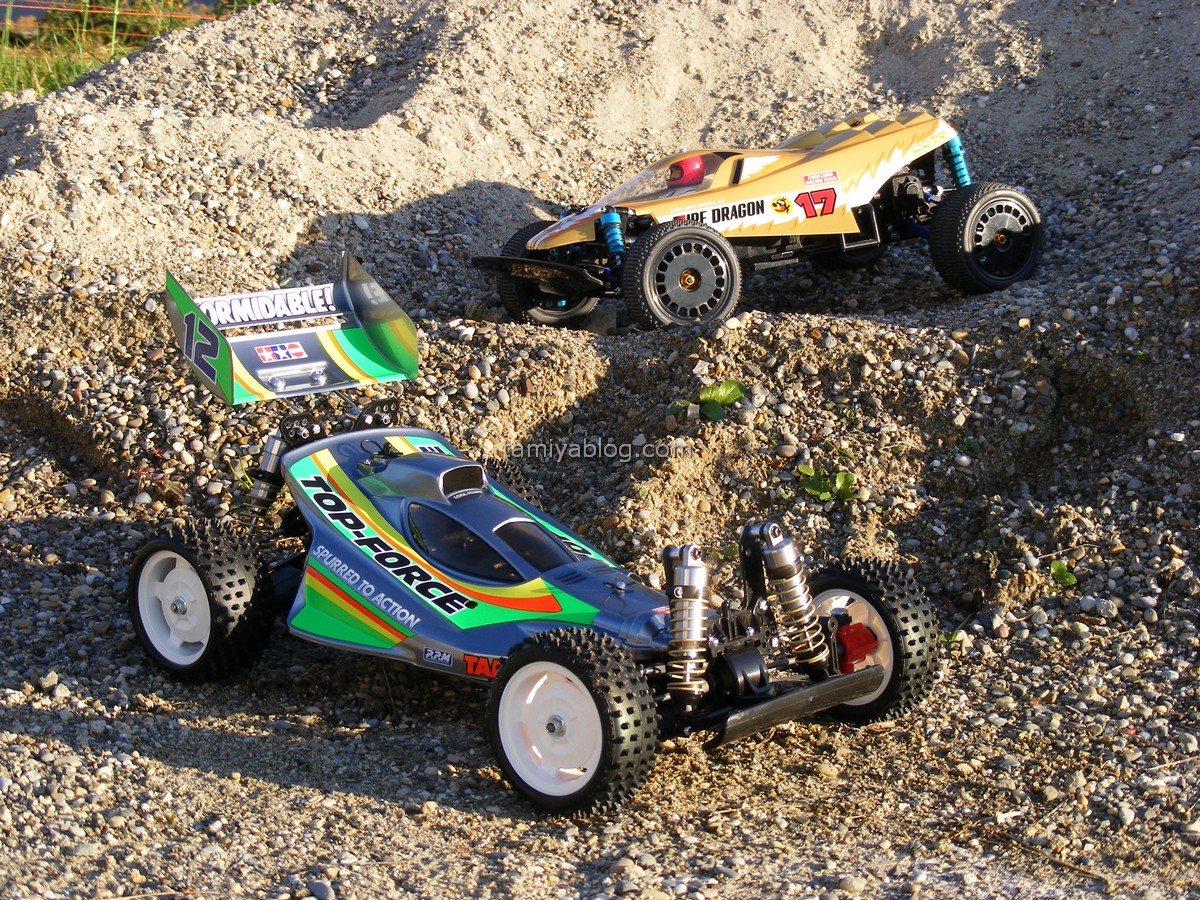 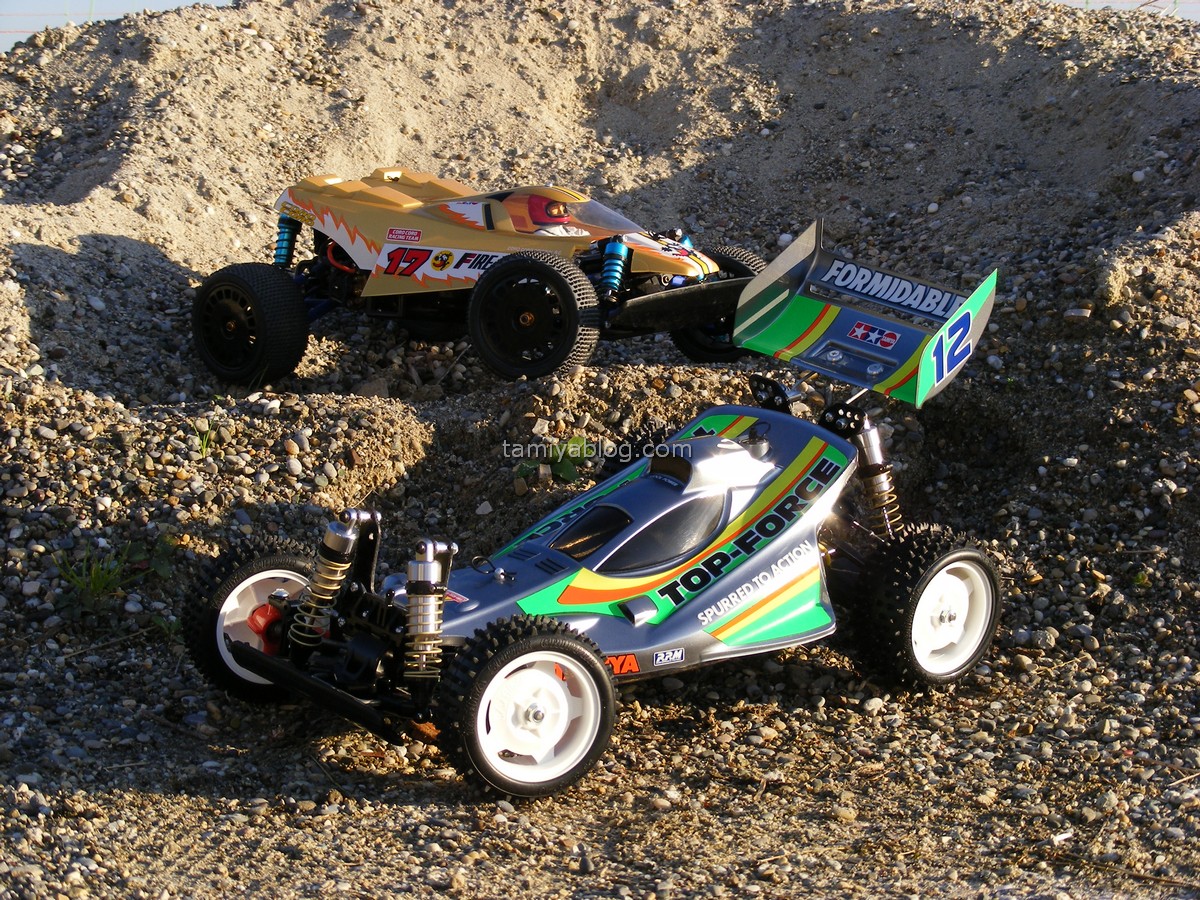 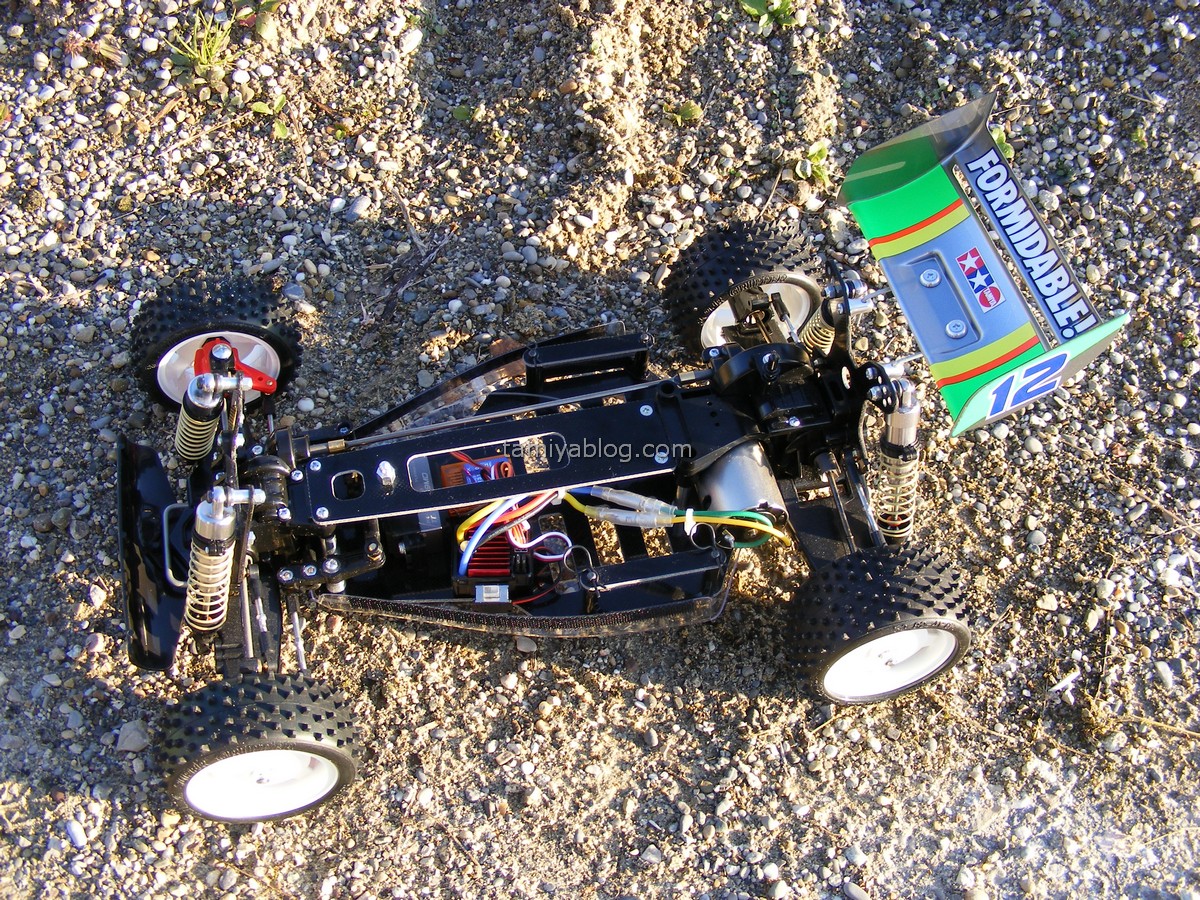 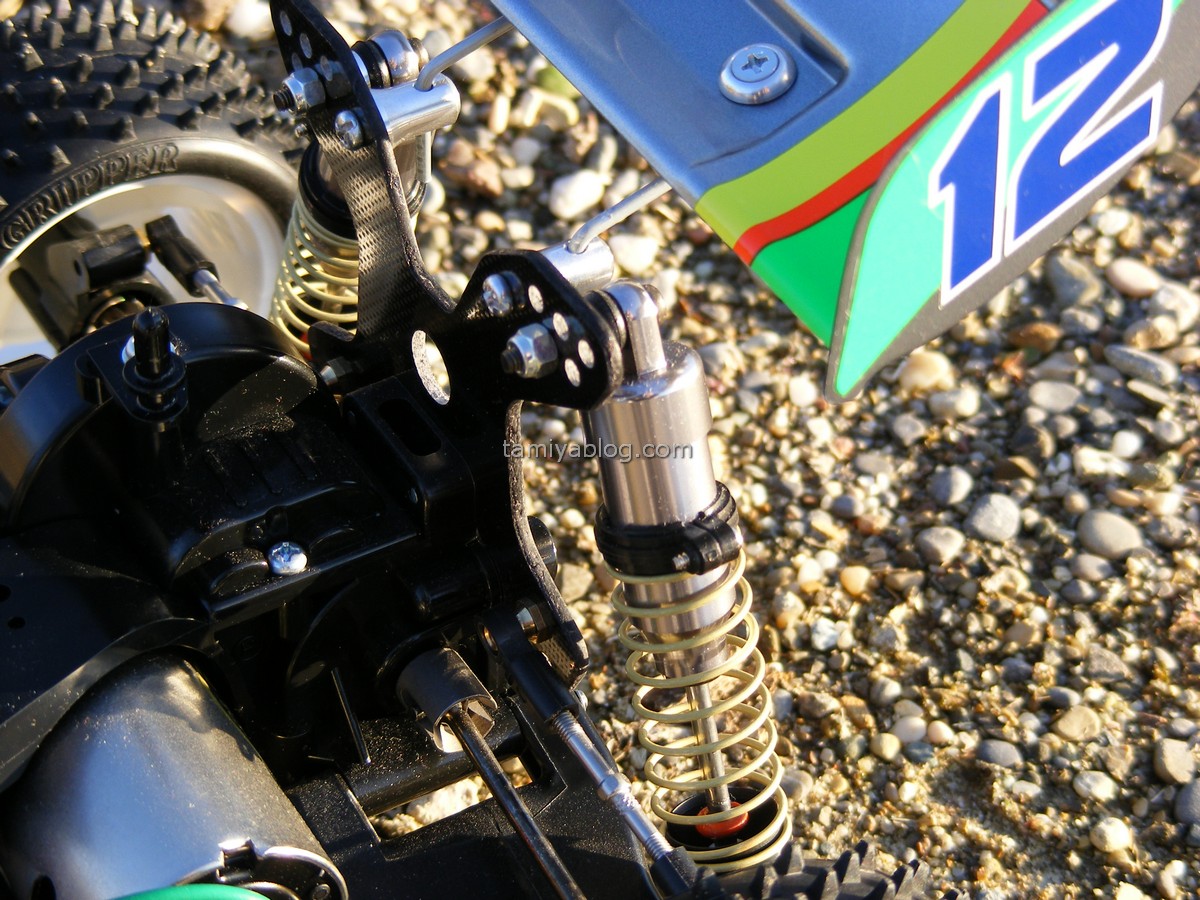 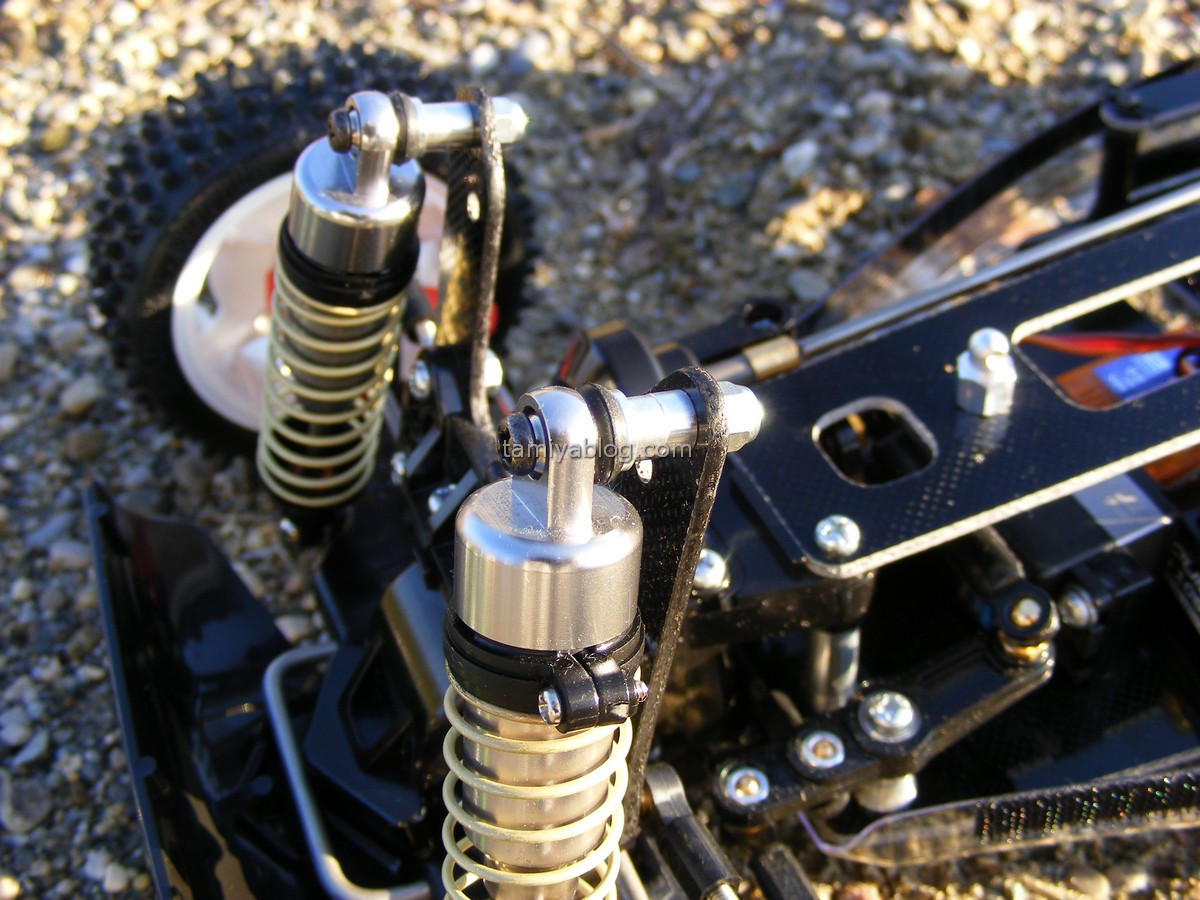 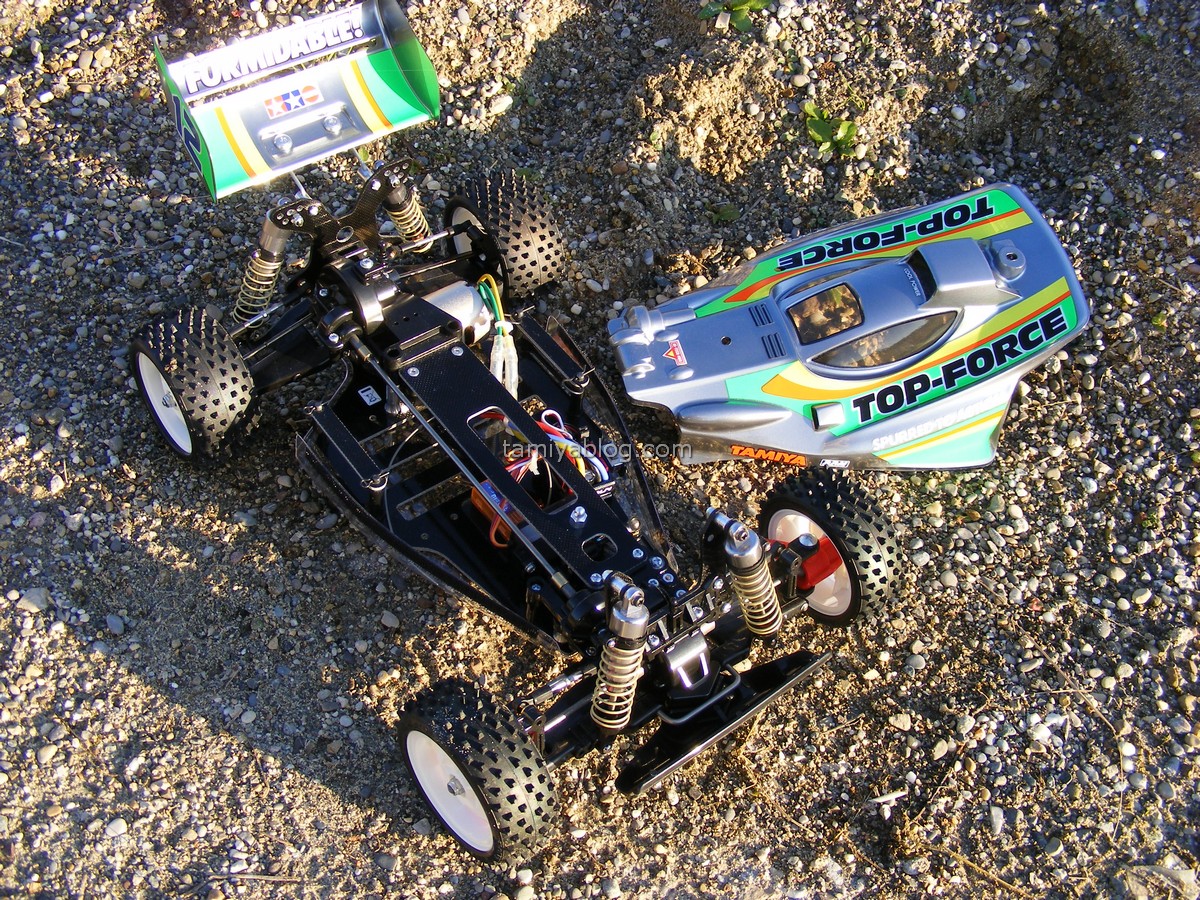 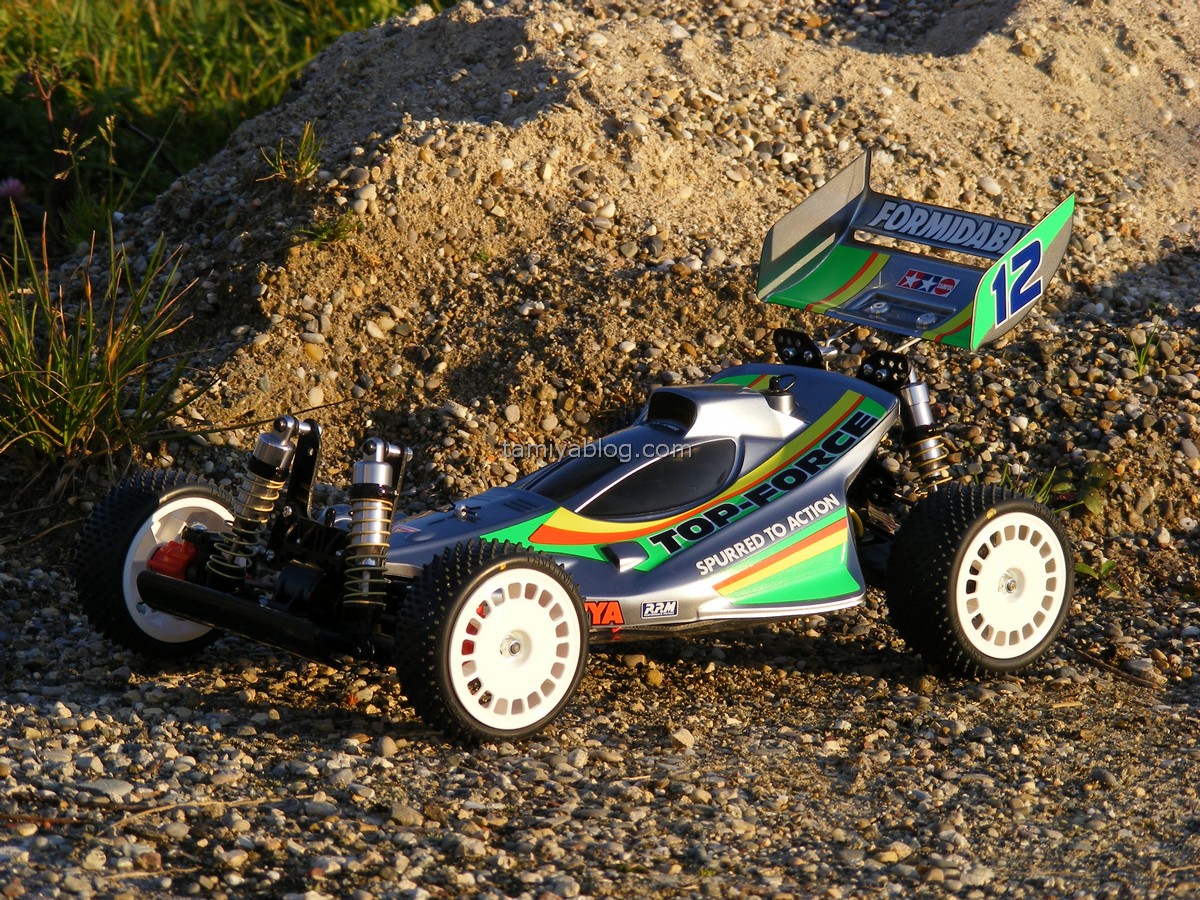 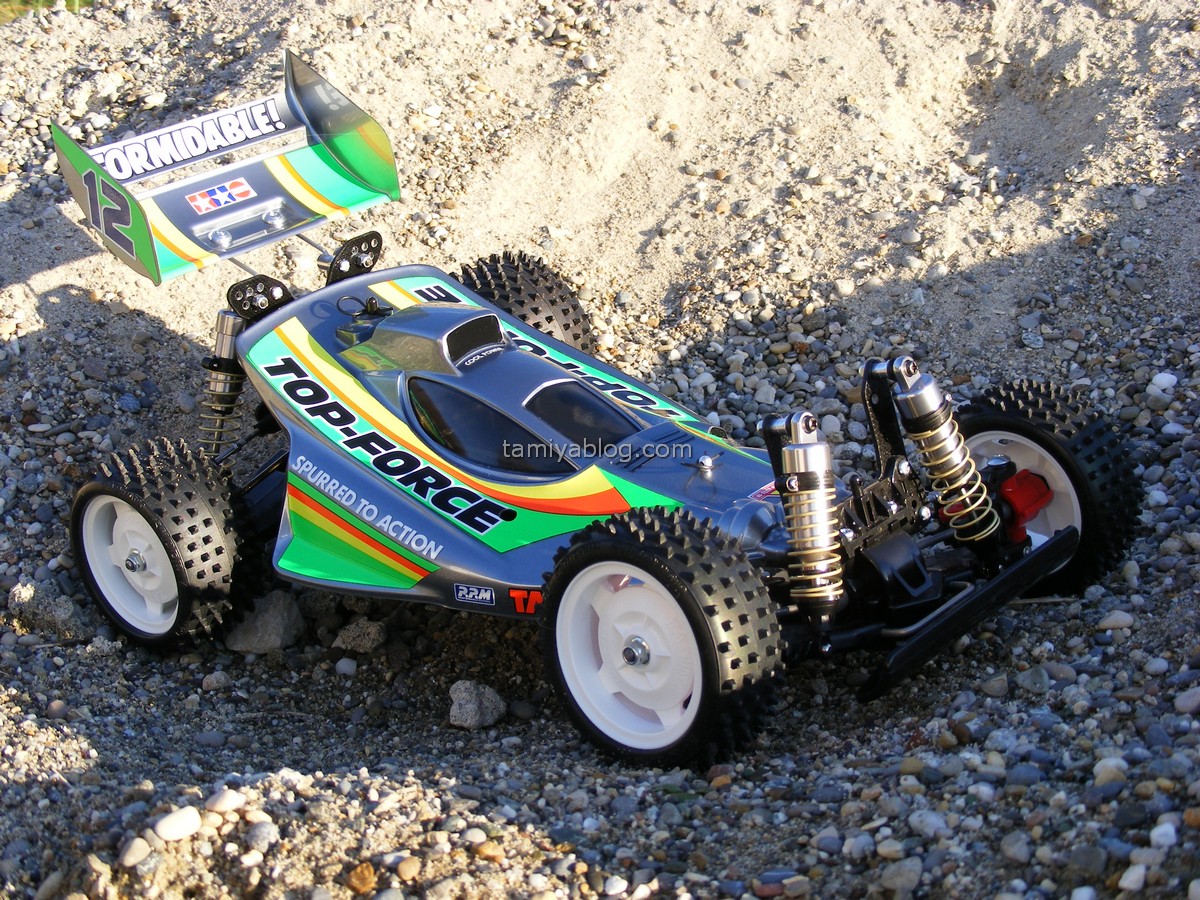