July 20, 1969, the human race at the Apollo 11 stood for the first time month. Just 30 years since then, let’s introduce the memorable kit. The world’s first space flight success of Soviet Gagarin astronaut, President Kennedy was impatience. What remains there is no support, “the United States is committed to! To return to and safely stand a man on the moon in the 1960s,” I had declared. February 1966, the rocket of the Apollo program will start is complete experiment. But next January 1967, astronaut occur accident on the ground test of the Apollo 1 are all dead, you will stumble from the beginning. October 1968 after a review of the significant planning, manned test flight is resumed by the Apollo 7, will head to the moon in the Apollo 8. It topped for the first time the atmosphere in the human race, through the success of Apollo 8, which was traveling around the splendid around the moon, finally July 1969, the human race at the Apollo 11 is to stand on the moon. It is President Kennedy said, “the 1960s” was the last chance. Just real-time in the United States as well, took place is very Apollo boom in Japan.

Plastic industry various kit just to be among good company as “Apollo” and the name is sell it with from each manufacturer comes out into the world. Meanwhile, Tamiya news Vol. 18 on the inside front cover of the (1969 / November) for the “importance as a wake-up call and science model teaching materials to the simplistic model of” message rests, that Tamiya confidently awaited was spun off this kit is. Was that just after 2 months from the success of Apollo 11. The Apollo series There are three types. It is the “command ship”, “lander” and the combined two “spacecraft”. Scale 1/70, but I think that it ought to have to 1/72 if anyway at that time it seems did not worry too much. The exact scale down is of course that, but the troubled is Tamiya is power gimmick is the mainstream at the time. In order to reproduce the movement in space, I chose the form of a ceiling hanging flight. Command ship body in a built-in RE-14 motor, it was with a small propeller of transparent acrylic plate to protrude the shaft to the rear. Of course, even when combined with the lander is possible “flight”. Command ship is ¥ 300 of the single item, lander is ¥ 250, but does not match the calculation for a moment in this spaceship is ¥ 700, which coalesced, exhibition and the distal end portion of the Saturn 5 rocket, named space craft is here table marked with. Probably you can see those who have seen the movie “Apollo 13,” but, for the success of Apollo 11 was just too sensational, then interest of the people will go away from the rapidly Apollo program. Model industry just as it is, this kit is also what makes the production stopped in 1971. Just life for two years, contrary to perfection as a model, also because “no longer sell” seems to have been fatal. But also look at the current eye proportions and the moon diorama base of “lander” is I think sufficient pass, age did not allow it.

As an aside 1/100 space shuttle will be launched in February 1979, after 10 years, initially contrary to this also great can seems did not sell as much model. However become a topic ironically to at the time of the accident and Japanese astronaut et al., Of the 1986 Challenger it seems to have quite sold. This such as reflection and science and technology model sales to easy manufacturing stop learned in Apollo will be felt Shunsaku president’s policy of social obligations as a model maker. This is It is a reason to go to the heat-resistant tiles of genuine Japanese version of the space shuttle HOPE. But a chance to even the day falls on a hapless kit of this Apollo came to after 25 years. In 1995, the movie “Apollo 13”, which boasts a huge hit. Came out in the movie is exactly in that this kit, it says that there is talk of limiting resale in Tamiya house was up course. But pain unfortunately die violently part, resale has been shelved. Or the other of you think that a significant number were sold if this time sold about you ?? As can be resold in the resale impossible and said the 1/12 roller T-70 also refurbishment also sorely is mold, I think that can not somehow Apollo resale can be what this year’s 30th anniversary (1999)? 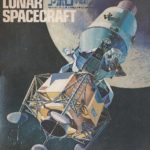 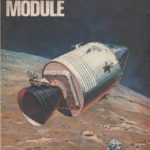 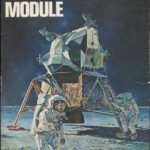 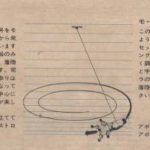 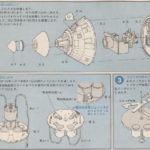 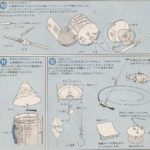 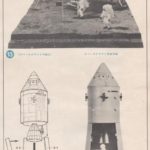 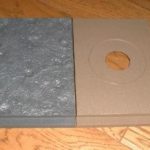 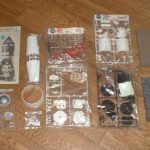 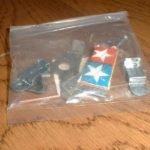 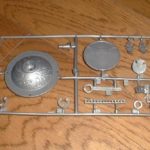 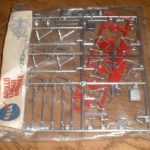