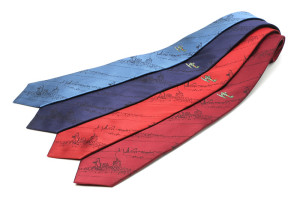 Model fashionable items of the chest that the fan claiming casually

in March 2015, is widely reported news that the battleship Musashi is found in the Philippines off the coast, model fan would be of course many people still fresh in our minds of. Tamiya tie to commemorate such a Musashi discovery is appeared. The weaving of 1/350 scale of Tamiya a line drawing of the “battleship Musashi” to the dough as it is as the data, it was a was a carrier-based aircraft “Type-0 Water observation machine” to one-point embroidery on the chest. The material is 100% silk using a high-quality silk, is made ​​in Japan, which was made ​​under the consistently to sewing from woven fabric Niigata Prefecture Tokamachi factory in strict quality control. Color navy blue light blue, dark red, red four-color, width is 85mm. 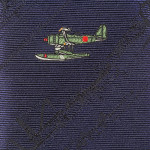 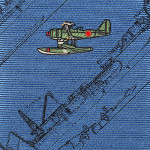 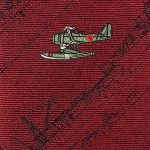 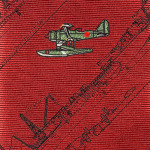 ※ The image might be the real thing and some color feel is different.