After a long time is the emergence of big game to. 1/21 Deluxe tanks series of shining kit No. 1, M4 is Sherman (remote control). Almost a year from the smash hit of the 1/35 Panther tank that has been shipped to the New Year of 1962, where the Tiger tank, is Rommel tanks and lineup began to set, Tamiya is to start a series on one rank. Slightly from Panther tank, no two around large body was remote M4 Sherman of scale of 1/21. Although the scale of 1/35 are the legend that came out from the built-in two AA 2 batteries, or Will because this 1/21 came from a single 1 battery four built-in? It is not yet known to the surprising, but this M4 Sherman remote control version is now on sale earlier, the single version comes out is September 1965 after two years and a half. And is the M4 Sherman of this remote control version, it exist roughly divided into three types to be surprised. In our laboratory but had confirmed that there are two types (TKK45 edition and RE36 edition), sentence of a certain literature has caught the corner of the head, it had been followed by a refreshing not state. It is downstream in the M4 Sherman introduction of articles is in the “boy plastic model newspaper” of the “boy book November 1965”, “from Tamiyamokei, and of had been out before, is an improved type”. But in the previous thing any state, I did not know exactly what it is if improved. It is, I was at once resolved with a single phone in the other day. Main phone Nariyuki Mr. Nagasawa. As far as I know, it is a collector which boasts Japan’s quality. “I did you finally get the remote control Sherman from abroad, but somehow I’m situation is strange. Yeah, I’m a no remote control box also be seen.”. . . . . Soon the outcome of the interview, which flew with a digital camera is following the research announcement. They expressed their deep appreciation to Mr. Nagasawa to take this opportunity. The earliest version was ridiculous remote control box. Single one battery four are built in the lower body, and I was operated at dial (!) By issuing six of code to the outside of the vehicle. The dial-up remote control box does not have to have been introduced so far in the literature as far as I know, it seems to be whether Japan premiere. In the exactly radio-controlled idea for putting the power in the car, very but are also drawn reference placement guidelines for radio control, the price of the radio control set set at the time because you should not buy Oisoreto also adults, how this M4 Sherman There you can see what was lofty dream for children. But to infer from more than one document, also this remote control format is like working is not a certainty, at the same time gear box and single is released in 1965 becomes an integrated, single-2 battery using four push-button boiled fish paste type remote control box was improved on. Even more surprisingly, although it was front-wheel drive type gearbox is to assemble one by one the original gear, in the improved gear box will change to the rear wheel drive is integrated part (Thank Morimoto san). However, the first version and try to note despite the front-wheel drive, jagged even idler wheel is a rear wheel has been molded, or had in mind the transformation of the rear-wheel drive from the “beginning? You aside the question of, “but, by being 1/35 Panther tank mold jagged idler wheel while being front-wheel drive is also such, it standard at the time there was a mold jagged without a driving part to understand, it will be somehow convinced. And in improved, sprocket wheel is a front wheel by sliding back and forth, tension of the rubber caterpillar can now be adjusted. This was very important in the sense of smooth running. That is, in our laboratory we will classify the 1 / 21M4 Sherman as follows

When I Himotoi past catalog is now, certainly for you, but have come up with 1/21 Sherman as coming soon on the back cover of the 1963 version of the catalog, we Yes draw a single one battery four use. Do not have a prejudice, it it is basic to better check the hand of the material. By the way, an aside, Nagasawa said the 1/21 remote M4 Sherman owns two, but I was to release one to about five years ago, was worship one day who I was left with another Once gotten Te, you may went blank has entered the car kit are two instead with empty inside. That said one has completely forgotten and that is an empty box (Since it contains the car kit in even try to have there was a moderate weight), it is a translation had ceded one only Sherman . Thing’s disappointment was considerable ones, was continued inquiry into the world of mania in his network, is this kit found in after more than three years, it also it came to Mr. of the original with a great bonus It will be. So haiku. “Collectors, sometimes Let’s open the box.” 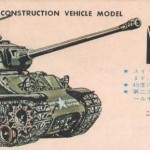 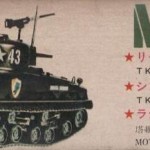 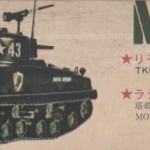 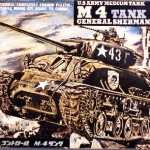 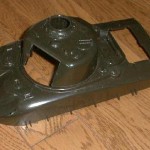 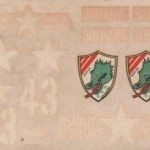 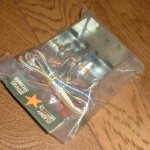 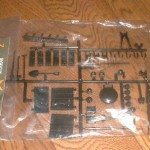 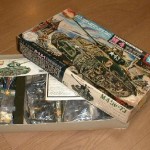 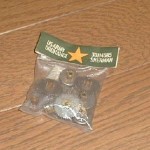 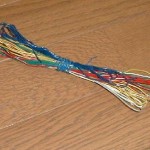 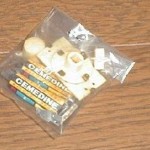 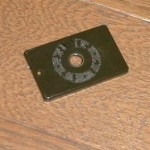