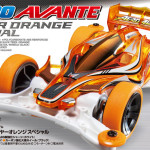 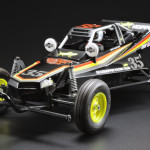 May will be released in late Grasshopper Black Edition price (including tax): 8,640 yen Item: eighty-four thousand four hundred and sixteen ★ RC off-road vehicle ” Grasshopper special version of “. ★ impact styrene resin of the body is black use. ★ wheel fluorescent yellow color that sets off the black body. ★ adopted the white of the damper spring. ★ sticker while maintaining the original design, was a dedicated color ring to match the black body. ※ dealer that can be purchased will be announced at a later date on this page. 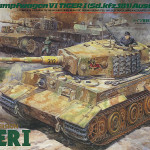 June will be released 1/35 German heavy tank Tiger type I (late production type) ace crew set Price: at a later date guidance Item: 25401 ★ Tiger type I (late production type) in addition to the kit, to wait on the car relaxed pose of tank soldiers figures for 4 pieces . ★ Adopt realistic articulated track. ★ slide mark deluxe edition that contains the number of troops marks and vehicle number, beginning with bit Man Captain boarding vehicles. ※ dealer that you can buy in this page will be announced at a later date.