The salvation like a revival of the dead while the Tamiya Tiger tank produces a synergistic effect with Panther tank was released in January 1962 showed the explosive sales, was released after six months, seemed to fall into financial crisis. Anniversary sale is made to place it round and three years passed since release and.

Was aware of the existence of the sale that our laboratory is shamefully from the 21st century, was a small cutout image we saw in an online auction. One day, I have been a seller may (!) Tamiya Big 1/21M40 shot, orange ticket of the exhibition image of an unfamiliar corner of the state opened the box I saw. Please tell us politely was all the characters are printed on the face and to ask the seller. An attempt was made to bid “this is! Very” and, in our laboratory owns the M40 big multiple shots already, in the bid fondness for just for one ticket that has a natural limit, sorry I would have ended in results. Assistant laboratory can not give up was contacted again to the exhibitor, if you could reason such “, the goods were would send it to the highest bidder, feel free to use so there is a picture of the ticket was taken when exhibiting image has been sent with the message “Please. Although it was not completely positive what respect was also clear character image to read a great article.

I was able to get those amazing few years later. Tamiya is the poster of the tattered state was put on the store model has been around for a long time in a certain prefecture on the Sea of ​​Japan. What I like from the perspective of the end of 1964 lineup? Is a valuable document of Ultra S class, and dirt from sticking paper violently removed, while carefully addressed to the vapors, framed affixed to mount, it was finished the restoration.

Then, to obtain the same model is also open-reel tape recorder hit the premium image had been listed in the poster, set polished carefully also: Exhibition “Shunsaku Tamiya (July 2006)” I was allowed to be exhibited. Incidentally, you have seen the open-reel tape recorder and this poster President Shunsaku Tamiya impression (at the time) “This is as hard again N ~ s. I came out, more information – I wish I do not remember” was.

In April 2008, has passed when even “moving tanks Tamiya Plastic Model Encyclopedia” and have to re-organize your roundup of hand Upon publishing the article, I realized that serious. It is that it is not what is written in this ticket and poster that represents the contents of the same sale. But did not realize that I wonder why you think that from now this simple, but it is written “anniversary sale exceeded 1,000,000 units Panther Tiger” to the ticket, “hit in the tank of Tamiya tape recorder” in the poster and it was written, there was a will and prejudice another thing from the nose. It is also one of the causes had been a safe place because it was different dimensional image management rather than have the actual tickets. But has been emphasized that prizes such as 1 is stereo and the “Solo Stereo” on the ticket is above all, in the poster is that the tape recorder of prizes, etc. and 2 Dekadeka has been appealed greatly in the title image and for some reason there will be also.

In the “Encyclopedia of Tamiya Plastic tanks move” safely, but I was able to introduce with the integrity to put into the Japanese model newspaper article announced lottery results all told, at the timing immediately after the Koryo, on an online auction just I found a great thing. Although it is M48 Patton was the Tamiya 1/35 of the state junk, familiar orange ticket of the corner of the image of the state opened the box you will see this also. It was bid at the risk and does not need to say! “Was here 100 years.” And M40 Big Shot Fortunately, that the degree of popularity is different, there also was not aware of anyone or perhaps those ticket represents what, including its existence, to be sold at reasonable prices, and that was junk I was able to.

The M48 Patton, but I do not apologize, it was confirmed that the goods arrived first thing is a ticket. The print shop because it was after the manuscript has been sent already, and I was allowed to reflect on the occasion of the reprint. Also took strong for reprint sales Fortunately, in the “Encyclopedia of Tamiya Plastic tanks moving” version 2 or later replacement there are those that are set scanning the original ticket (see p21).

When the flow has been doing for days to get a prize such as a further finally. I appreciate your reply who to ask when the person in charge of the Tamiya and certain! “I want to exhibit all together” so called “Let’s create a place at the time of the Tamiya upcoming open house.”

As mentioned above, there are circumstances – not long, full reproduction of the “anniversary sale exceeded 1,000,000 units Panther Tiger” is now available beautifully. People who have actually carried the foot you probably do how? Seems quite a few in-house became a topic Tamiya In fact, the stereo is so old was a big old? “What is this”. Incidentally, how is selling one million units sold when Tiger and Panther is said at that time was 360 yen, will be at least 360 million yen in sales in a simple calculation. In the story of 45 years ago from now (^ ^ ♪. “N ~ I, ~ I’m thinking it ‘s was a cumulative total of all the tanks Tamiya” Perhaps I asked the President Shunsaku Tamiya even this area was that of the The · · ·.
(2009/05/23)

Electronic translation and photos from 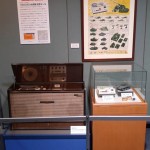 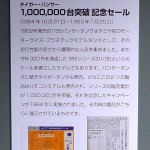 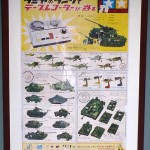 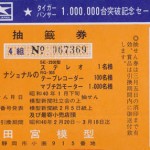 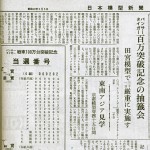 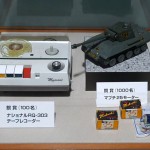