First of all happy new year, may 2009 bring everyone what they desire, not only modelwise (an article about that will come soon), but in every aspect.

The Tamiya Toyota Tundra is a very controversially discussed model between the editors of Tamiyablog. On one hand we like it since it has a quite nice and detailed body and especially since it is in our humble opinion the first real new 3 speed where not an older body was used. On the other hand we are critical about it because its an impractical and “bling-chrome” SUV which has not much in common with a practical and moderate cost pickup like the Hilux and is a gas-guzzling life-style car of a, fortunately even in the USA, dying breed. This motivated me to get one and try to “un-bling” it and bring it closer to the simplicity/practicality principle of the old lovely Tamiya/Toyota Hilux. The dampers and most of the chrome parts were stripped and painted black, the suspension was lowered, other wheels and tires were used, several “extras” weren’t used at all and the car was painted with a special automotive colour. Hope I succeeded at least a bit. 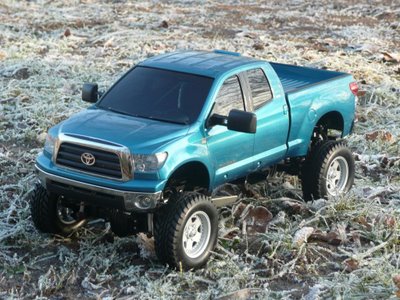 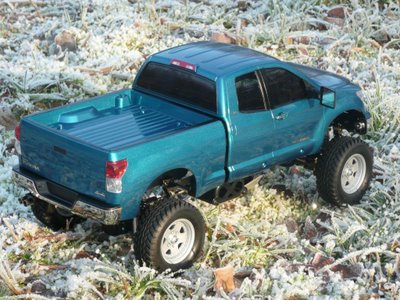 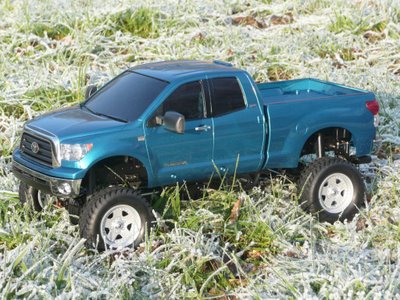