It started with Black Motor

Tamiya modified the surprising history of the oldest motor, the car’s history and almost Tamiya RC say. Of the actual vehicle so as to the performance of a short cut up the power of the past still more powerful. Tamiya electric RC cars started in only two years, as a series of three books, “Tyrell P34” is not out between December 1, 1977, as an option as early as MABUCHI appeared RS-540S. This is strictly modified motor is not just opt parts, but since TAMIYA modified motor “origin” as ignored. Incidentally, the less surprising it is not known, 540 S / SH 27 is a single-turn 0.65-mm wire (MABUCHI house, “6527”), the spec motors.

“MABUCHI RS-540” in the first place is for RC kind, but a general purpose multi-purpose motor. Therefore, the noise killer custom specifications for the capacitor as “external” had been. It’s also the first white plastic end when the bell is the largest single ceramic capacitor, + – with bipolar form of a direct connection. The method is also seated, from now if Surprisingly, hand soldered (!) Was (S 380 photos of the 540 S is the same example). 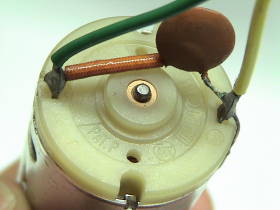 However, third-party products, including electric RC continue to hit in, as might be expected in the March 1980 to April release “Williams FW07 / Special Lotus 79 competition” been included in the standard kit believed to be the second generation of black bell-end specification was revised sharply noise killer. In the same ceramic capacitors, high-frequency response can be further small two types of specifications and the motor is initially cans soldered to the ground as the spot welding and in later years become a bipolar system and can connect to the change. 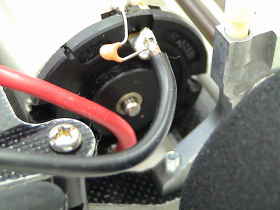 By the way, 540 1970 days of the late, but also consider the impact brush not been the normal rotation reversed either because of the possibility of using the 540S Well, “advancer zero” is used in Bell’s end. Therefore, the brush is, reduced advanced with a more powerful, because someone dropped a piece of the direction of advance for “National Si inversion” is as much motor HAYASA tuning, in that era.

Incidentally, after a 7.2 V SH 540 specification change by the end bell metal, brush-angle regressive
540SH is with the brush of rise as the rotation of the output is not balanced and fall slightly as being redesigned. Automotive windshield wiper and dryer are also used as a generic design for parts, consumables and brush “powerful” What if “a defective product” does these specifications, but it will be desirable, for the same set RC is being diverted (option can be changed to the manufacturer) about why the story from Tamiya, because it is not unknown. It appears most, “standard kit” from the definition of the “performance embezzle up as” no better story, and the judge.

Noise and the recent measures have become commonplace because of the noise killer standard equipment, and equipment to be built in the way so that the end-to move inside the bell. 540SH (SH 540 Bell divert end) have the noise capacizor invisible from the outside for such a reason.

RC 540 for the S, V 6 initially on the premise that power, which NiCd cells 5 (generic cell SC 1200), or four batteries realized. However, the hollow rubber tires were standard, but it had enough power. At the time, 1 / 12 scale in the center of the machine is a gross weight of 1,200 g around. Some electricity users are strong, RC take power from the battery power for a single three-cell RC 4 (1) 1100 g until it was much lighter. Therefore, the “V-6 Power 540” But the speed of 25 kilometers per hour to 30 km / h is much that time. Of course, bearing the machine is in the ball bearing firm Yeo anybody!

(Note 1) This later became “BEC system” in the form of voltage feedback, and generalized.

Now, the time has progressed and came in the 1980s, manufacturers have increasingly non Tamiya model was started at the All Japan Championship JMRCA also sponsored a youth hot gradually, as Tamiya trend of the times, namely indefatigable White Power pulled wave of competition.

CAN AM LOLA this kit, and the peak of Japan JMRCA “Works confrontation” in 1980 was the heyday of the long-awaited Tamiya is sent to the legendary “RACING MASTER Mk.1″ Yes, that ” CAN AM LOLA (Item 58021). ” The machine came with the motor is the first modified Tamiya (Note 2) as a motor MABUCHI specially designed for the “BLACK MOTOR.” Officially, the original “Black MABUCHI RS-540SD” (sp.136, 3,800 yen) called. Output side, but only just bearing ball bearing parts, 12 degrees brush advance is given the direction of rotation is given by Tamiya’s first pure motor racing. In addition, the motor is set, KAUNTAKKU / Porsche 936 (380 chassis specifications S) can be attached to the post with the gear case. 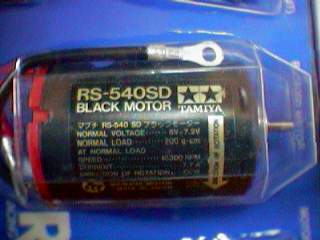 CAN AM LOLA BLACK MOTOR included in the initial form. BLACK mOTOR “sprint” convention is not to have or know? Also, prior to July 1979 CAN AM LOLA the COUNTACH such as “Special competition,” a popular series owing to the strengthening of the battery as a form of the first six Tamiya cell pack “TAMIYA NI-CAD 7.2 V battery (Item55008, 5800 yen), “the so-called” camel packs “have been released. This is still around, Tamiya cell GP 6 = 5 V, 6 V JMRCA five cells from 7.2 V to 6 cell migration into the United States overseas ROAR (IFMAR), the effects of the rule are already six cell 7.2V fixing the chaos. Look back on 1980 and look around, even the local races are still a lot of 5 V 6 cell. Remember to pack a camel race is not used. Camel pack at the time, to get the most YASUKATTA 6 cell pack, but in the IKANSEN “Tamiya only” packaging, and other manufacturers are using ZURAKATTA chassis. Lead to the current “straight-pack” of the 6-cell pack began to spread, Tamiya “RACING PACK (Item55015, 5,800 yen)” in November 1982 called for the release from the beginning.

(Note 2) At the time, “modified” is a high-performance motors imported from abroad, is strongly nuance of the public. At the time, and basically MABUCHI IGARASHI size of 540 Kang each rotor to teach special tuner that, in many cases, therefore BLACK MOTOR bell-end like that which has been fixed and no less. At Noli “decomposable motor modified =” in the sense of understanding and misunderstood part of it may please note.

BLACK MOTOR sprint. End feature red bell then JMRCA, at the top of the international organization IFMAR World Championship affected by 1 / 12 of the race Racing “Race 8 minutes” in the transition. Only 2 to 3 minutes in travel time to wrestle power had been chasing the red bell end “BLACK MOTOR” This is obviously not respond, “The new rule is not supported Yeo,” It’s clear to a “black Sprint “(sp.189, 3,000 yen) and renamed. COUNTACH for conventional gear came with the case is omitted, and the part number of new packages are also now on sale from August 1983. Specifications remain unchanged motor itself two different types of packages have been sold. That era also there. Anyway, at the time the country’s most RC maniacs get easier for a common topic also been CHUNDOmotor. In fact, thanks for Tamiya products was not hit?

The following is included with the 1985 motor MABUCHI RS-540S to the RACING MASTER Mk.6 “Toms 84 C,” and Mk.7 “Newman Porsche 956” have been released, but in fact, these kit The 540 is included by the people in the know, “S 540 visceral bearing” white goods. This photo shows the spot. Yes, the original zero advancer 540 S (black bell-end second generation specification V 6) “BLACK MOTOR” a combination of the bearing. Toms SUPIKON terminal with 84 C / Porsche Newman exclusive goods, and (at that time) only service available only in the very rare items. 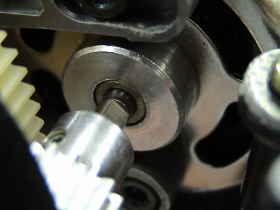 The S 540, April 2006 “Porsche 956 / C 84 Tom’s” After the introductory page up, and customer service inquiries among former No miraculously “only two” left, because it was so quick purchase it. But unfortunately, the motor is obtained by changing specifications and the specifications of 7.2 V Le regressive angle with the metal end-all “SH 540.” Model SH 540 at the end of the motor had been changed and that’s it. Sample added to the number “540 S-bearing” high-precision test data like to take the initial KANAWAZU purpose is regrettable, but in the SH 540 and 540S to switch time is valuable to know the facts and to understand MASHITA.

“BLACK MOTOR” series is the first modified Tamiya was as revolutionary, as MABUCHI, RC motor dedicated custom made for the first time in the sense of historic motor was worthwhile, but the contents – , frankly, then look at it from the level of potatoes was very SHOBO. Only the output side of the ball bearing bearing on the end pure metal bell left side, Kang, rotor, the end of the basic parts of Bell 540 and S were common. But, “I sold Tamiya is” more than just the value was enough. This is also still the same old dear. In that sense, “Tamiya” is a brand power SUGO say meekly.

As Tamiya, 20 2 6000 yen! (Inflation-adjusted value is now around 70,000 yen will be) very expensive “CAN AM LOLA” I would not sell that much, but I do not take the risk of product planning may have failed . Certainly CAN AM LOLA itself, nationally it, flattery and “sold” as is the sound banal. “Expensive.” Rather than “too heavy mechanical stiffness to the chassis-design but also operationally, game machines and other manufacturers to be” reasons. At the time, “Tamiya Class” What without the manufacturer’s race is a precondition without restriction, but in the face of such at the time already 1000 1200 g of “King Tiger class” Weight machines, which was CAN AM LOLA. Extras is a unique one-piece chassis MEKANIKARUGURIPPU absolute terms is less than rivals. Japan was also expected JMRCA A main BOTSU Kazu is filled, Tamiya Grand Prix is only active in the field. “Look” of the impact was very fresh (still!), But I run and the time to get the car made impractical proposition. This trend is the 1980s all the way until Tamiya car full of “promised” followed me like the 1990s and TOP FORCE EVO DYNASTORM also “bad tradition” was. A TRF414 in the main JMRCA finally arrived and settled in 2000, the sports class A main goal of the top (Heat 1 only) also realize, and ISTC (Touring Car world war) to produce two champions Champion second term four years to protect the seat manufacturer’s point of this tradition is a thorny completely, but it exploded.