Beyond the time a new “meteor (shooting star)” is born 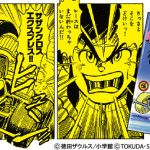 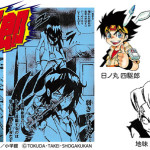 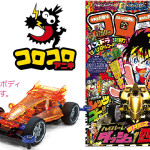 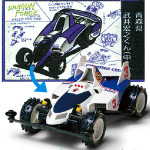 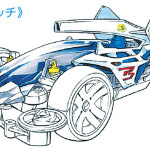 The new machine “shooting Proud Star”, was the trigger for the birth, “Shooting Star”. It is interesting even than seeing the two with a deep connection. Behind its shape, it has been put a lot of thought inherited a long history.

four wheel drive mini comics became popular about 30 years ago, “Dash! Yonkuro” machines that appeared in the “Shooting Star”. This machine, the work which was winning in four wheel drive mini design contest of Colo comic has become a draft. That what at that time of the winners, this time, he was Hiroyuki Takei teacher your identity of popular cartoonist in which the design of the new machine!

★ newly designed as a modern machine

Takei teacher himself has attracted support from many fans in the manga and anime work so far is, to again revived in modern times was thought to boyhood “Shooting Star” and a new thought The ride was started to run. It’s attention to its commitment survived design.

Colo Aniki No. 3 is released in bookstores nationwide around July 15.Appendix Emperor of orange clear body.Currently also the second issue of the photo above sale !! ⇒ Colo Aniki Homepage